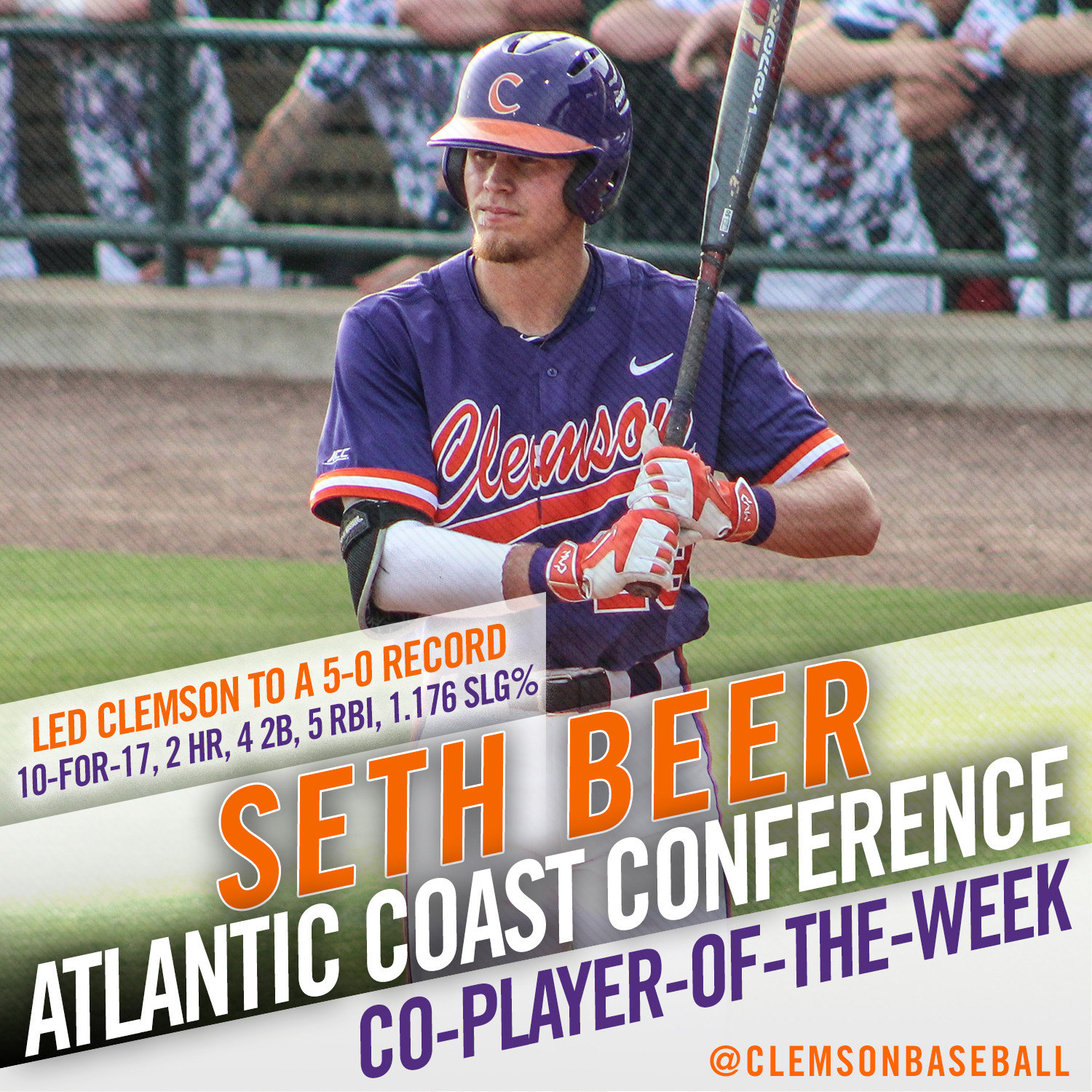 CLEMSON, S.C. – Freshman outfielder Seth Beer was named ACC Co-Player-of-the-Week, announced Monday by the league office. It was the second week in a row he received a weekly honor, as he was named a national player-of-the-week by Collegiate Baseball on March 14.

Beer led the Tigers to a 5-0 record by going 10-for-17 (.588) with four doubles, two homers, five RBIs, eight runs, four walks, one hit-by-pitch, a 1.176 slugging percentage and .682 on-base percentage in five games last week. He also had two hits in all five games, has seven straight two-hit games and is riding a 17-game hitting streak.

On Sunday, he gunned down a runner at the plate from right field, then belted a walkoff homer in the 10th inning to give Clemson a 3-2 win over No. 22 Boston College.