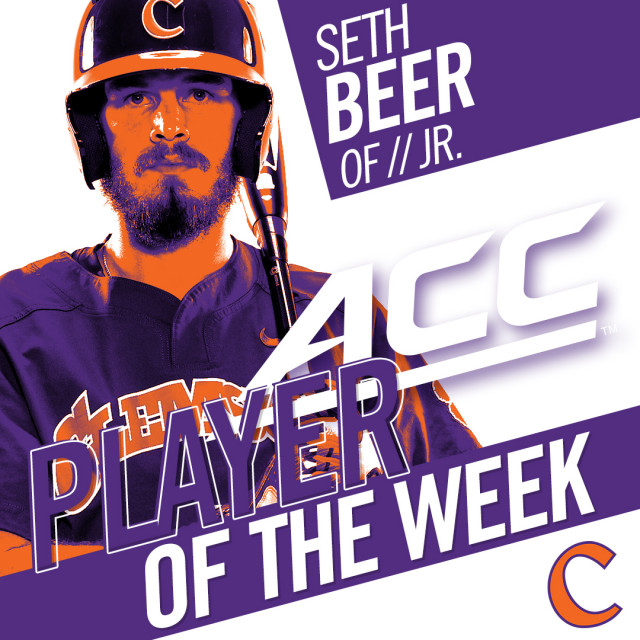 Beer had one of the best weeks of his career in leading Clemson to a 4-0 record in four road games by going 9-for-12 (.750) with three homers, one double, eight RBIs, eight runs, a 1.583 slugging percentage, six walks and two hit-by-pitches against only one strikeout and an .850 on-base percentage. He reached base via a hit, walk or hit-by-pitch in 17 of his 20 plate appearances. He also hit a home run in all three games at Pittsburgh and had at least one hit, one run, one RBI and one walk in all four games.