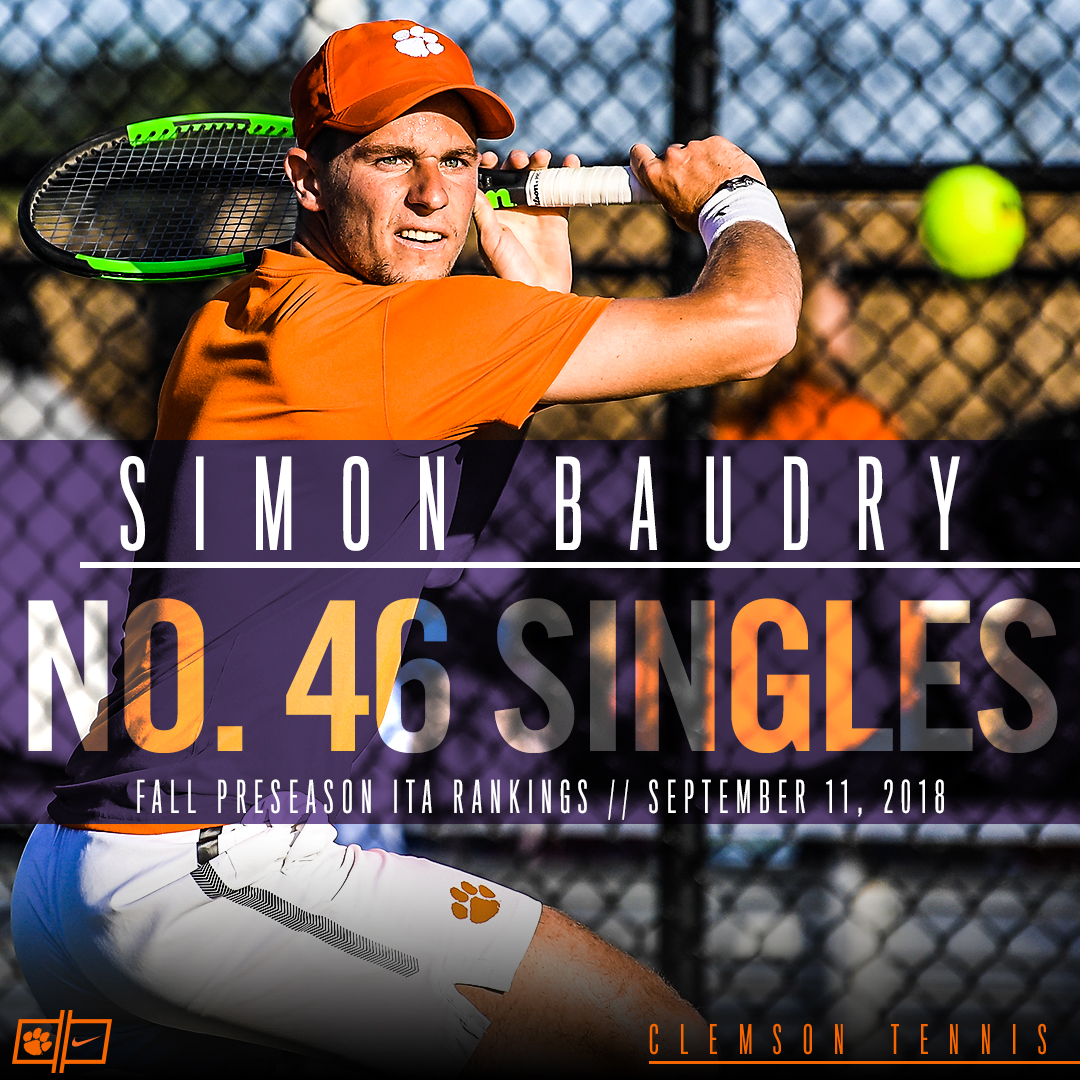 CLEMSON, S.C. – Simon Baudry is ranked No. 46 in the nation in the fall preseason Oracle/ITA Division I men’s tennis singles rankings, according to the poll released on Tuesday. The junior native of Bordeaux, France concluded his 2018 campaign with a team-best 22-9 overall record in singles matches, as well as a 15-7 record in dual matches and a 7-4 mark in conference play, both also good for team highs.

In the spring, Baudry’s performance in the ACC Tournament culminated with his first-ever win over a top-25 ITA-ranked player when he defeated No. 17 Nicolas Alvarez of Duke at No. 1 singles in the second round of the ACC Championships. He then was named Second Team All-ACC, marking his first career all-conference honor.