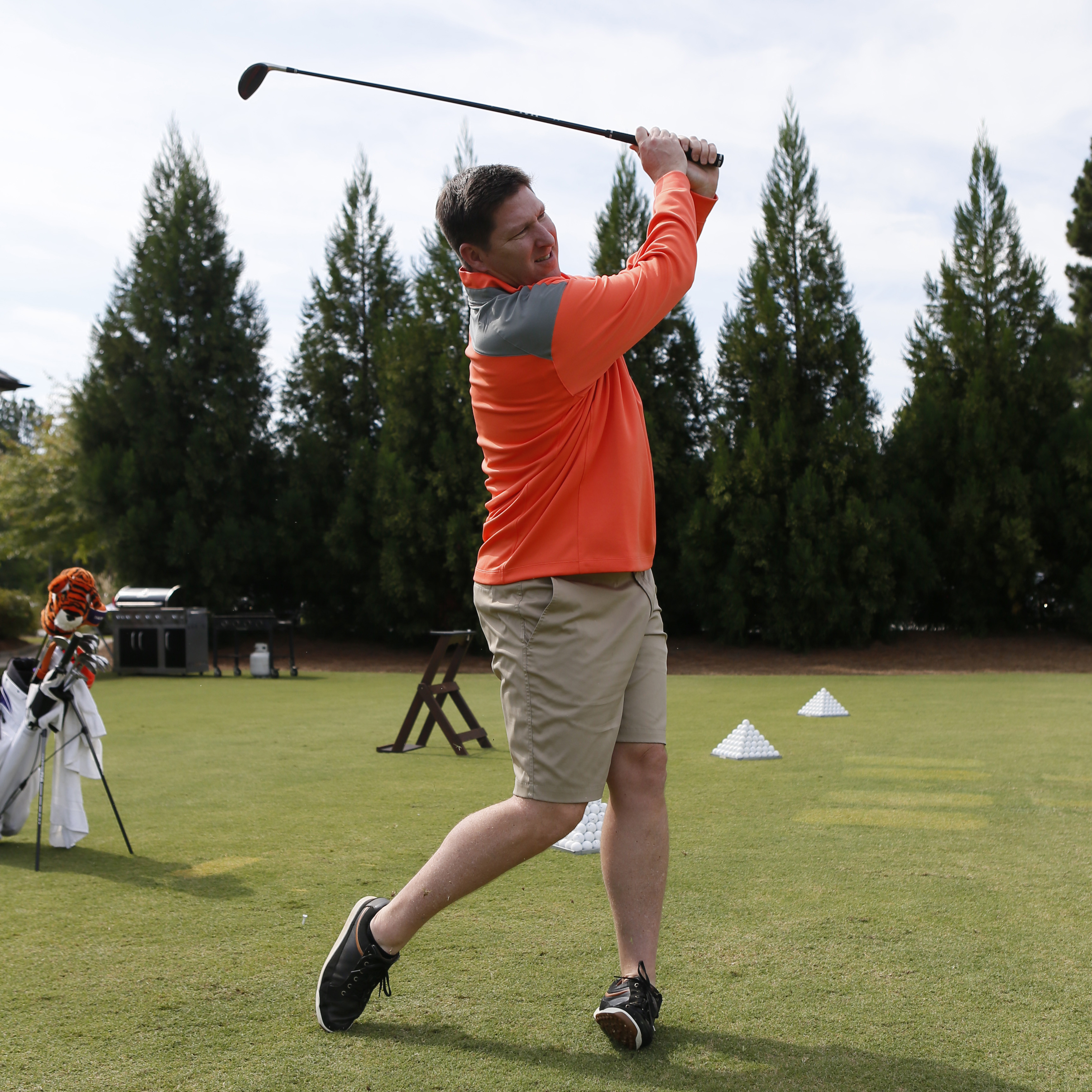 Members of the men’s and women’s basketball coaching staffs met with the local media Wednesday at a new venue for their annual preseason golf outing. Brad Brownell and Audra Smith are preparing their teams for the 2014-15 season, and both were joined by their assistants to talk about prospects for their respective programs at The Cliffs at Keowee Springs.

WCCP-FM (105.5) was also on site for a remote broadcast. The radio crew spent time with Brownell and Smith, as well as Mike Winiecki, Steve Smith and Lucas McKay from the men’s staff, and Daryl Oliver and Kayla Ard from the women’s staff.

.@Coach_Brownell: “One player won’t do what KJ (McDaniels) did; but we have guys ready to take the next step.” pic.twitter.com/zHdFiFjhgq

Riley with the @1055TheROAR crew. “Coach didn’t have to say anything to get me to come; I was begging him to come.” pic.twitter.com/YbpWk3KRYy

Asst Coach @Stsmith864: “Landry Nnoko has developed into a leader, along with Rod Hall and Damarcus Harrison.” pic.twitter.com/f8KrA9VSFT