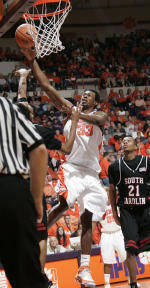 Clemson is off to a 6-0 start for the first time since the2002-03 season and just the second time since 1995-96. Clemson hasforced 44 more turnovers than it has committed so far this year.That computes to a +7.33 turnovers per game, first in the ACC.Clemson has a 45-15 lead in the series with Wofford. The Tigershave won 30 of 37 meetings at Clemson, but Wofford won in 1999-00by a 79-74 score. The Tigers have won three in a row,all atClemson. The two teams played 54 of the 60 series games between1912-49. Clemson won the most recent meeting two years ago by an84-77 margin. Sharrod Ford had a then career high 25 points to leadClemson and he added 12 rebounds. Vernon Hamilton scored 15 pointsand had five steals. Wofford led at halftime 41-37, but Clemson wonthe second half by 11 points. Clemson is coming off a 19-point winover South Carolina, Clemson’s largest margin of victory in theseries since the 1996-97 season. Clemson scored 82 points, the mostpoints it has scored against a Dave Odom coached team in 26 games.Shawan Robinson has 152 career three point goals and needs justfour to move past Tony Stockman into fourth place in Clemsonhistory. Robinson, who has made a team best 16-17 free throws thisyear, is shooting .796 from the line for his career, 10th best inClemson history. Clemson pulled down 26 offensive rebounds in thewin over South Carolina, tied for the fifth most in Clemson historyand the most under Oliver Purnell. Clemson won the second-chancepoints stat 26-9. Vernon Hamilton combined for 35 points inClemson’s win over South Carolina. Mays scored a carer high 19points on 7-9 shooting, while Hamilton made 6-12 shots from thefield and scored 16. Hamilton had just one turnover in the game.Starting forward James Mays has averaged 15.6 points a game in evennumbered games this year and 5.7 points per game in odd numberedgames. Clemson has four players averaging in double figures andthree more between 8.7 and 8.8 points per game. Clemson was 16th inthe nation in the December 4 Sagarin poll. Wofford assistant coachDustin Kearns is a 2002 Clemson graduate. Kearns was a manager whenLarry Shyatt was the head coach of the Tigers. He is the secondClemson graduate to meet the Tigers this year from a coachingstandpoint. J.D. Powell, a former Clemson walk-on under Shyatt isan assistant coach at Charleston Southern. Traffic Advisory forFans Attending the Clemson-Wofford Basketball Game

Those leaving campus after 4:30 p.m. on Tuesday, Dec. 6 — and those coming to campus for the 7:30 p.m. men’s basketball game with Wofford college — should plan their routes carefully to avoid area streets closed for the City of Clemson Christmas Parade.

Parade activities will begin at 5 p.m. with caroling and the lighting of the tree in front of the Planning and Codes Administration office at 365 College Avenue.

The parade will begin at 6 p.m. on S.C. Highway 93 at Bowman Field. The parade route will take units north on College Avenue, ending at Keowee Trail (next to Papa John’s Pizza).

Barricades will go up at 4:45 p.m. in the following locations:

* S.C. 93 closed between Cherry Road (at the President’s Home) and College Avenue (at Subway)

The traffic arm on Calhoun Drive, at Brackett Hall, will remain activated until after the parade to deter motorists from traveling toward barricaded areas.

Those parked in the Sikes Hall area will be directed to exit via Parkway Drive.

Once the parade begins, access will be blocked between College Avenue and all sides streets, including North Clemson Avenue, Sloan Street and Keith Street.

All barricades will remain in place until the conclusion of the parade around 7 p.m.

Officers from Clemson University and the City of Clemson police departments will oversee the barricades and direct traffic to provide a safe environment for parade participants and viewers — many of them children — to assemble for this annual holiday event. 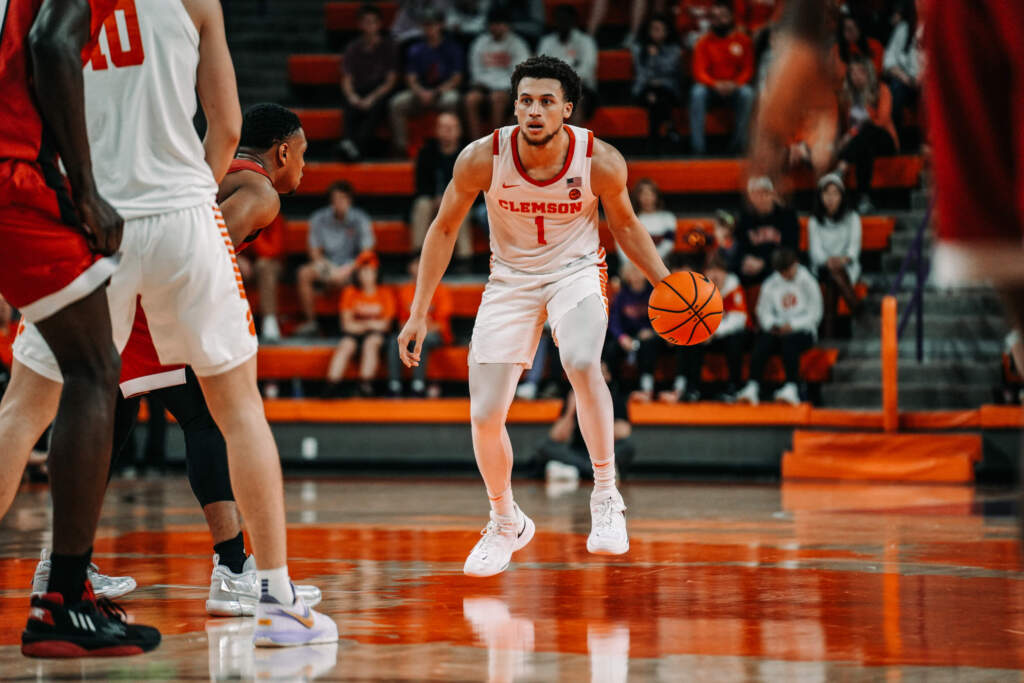 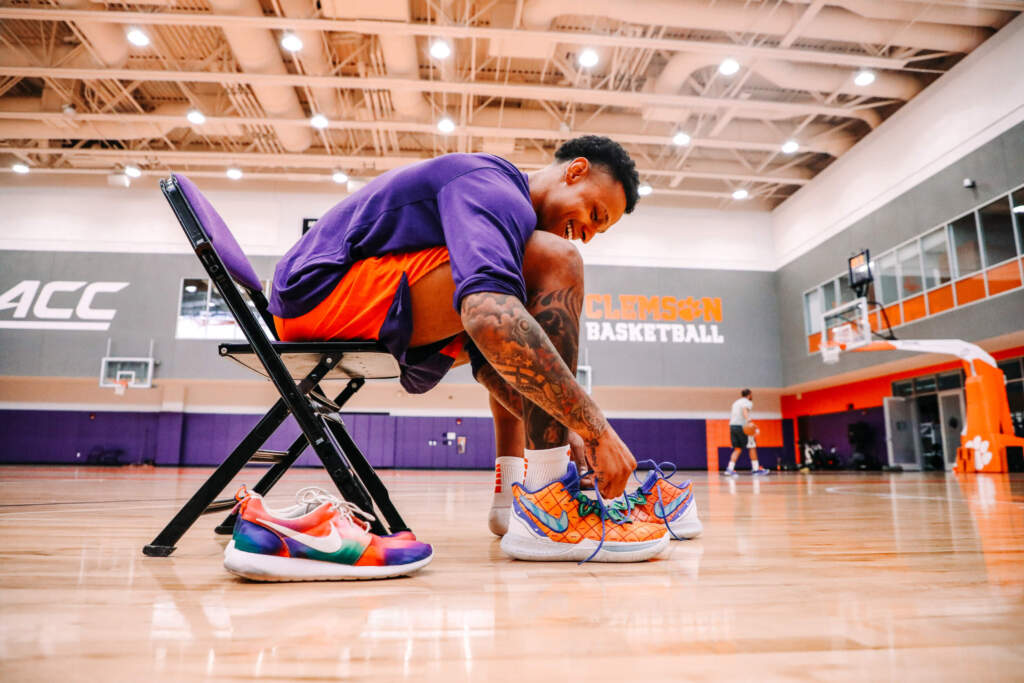 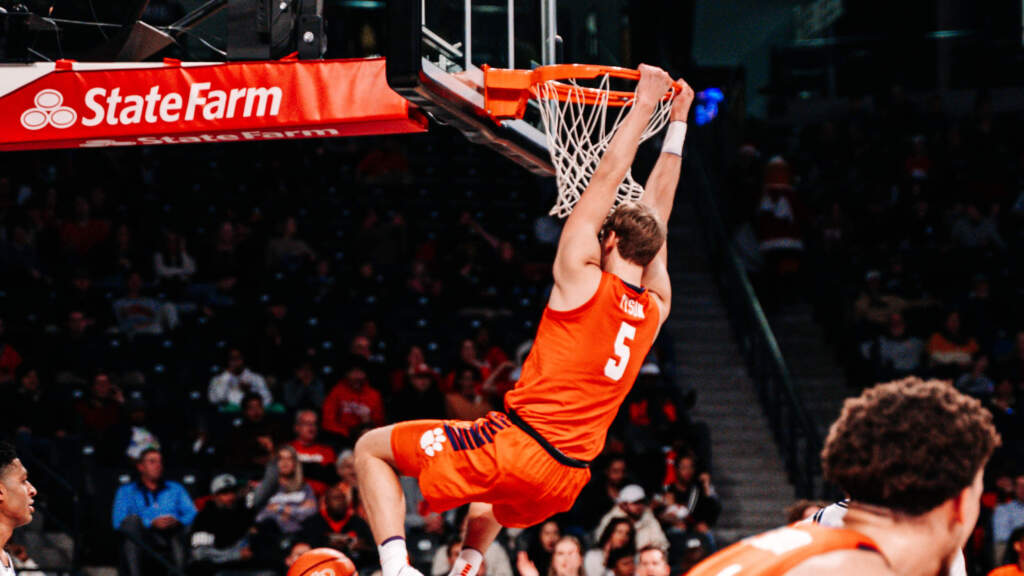