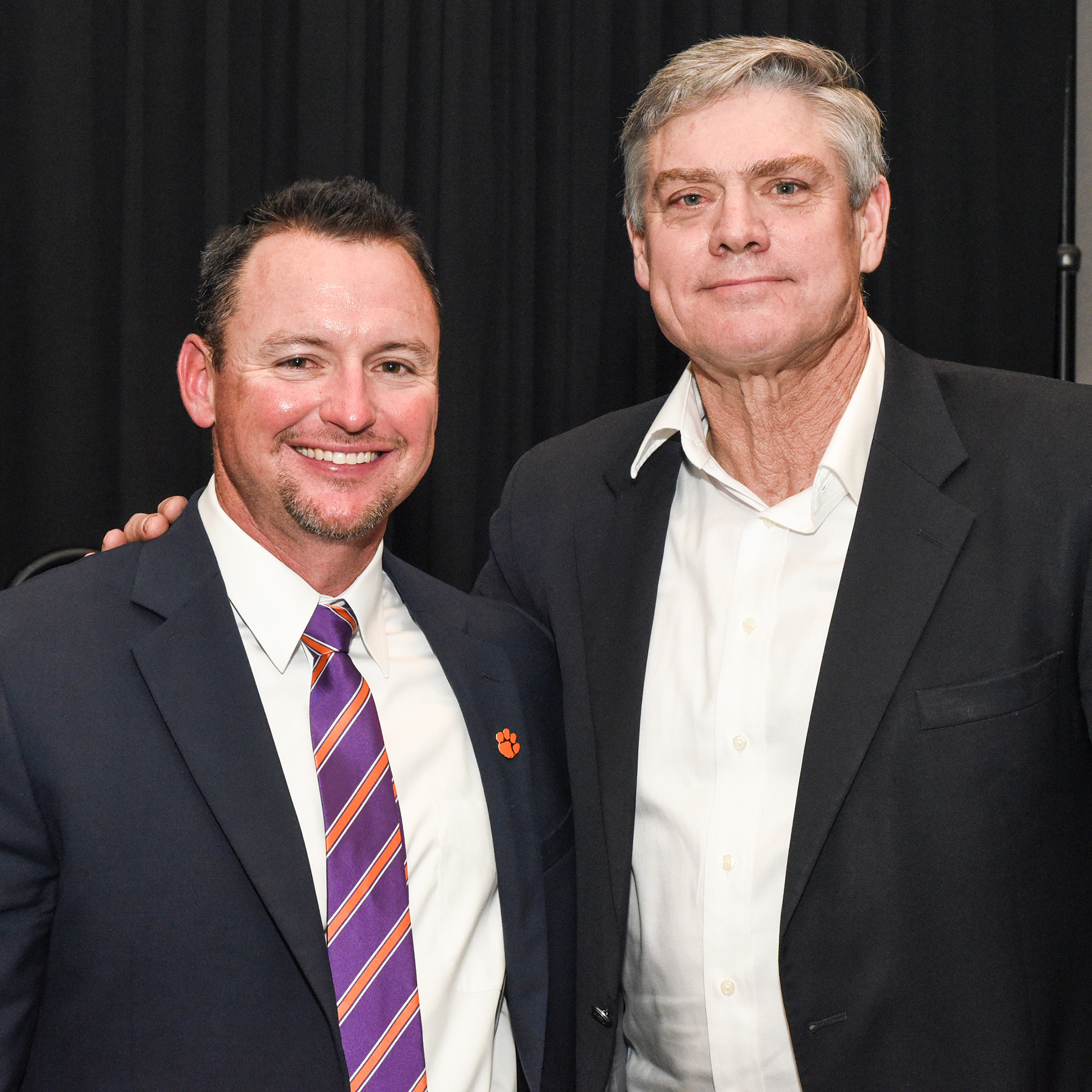 CLEMSON, S.C. – With opening day right around the corner for the baseball team, there is a great deal of work and preparation being done on the field. On Saturday night, however, the team had a chance to get off the field and interact with fans of all ages during their preseason banquet.

A total of 340 guests packed into the main ballroom of the Madren Conference Center to enjoy dinner with the Tigers and hear from new head coach Monte Lee as well as his childhood idol, Atlanta Brave legend Dale Murphy.

“I’ve driven on I-85 past here so often, but this is my first time on campus,” Murphy said of Clemson. “Of course, I was like everybody else…rooting for Clemson in the national championship (football game).

Earlier in the day, the team had a chance to meet with the former Brave, and he stressed the importance of being thankful for the opportunity to play at a school like Clemson.

“I told them, first of all, you’re pretty lucky to be able to have a facility like this, a tradition like this and to play for a school like this,” said Murphy. “I told them not to take it for granted. There’s going to be good games and bad games, but go out there and have fun every day, because you’re lucky.”

Having fun was one of the things that Murphy highlighted in his keynote address during the banquet. He shared countless anecdotes from his days with the Braves, many including legendary manager Bobby Cox. The stories served as a reminder of the significance of respect, service and having fun, not only in baseball, but also in life.

“Baseball is a lot like life,” emphasized Murphy. “Not every day is a walkoff home run, but you just keep digging in, tap the plate and swing for the fences.”

Along similar lines, Lee underscored the point of his team having a “get to” mentality over a “have to” mindset.

“Every day that I wake up, I get to be the head baseball coach at Clemson,” Lee said during his first preseason banquet. “I get to wake up and go watch our team train at 6 a.m. We don’t go to the weight room and work out…we train.

“This fall, our guys had an optional lift at 6 a.m., on Monday to start the week. It’s an optional lift every Monday morning. So at 6 a.m., I walk in and every member of our team is there, training to get better. That showed me that we were committed to excellence.

“You’ve got to have a ‘get to’ over a ‘have to’ mentality. When you take ‘have’ out of it and put ‘get’ into it, that’s when you truly have success in life.”

Lee also challenged the fans who were at the banquet to contribute to the Tigers’ success by coming out and relentlessly supporting the team during games.

“One of my biggest jobs is to recruit high-level players and develop them when they get here…to be championship-level players and people,” stated Lee. “If we want to provide that type of development and that type of success to our players, we have to have one of the most intense fanbases in the country. Because when kids come to visit, they’re going to see an unbelievable player facility, unbelievable community, unbelievable campus and all the things that go into being a student-athlete here at Clemson.

“But nothing takes the place of our fanbase. When you see thousands of people in the purple and orange supporting our baseball program at a game, there is nothing like it when it comes to helping us get the best players in the country.

“So come out, support us, bring your family, bring your friends and yell as loud as you can to give us all the advantages that we can get.”