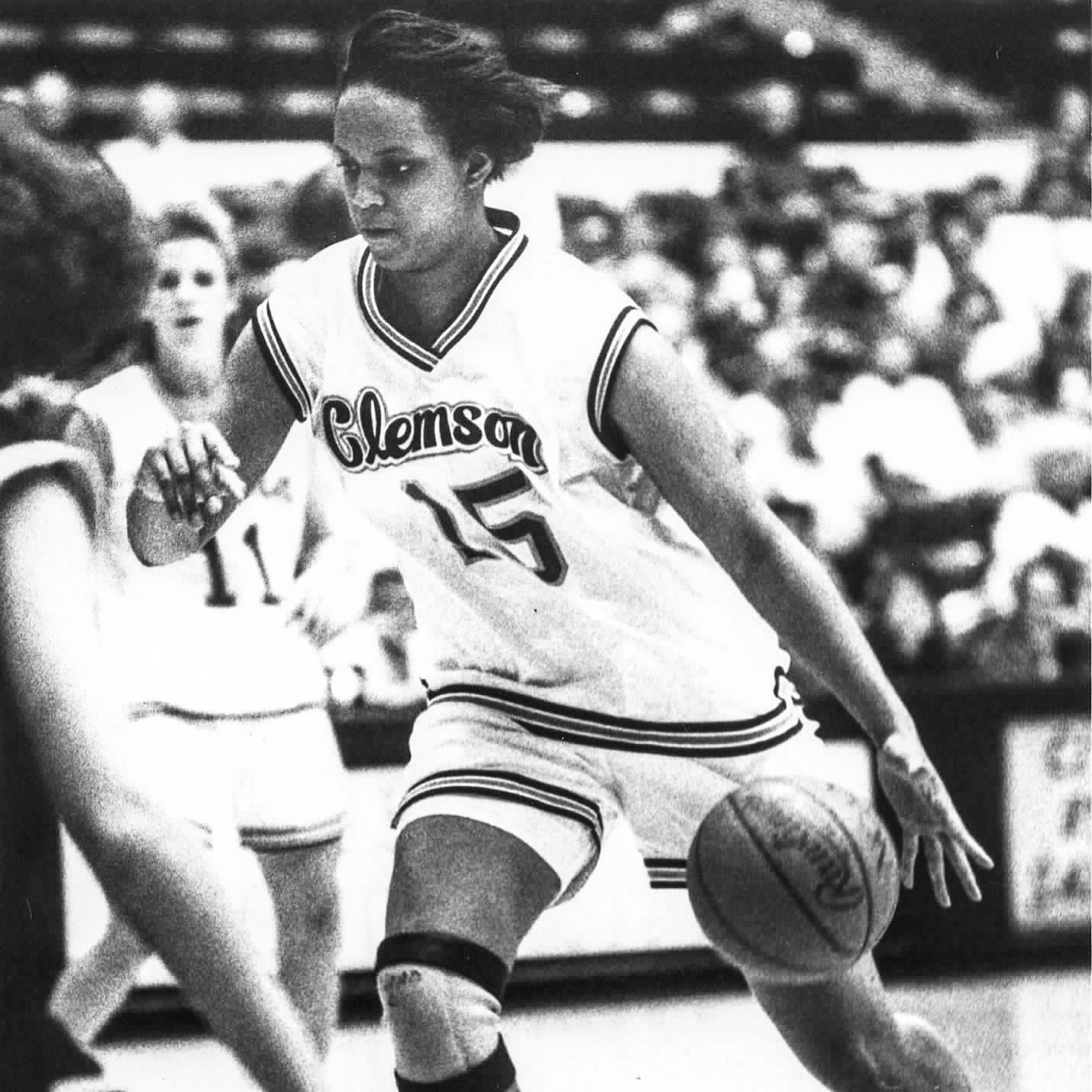 The Clemson promotional material for Jessica Barr during her playing career with the women’s basketball team in the mid 1990s declared the short and powerful statement, “Barr is a Star!”

Was she ever! Barr developed into one of the most heralded players to ever play at Clemson.

Barr transferred to Clemson from Georgia and played at Clemson for two seasons, the 1992-93 and the 1993-94 campaigns.

In 1992-93, Clemson finished with a 19-11 record and advanced to the second round of the NCAA Tournament. Barr averaged 9.7 points per game that season.

During the 1993-94 season, she was the first Tiger to be named ACC Player-of-the-Year. She was named First-Team All-ACC and All-ACC Tournament. She was the third Tiger ever to lead the team in scoring, rebounding and field-goal percentage in the same season. She led the ACC in scoring (19.8), as she scored 594 points as a senior.

That season, she was the MVP of the Hilton Head Tournament and was named to the all-tournament team at the UNLV Tournament.

She capped off her senior campaign by being one of 10 players named a Kodak All-American and a Basketball America All-American. Later on, she was named the state of South Carolina Amateur Athlete-of-the-Year as selected by the South Carolina Athletic Hall of Fame.

Barr led the Tigers to the NCAA Tournament again in 1993-94. In her senior season, the Tigers defeated Florida International in Miami in the first round, but lost to top-ranked Tennessee in Knoxville.

The 6’2” forward/center and native of Batesburg, S.C., is now teaching and coaching girls basketball at Batesburg-Leesville High School, where she excelled.

Looking back at her Clemson career, Barr likes to reminisce and remember the great times she had by being a Tiger and getting to know her teammates.

“Playing with and getting to know my teammates was one of the most favorite things to do when I played basketball at Clemson,” said Barr. “To this day, we still stay in touch, and we look forward to seeing one another.

“One of my favorite memories when I was playing was when we defeated Virginia when they were ranked sixth. We had lost to them on the road earlier that season, and it was a great win for our program when got the victory in Littlejohn Coliseum.”

After her senior season, she was invited to try out for the United States National Team. After her Clemson career, honors still came her way.

In 2000, she was named to the Clemson Athletic Hall of Fame. She was also selected to the prestigious ACC 50-Year Anniversary Team in 2003. In 2009, Barr was selected as an ACC legend and was recognized at the ACC Tournament that season.

Barr is married to Dana Dennis. Barr-Dennis currently lives in Batesburg, S.C., with her husband and three children, son, Darius, and daughters, Dyani and Dana.

“I really enjoyed by time at Clemson and playing for head coach Jim Davis. He always stressed to us, ‘once a Lady Tiger, always a Lady Tiger.’ I know what he means…it’s definitely a Clemson family. Clemson is a special place, and I really appreciated my time there.”