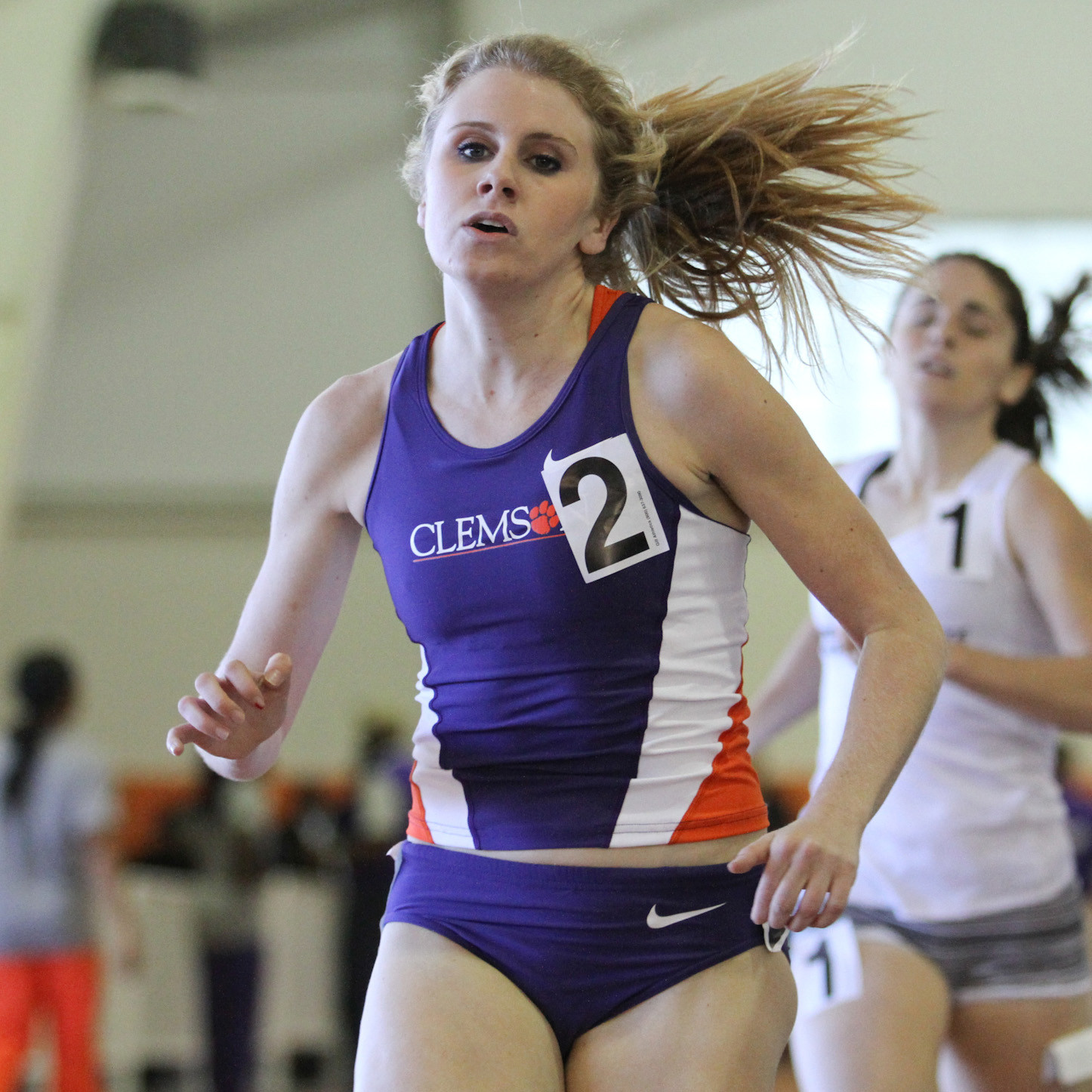 CLEMSON, S.C. — Grace Barnett won the women’s mile to highlight Clemson’s first day of action at the prestigious Tyson Invitational in Fayetteville, Ark., on Friday. Barnett’s win was her second at a top collegiate meet this season, joining the Armory Track Invitational crown she won a few weeks ago in New York City.

Barnett turned in a time of 4:41.85, another personal best. She still ranks third in school history after the outstanding showing.

Olivia James was strong in the women’s 400 dash. The redshirt freshman from Jamaica ran a time of 53.24, shattering a personal best and placing her second in the Clemson record books. Natoya Goule was three places behind in 14th, with a time of 53.45.

Michael Cheeks nearly duplicated his season-opening 400 dash time of a week ago, when he earned ACC Track Athlete of the Week honors for his efforts at Texas A&M’s Aggie Invitational. Cheeks ran 46.82 on Friday, 11th among all runners.

Tanisha Coppin produced a personal best in the women’s 800, clocking a time of 2:09.74 to pace the early sections. Her time was sixth-best on the day, seventh in Tiger history. Cameron Thornton was 16th in the men’s 800, with a personal best 1:51.07 that ranks 10th on Clemson’s all-time performance list.

Tevin Hester led the short sprinters Friday, qualifying for the men’s 60 final. He had a time of 6.65 in the semifinals.

The field events saw limited action on the first day, but James Plummer continued his ascent on Clemson’s all-time performance list in the weight throw. The sophomore hurled the 35-pound weight a distance of 62-10.5, fourth-best in school history. Plummer finished 15th out of 37 competitors.

The Tigers return to action Saturday to finish out the meet.