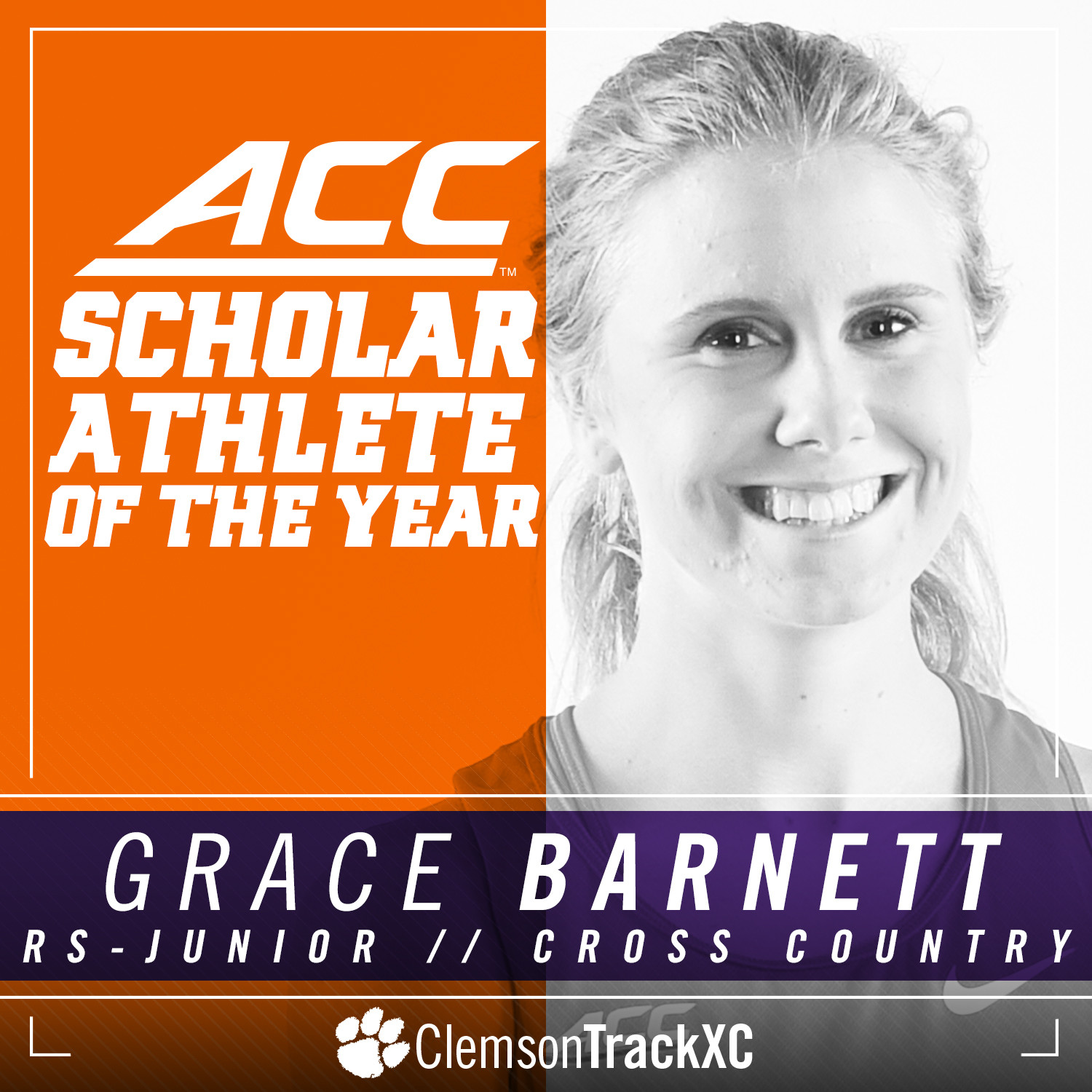 CLEMSON, S.C. – Both, the ACC and the USTFCCCA honored the Tigers this afternoon with Grace Barnett highlighting the list of accolades as Clemson’s first cross country ACC Scholar Athlete of the Year. Barnett and Logan Morris were both named to the ACC All-Academic Team as well as the USTFCCCA All-Academic Team. The USTFCCCA also honored the men’s and women’s programs with All-Academic honors as the men posted a 3.35 GPA and the women earned a 3.48.

Barnett enjoyed the best cross country season by a Clemson female student-athlete in over two decades. Her third place finish at the ACC Championships earned her back-to-back All-Conference seasons, her fourth place finish at the Southeast Regional claimed All-Region honors and she became the programs first All-American since 1990 when she took ninth at the National Championships.

Morris’ performance at the ACC Championships pointed to a promising future for the women’s program as she was the fifth highest finishing freshman in the race. The Inman, South Carolina native took 19th place to give Clemson its first cross country championship with two or more all-conference performers since 1998.