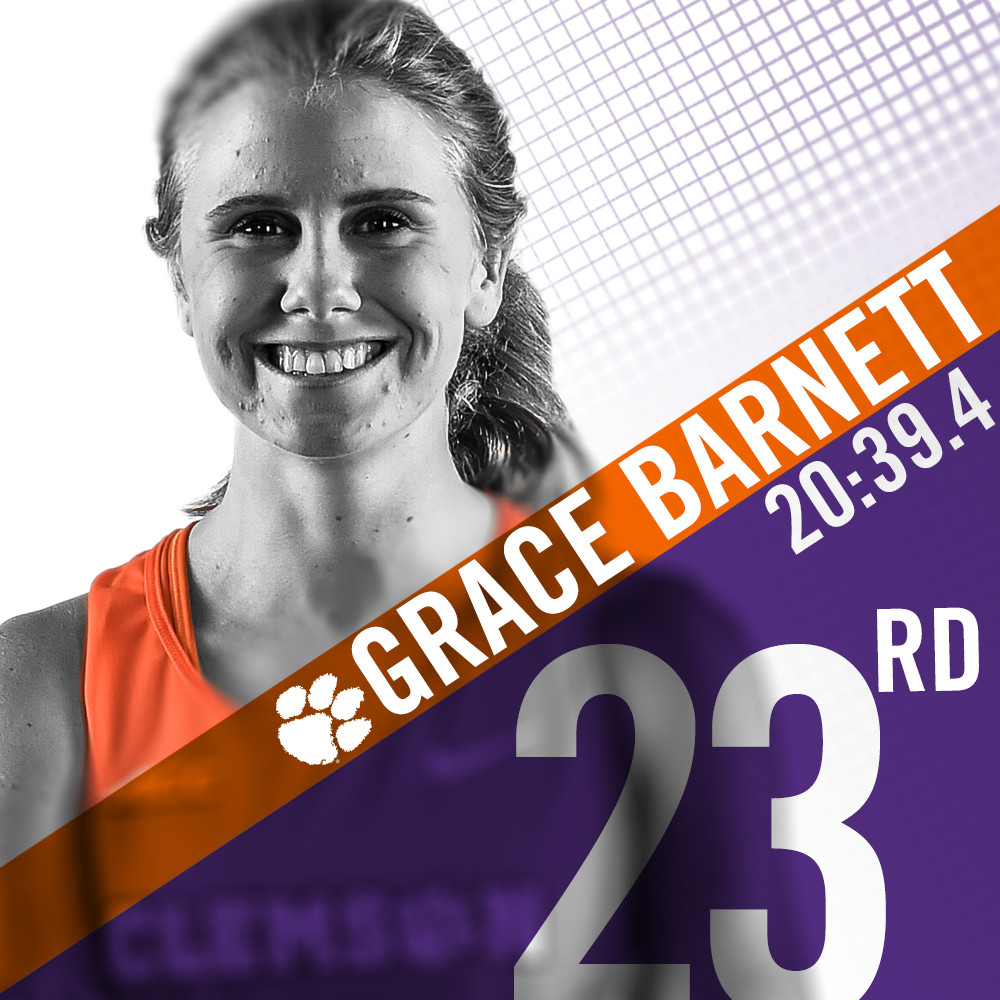 TERRE HAUTE, Ind. – In her third competition of the 2016 season, Grace Barnett finished less than a minute behind this afternoon’s champion at the 2016 ISU Pre-National Invitational. The 13th ranked Clemson women in the Southeast took on a remarkably competitive field that featured 42 total teams, eight of which were ranked in the top-15 in the nation.

On the men’s side, Micah Williams led the Tigers once again with a 20th place finish to lift Clemson to a 6th place finish overall in a field of 20 programs. The sophomore clocked in just 49.3 seconds behind the first place finisher at 25:25.7. Not far behind Williams was Mpho Makofane and Andrew Emery as the freshmen completed the 8K in 25:43.4 and 25:47.5 to take 32nd and 36threspectively. Rounding out the top five, Jacob Slann and Clayton Wilson took 69th and 71st with times of 26:18.8 and 26:20.5.

This race was the final test for the Tigers prior to championship season as Clemson now awaits the ACC Championships. The conference championship race is slated to take place October 28 in Raleigh, North Carolina.