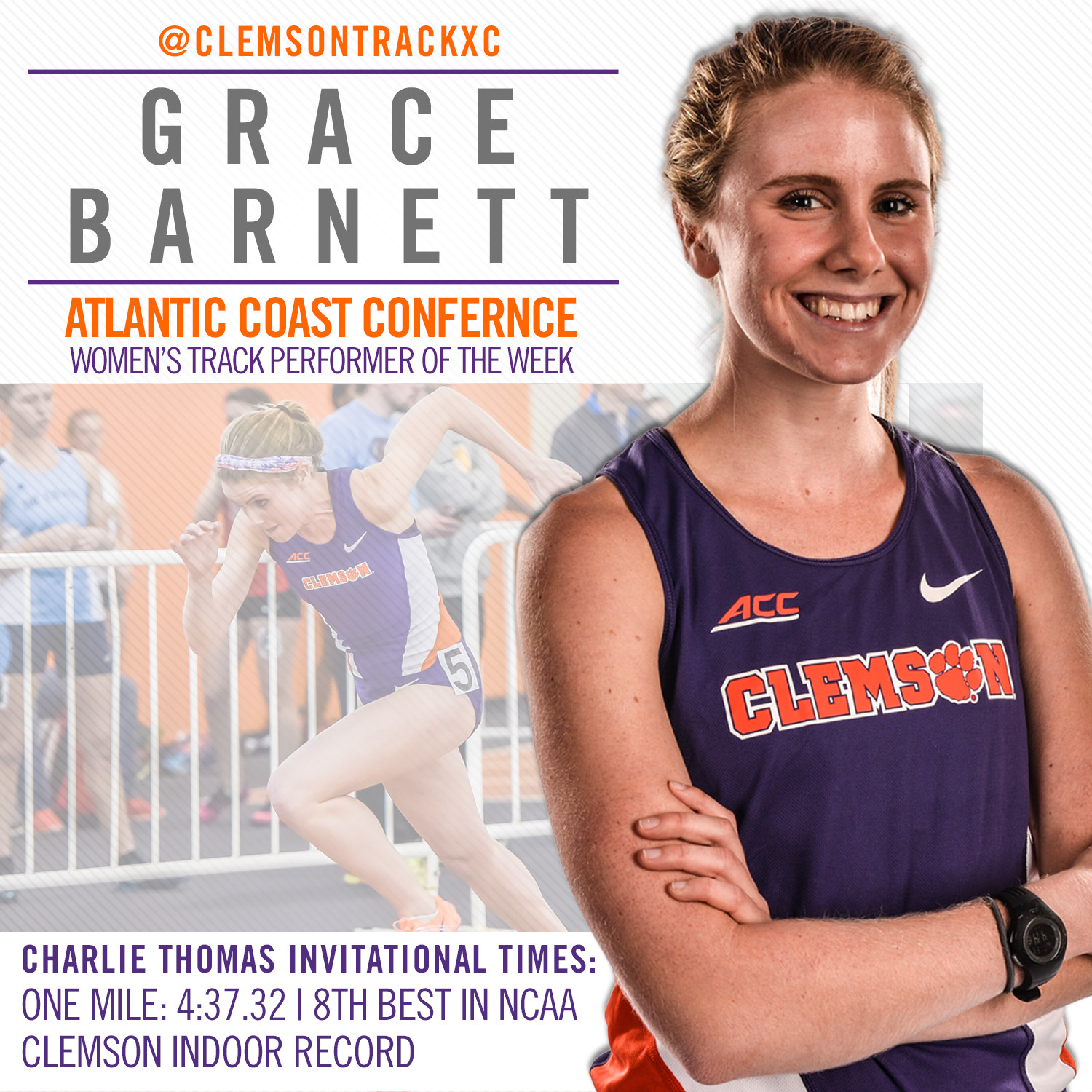 CLEMSON, S.C. – Two weeks ago, Grace Barnett earned the Atlantic Coast Conference’s Track Performer of the Week honor for nationally ranked performances in the mile and the distance medley relay. This week, the ACC selects the redshirt sophomore again as its track performer of the week after her record-breaking performance in the mile at the Charlie Thomas Invitational.

Barnett shattered a Clemson record that had stood for three decades to win the mile in a field of 38. The Pawleys Island, South Carolina, native crossed the finish line nearly a full second faster than the previous record of 4:38.30, and was just .03-seconds short of the meet record. She clocked in at 4:37.32 to win the event and walk away with the eighth fastest time in the country. The time is also a four-second personal best.

Barnett will head to Washington with Kaley Ciluffo and James Dwyer for the Husky Classic on February 12 and 13. At the same time, the rest of the Tigers will compete in Fayetteville, Arkansas at the Tyson Invitational.