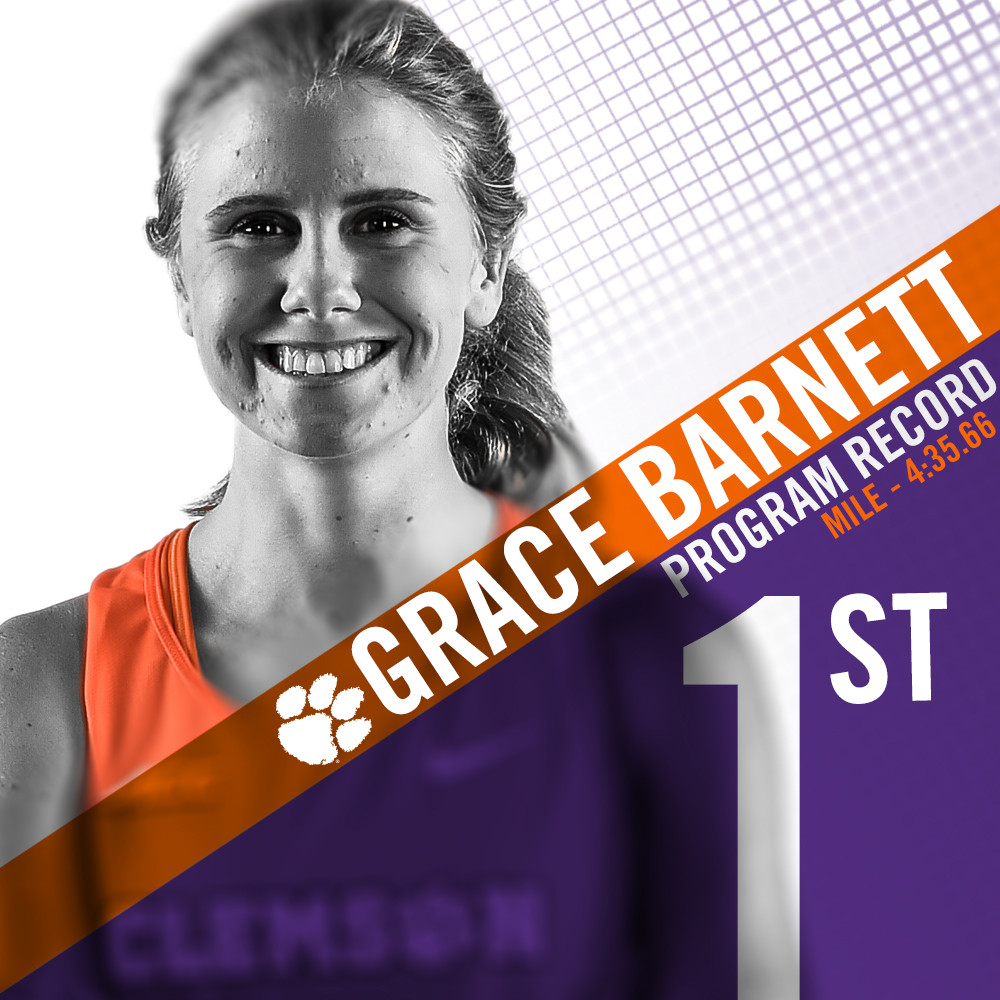 “Today was a great start to the indoor season,” said head coach Mark Elliott. “Grace breaking the school record in her first race of the 2016-17 indoor season is a fantastic start for Grace and to be ahead of a three-time NCAA Champion in the Clemson record book tells you just how great of a performance that was. Coach Porter has Grace locked in on what should be an exciting season.”

Barnett ran the fastest time of the meet, as well as the fastest time in program history when she crossed the finish line at 4:35.66 in a field of 19 competitors. The time stands as the fastest mile time in the country and is a full 16 seconds faster than the second-place finisher in the race and two seconds faster than the previous record. Comparing the time to last year’s indoor season, Barnett’s race Saturday afternoon would have been the sixth fastest time in the country heading into last year’s NCAA Championships.

“This trip was a success in that Grace ends the fall healthy with a new personal best in the mile that should qualify her for the NCAA Indoor Track & Field Championships,” said distance coach, Michael Porter.

The next time Clemson competes; it’ll be on the fastest track in the country as the Tigers will debut their new indoor track in the Orange & Purple Classic on January 7.