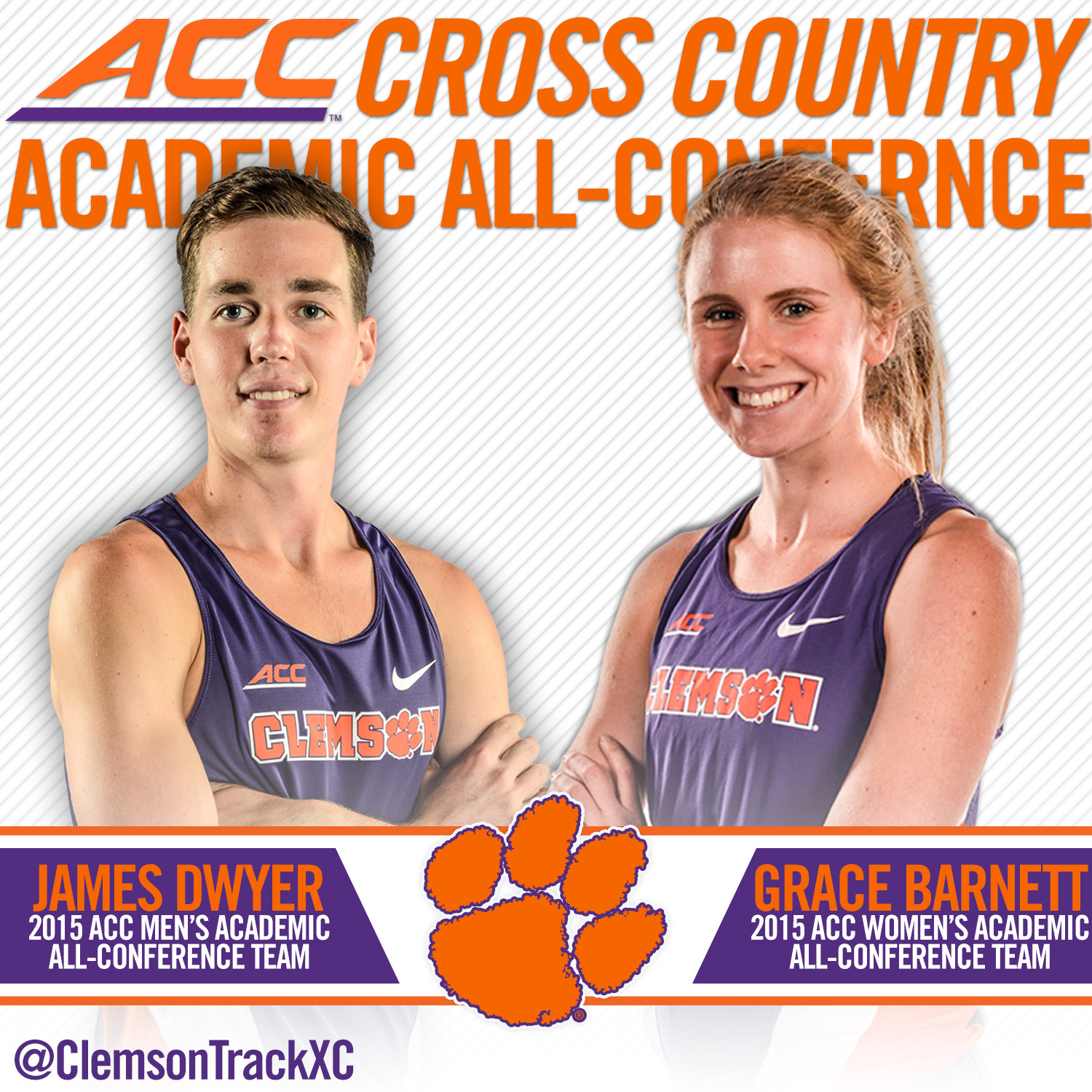 CLEMSON, S.C. – The accolades continue to roll in for Grace Barnett as her and James Dwyer are both recognized on the ACC’s 2015 Cross Country All-Academic Teams. This is the second time the duo has earned the honor, as Barnett and Dwyer were both recipients in 2014.

Barnett led the Tigers in all seven races this season including a 10th place effort at the ACC Championship. The performance at the conference championship makes the elementary education major the first female Tiger since 2009 to earn All-ACC honors.

Dwyer peaked at the right time for the Tigers, leading Clemson in the ACC Championship with a time of 24:54.0. The mechanical engineering major scored in six-of-seven races, finishing top two in three of them.

Barnett and Dwyer will compete this weekend at the Husky Classic in Seattle, Washington on February 12 and 13.