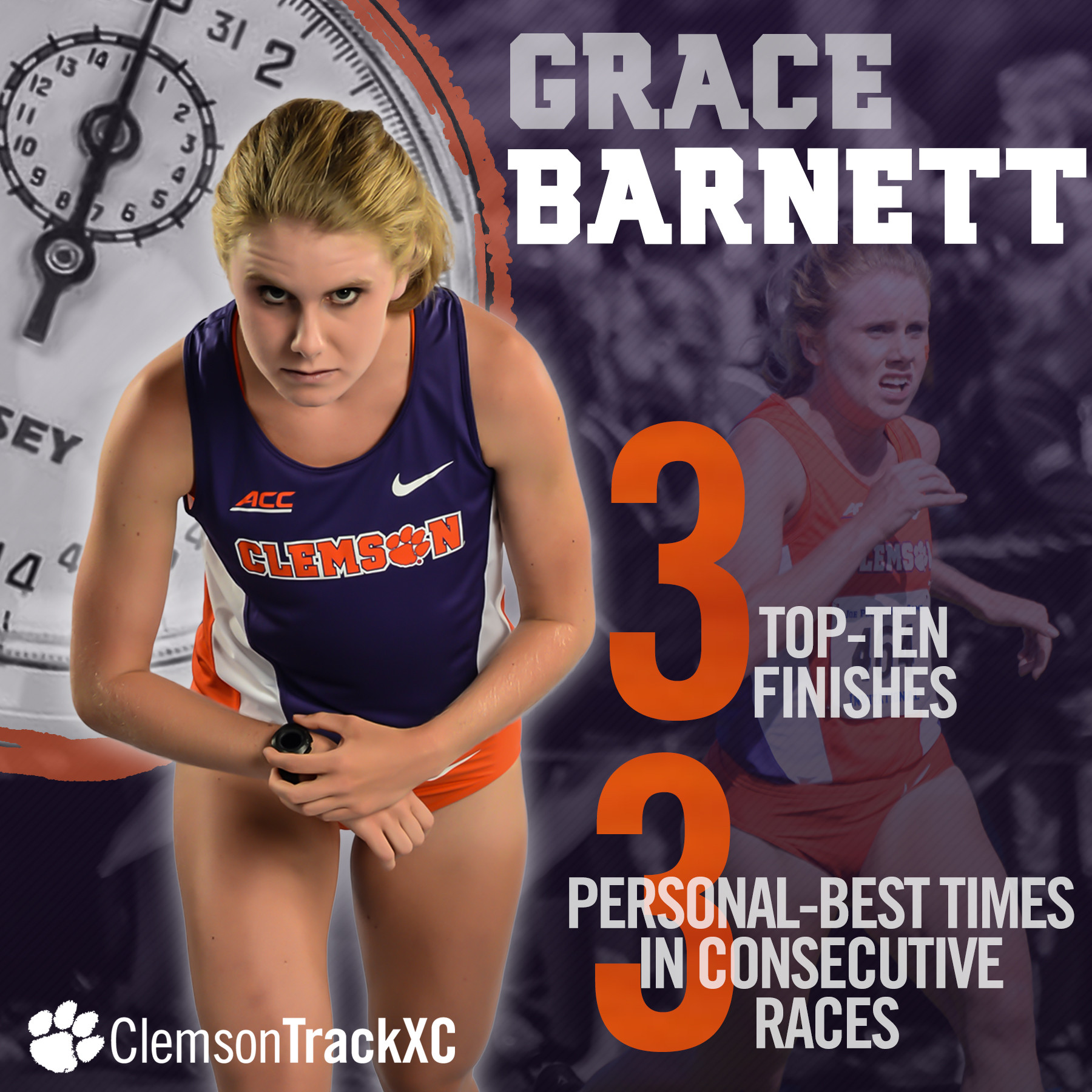 Grace Barnett didn’t always run for fun. She first ran for glory. In her elementary school, there was a Thanksgiving field day that culminated in her favorite event, the Turkey Trot.

The annual trot was a race between the students that traced the outskirts of the school’s fields. But a young Barnett found herself with a problem year after year.

“Every year I came in second,” she said, “and I really wanted to win because the winner goes home with an actual turkey for their family.”

She decided to take fate into her own hands, and began to practice so that in her final year, she could take home the turkey.

“I started going on runs in my Converse sneakers because I thought they were the same as running sneakers,” Barnett said. “I made it about a half mile before I started walking.”

Though her starting times and distances may not have impressed many, a love for the sport was beginning to grow inside of Barnett.

“Running has become a big part of my life. No one really likes running when they start out but it became addicting and now I thrive on it. It really gets my day going.”

When she came to Clemson, running Division I cross country and track wasn’t the only thing new to Barnett. She relished in the traveling that she got to do as a member of the team.

She was also met with a training intensity that she wasn’t used to.

“The intensity and training here are at such a different level than high school, but definitely in a good way.”

One major difference Barnett found in Clemson’s cross country and track teams was the mix of people focusing on so many different events and goals.

Now a junior in cross country, Barnett’s coaches are confident in her abilities to become one of the greatest distance runners Clemson has had in a long time.

“Grace is coming to the realization that she’s one of the best distance runners,” said head coach Mark Elliott. “It’s showing in cross country; she’s better than she’s ever been.”

It’s reflected in her times this fall. Barnett has set personal bests in both the 5K and 6K, and is coming off an impressive 19th-place showing at the NCAA Pre-Nationals last weekend in Louisville, Ky.

Barnett is adamant that she would be nowhere without the mentorship of her coaches.

“I’m very appreciative of the faith that my coaches have in me,” she said. “It motivates me to strive for bigger goals because they have dreams set for me that I never would have imagined.

“We are really blessed to have Coach Porter and Coach Elliott. They have both invested so much personally in each one of us. They have individual plans for each of us to be successful.”

Barnett is thankful that her drive to win a turkey brought her to places she could have never dreamed of.

“I love this team so much,” she said. “Getting to compete with my very best friends, work hard every day and working with coaches who are really invested in our success is amazing.”