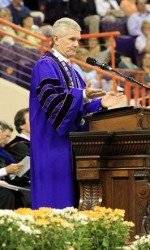 CLEMSON, SC – Clemson University President Jim Barker was inducted into his high school’s Athletic Hall of Fame on Thursday evening in Kingsport, TN. Barker was a track athlete, competing in the pole vault at Dobyns-Bennett High School. He continued his career in that event as a student-athlete at Clemson in the late 1960s.

“This is a special moment for me,” Barker said in an article in the Kingsport Times News. “I think the committee made a serious mistake in selecting me, but I’m not giving it back.”

Barker joins a long list of well known athletes to be honored by Dobyns-Bennett High School. Former Georgia Tech Head Football Coach Bobby Dodd is an alumnus of the school and a member of its Hall of Fame. Among the inductees with Barker on Thursday night was former Wake Forest basketball player Skip Brown.

Dobyns-Bennett High School is also the alma mater of current Clemson starting defensive back Coty Sensabaugh, who had the key interception in the final moments of Clemson’s win over Auburn on September 17. 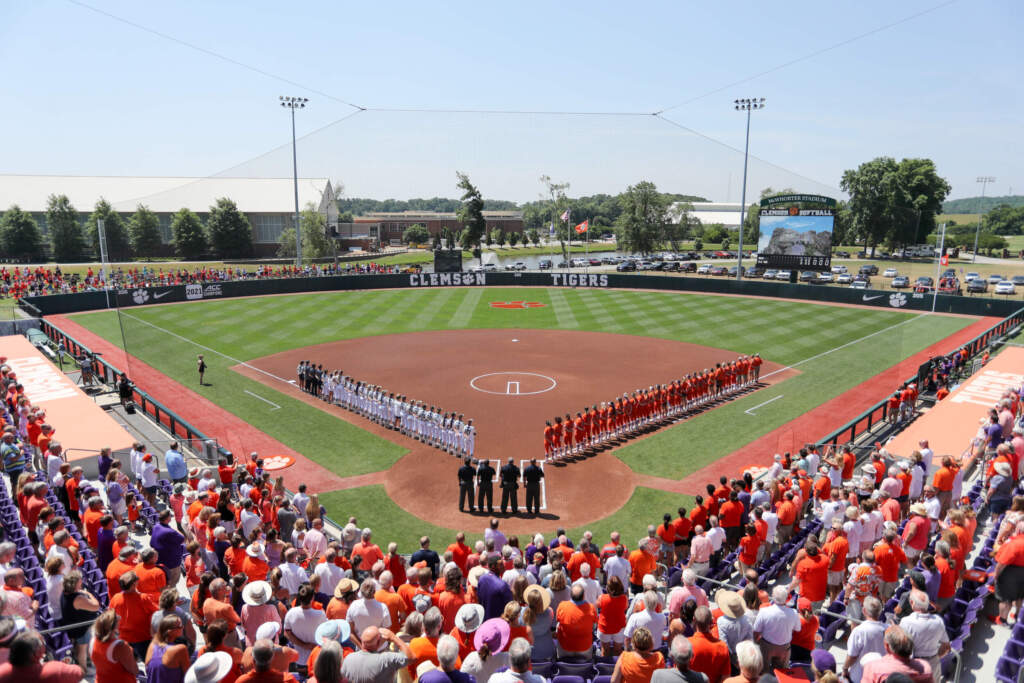