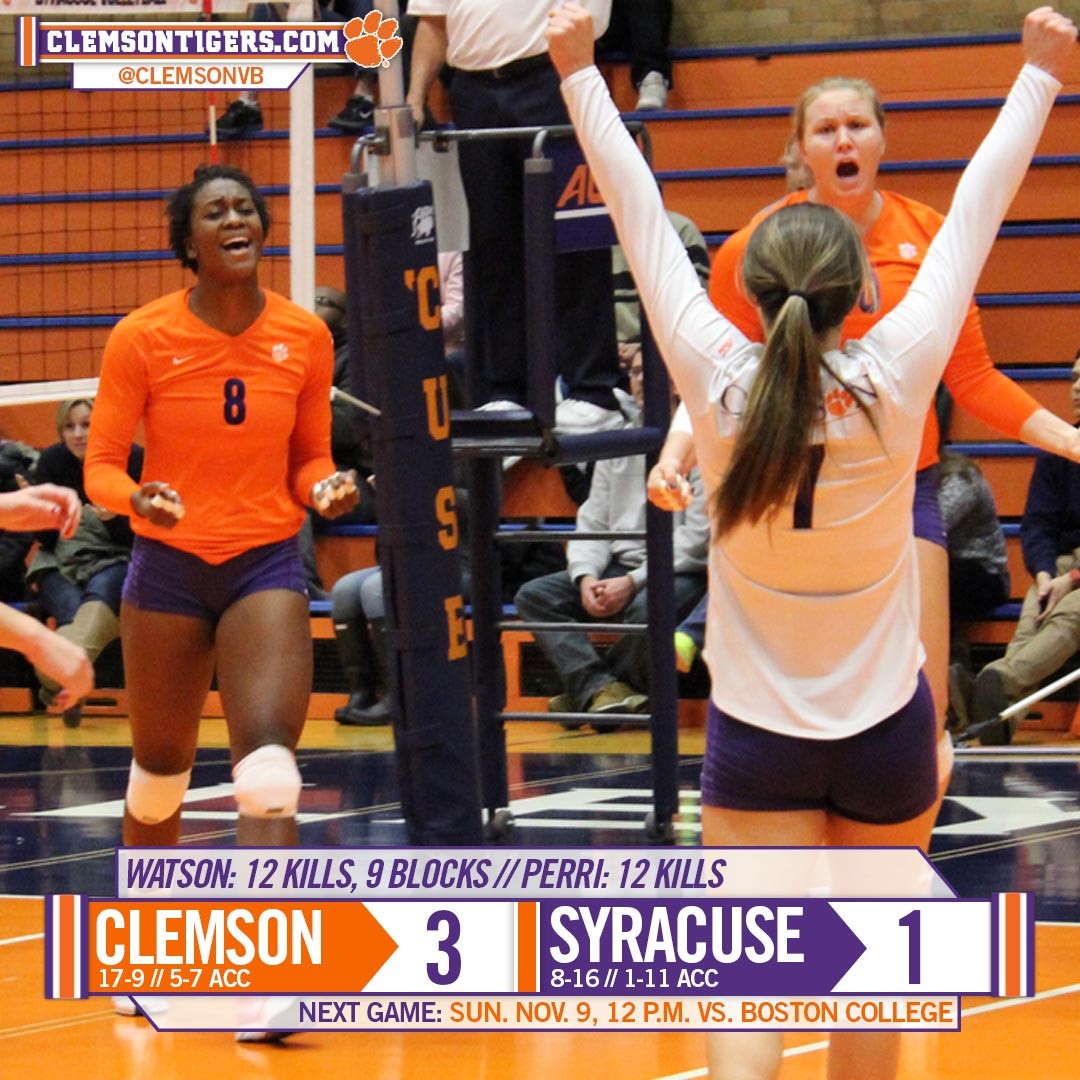 Freshman setter Kate Federico guided four teammates to double-figure kills, led by Karis Watson and Leah Perri, who had 12 apiece. Seniors Beta Dumancic and Kristin Faust added ten kills each as the Tigers held the Orange to .128 hitting in the match, largely on the back of 13 blocks.

In the third set, the Tigers scored the first five points, before the Orange stormed back and tied the match at 12-12. Haleigh Hampton accounted for Clemson’s next three points as the Tigers pushed the lead to four at 18-14. Watson put down a pair of kills to give Clemson the 23-18 edge, and after a kill from Perri, Watson and Hampton combined on a block to give the Tigers the 2-1 lead.

Watson and Hampton were at it again in the fourth set, combining on two blocks in the first three points to give the Tigers the early advantage. Watson dictated play, tallying four kills and four blocks in the set, as Clemson never trailed in finishing off the Orange in four.

The Tigers will close out the weekend road trip, travelling to Power Gym to take on Boston College (9-13, 4-7 ACC) on Sunday at 12 p.m in Chestnut Hill, Mass.