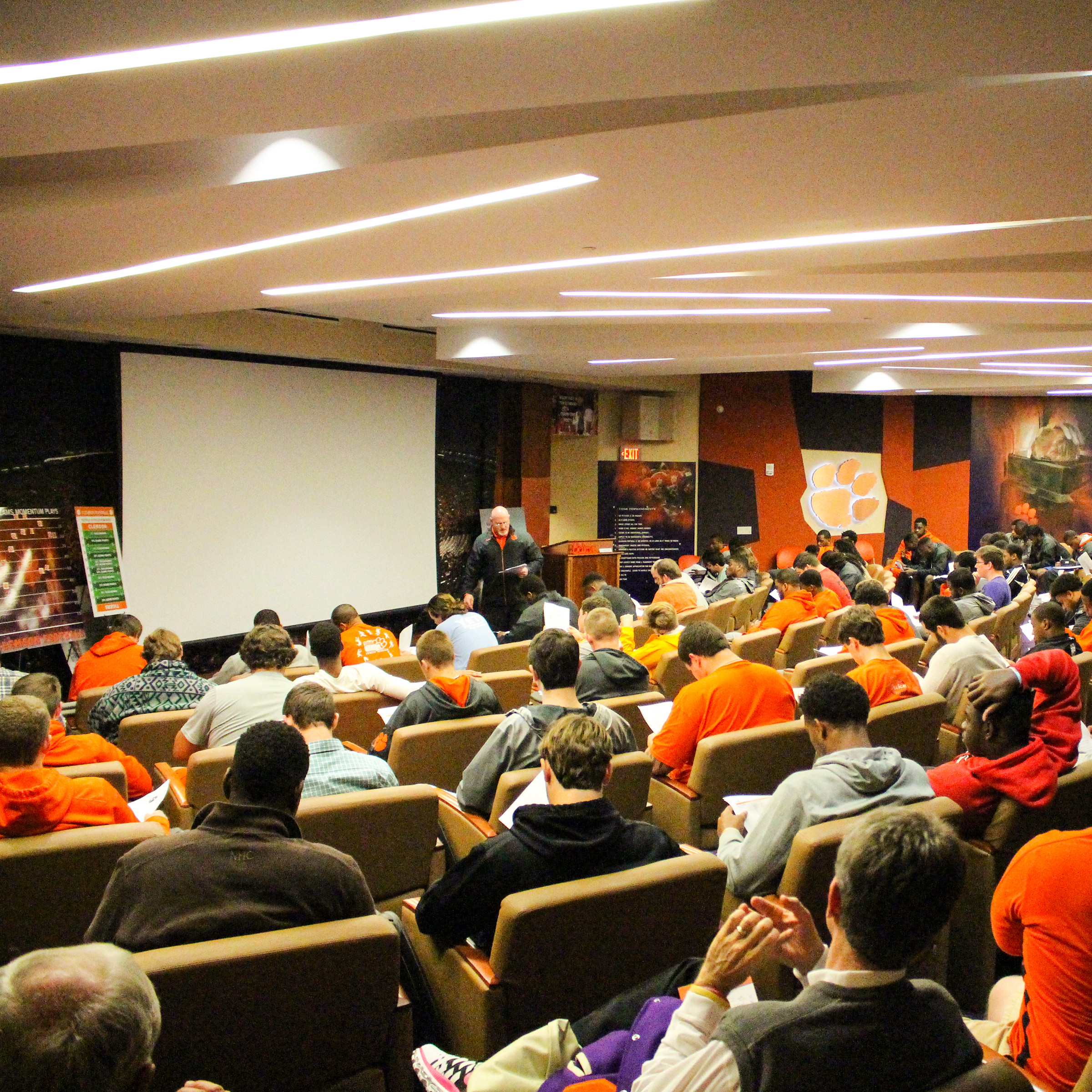 On December 29, the Tigers celebrated a convincing 40-6 win over No. 24 Oklahoma in the Russell Athletic Bowl. Fast forward eight days to Tuesday, the returning players and 15 newcomers came together in the WestZone for the first team meeting of the spring semester.

Approximately 98 players along with coaches and staff members gathered in the team room for 40 minutes to prepare for what’s in store during the spring semester. From academic goals presented by Steve Duzan and his Vickery Hall staff, to nutritional programs from Lisa Chan, to the detailed and competitive offseason strength & conditioning programs from Joey Batson and his staff, Tiger players received a healthy dose of expectations before they attend their first class Wednesday.

After those presentations, the 15 newcomers came to the front of the room and introduced themselves to the team, then those newcomers had a separate meeting, where Deshaun Watson and Artavis Scott spoke to the freshmen to convey their experiences as first-year players in 2014.

The newcomers continue to become acclimated with the campus, class schedule, teammates and much more in separate gatherings and meetings. Before you know it, the newcomers and the rest of the Tigers will be hitting the practice fields for spring football, fresh off their fourth straight 10-win season.