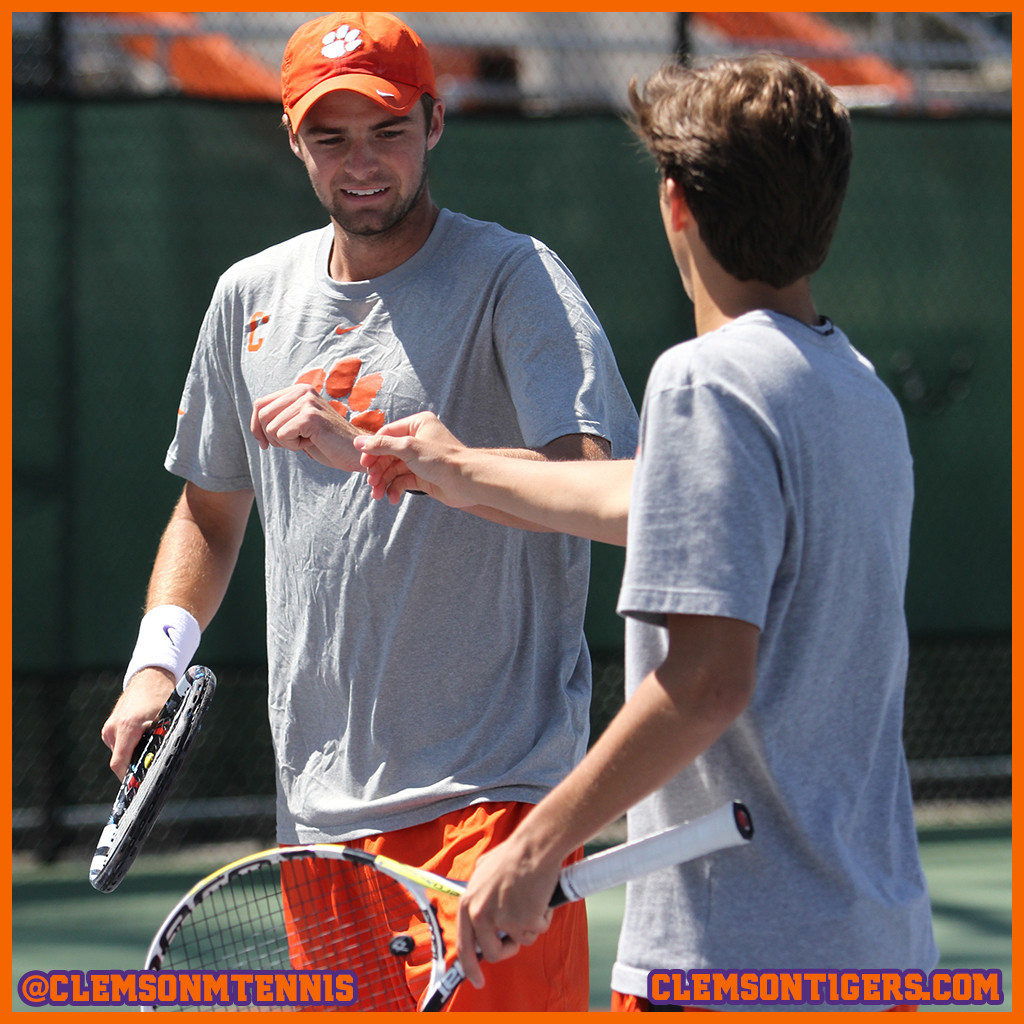 CLEMSON, S.C. – Senior co-captains Alejandro Augusto and Hunter Harrington are ranked 58th in doubles according to the poll released by the Intercollegiate Tennis Association on April 7. The pair is coming off an upset over the 12th-ranked doubles duo in the nation, Alvarez & Hemmeler of Duke, on March 27.

Augusto and Harrington have a 14-11 overall record in doubles in 2014-15. During the fall season, they upset eighth-ranked Clark and Schnur of North Carolina in the semifinals of the ITA Carolina Regional, before falling to ninth-ranked Dempster and Mudge of NC State, in a three-set match which included a 9-7 tiebreak in the third set, in the title match. Overall, the pair has faced eight ranked doubles opponents this year, including four in their last five matches.

The pair is likely to face another ranked opponent on Friday, April 10, when the Tigers travel to South Bend, Ind. to face Notre Dame. The Irish’s top doubles team of Lawson and Pecor is ranked 12th in this week’s poll.