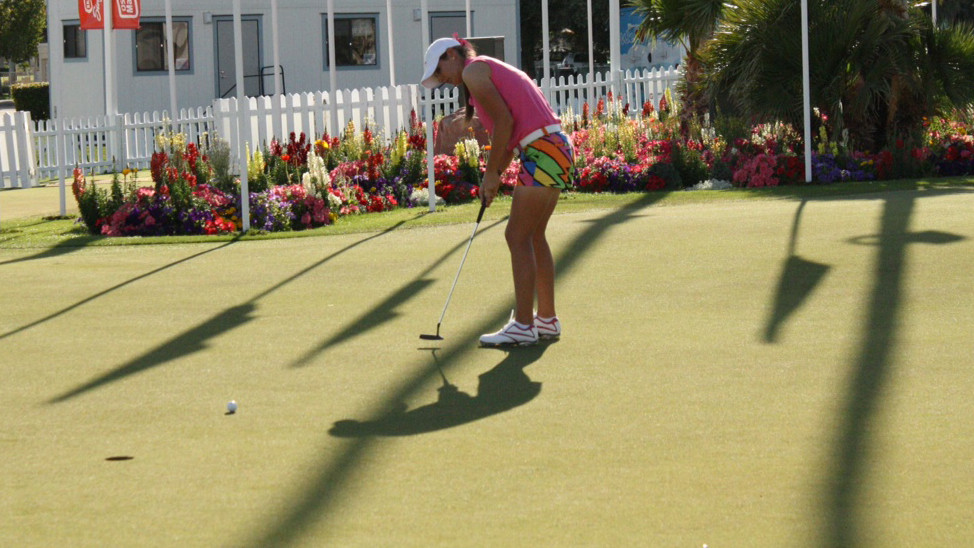 Ramsey and Hauge played 36 holes on Saturday.  Ramsey had a four-hole lead after the first 18, and continued to increase her lead on the second 18.  She led by seven with seven holes remaining when the match was briefly delayed due to weather.  Following the delay, Ramsey won the match 7 & 6 after 30 holes.

Past champions of the WWGA National Amateur Championship tournament include talented women’s golfers such as Babe Zaharias, Nancy Lopez and Stacy Lewis.

“It meant a lot to win this week coming off of two wins.  It was nice to back those wins up and prove myself against an even stronger field than the past few weeks,” said Ramsey.  “I feel like I’ve been playing well and it’s starting to pay off, which is fun.  It gives me a lot of confidence to start the summer with three tournament wins.  It’s a big deal and proves that my game is headed in the right direction as I get ready for collegiate golf.”

This is the third consecutive amateur win for Ramsey.  Two weeks ago she won the Georgia Women’s Match Play Championship and last week she claimed the Women’s Eastern Golf Association Amateur Championship title.  The future Tiger from Milledgeville, GA is now ranked second in the Golfweek Women’s Amateur Championship rankings.