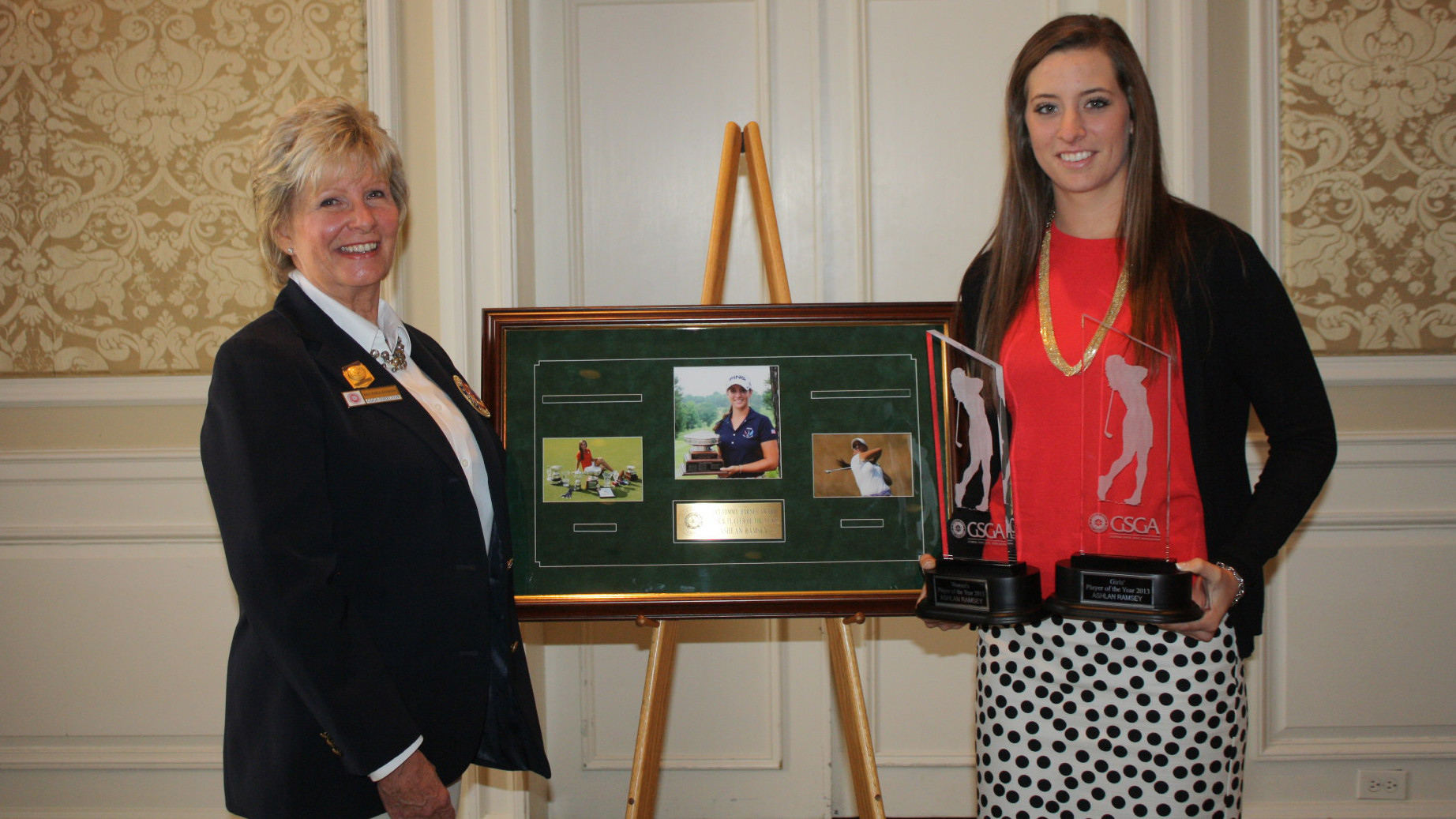 CLEMSON, SC – Freshman women’s golfer Ashlan Ramsey was named both the Georgia State Golf Association’s Women’s and Girls’ Player of the Year and was co-winner of the Tommy Barnes Award, given to the GSGA’s overall player of the year for 2013. Doug Hanzel of Savannah was the other recipient of the Tommy Barnes Award. The two golfers were honored at the GSGA’s Player of the Year Luncheon, held at Cherokee Town in Atlanta, GA on January 18.