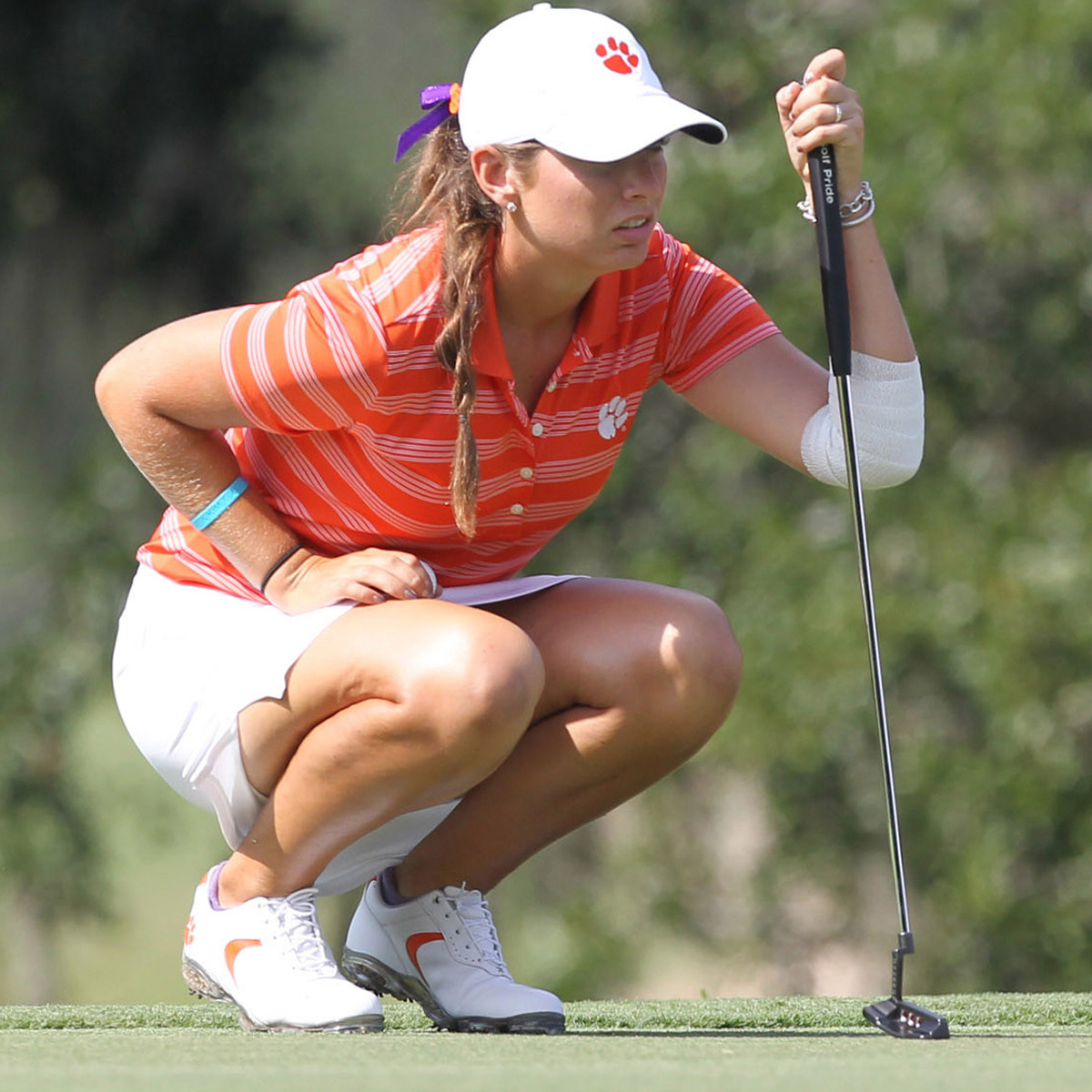 Clemson, S.C.—Ashlan Ramsey became the first former Clemson women’s golfer to qualify for the LPGA Tour on Sunday during the fifth and final round of the LPGA Qualifying Tournament in Daytona Beach, Fla.  She will be fully exempt for the 2016 season.

Ramsey had a final round 67 that included six birdies and just one bogey on the way to an eight-under-par score of 352 for the five rounds of competition.  The native of Milledgeville, Ga. had rounds of 70-71-69-75-67 at the Hills and Jones Courses at LPGA International.

Her final round 67 was the best of the day by any of the 72 players competing on Sunday and as a result she jumped from 24th to eighth.  The top 20 players in the field made the cut to receive full membership on the LPGA Tour, so she moved from outside the cutline to inside the cutline on the last day.

Ramsey was the leader of Clemson’s first team during the 2013-14 academic year that reached the NCAA Tournament.  She was a first-team All-ACC selection and twice was selected as the ACC Women’s Golfer of the Month.  At one point she was the No. 1 Amateur in the world according to Golfweek.