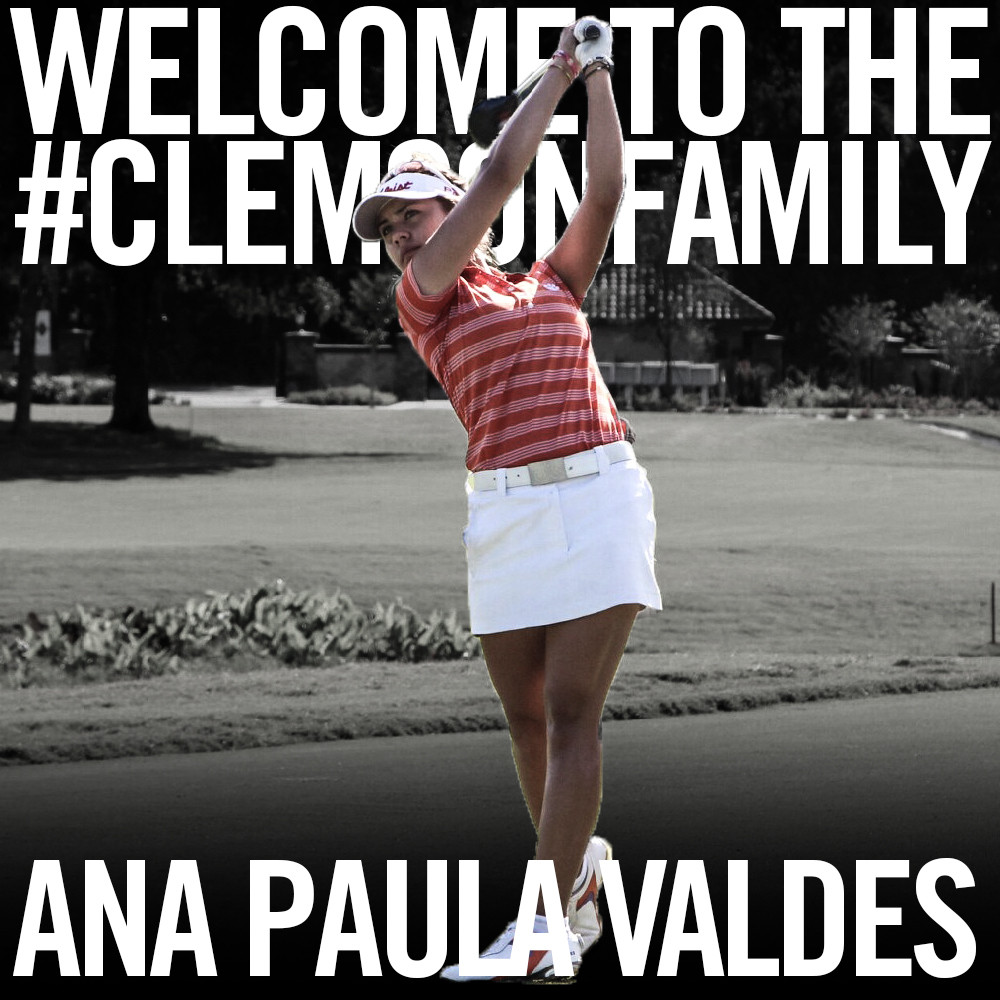 Clemson, S.C—Ana Paula Valdes, a native of Morelia, Mexico, who currently lives in Howey-in-the-Hills, Fla., has signed a national letter of intent with the Clemson women’s golf program.  Head Coach J.T. Horton made the announcement on Wednesday. Valdes will join the program for the 2016-17 academic year.

Valdes was named a second-team AJGA Rolex All-American for the 2015 year, as she won the Verizon Junior Heritage, the Golfweek Jr. Invitational and the Women’s Porter Cup.  She shot a final round tournament best 65 to win the Porter Cup, a prestigious women’s amateur event. This past summer she also played in the U.S. Amateur and reached the first round of match play, and represented the East Team in the AJGA Wyndham Cup.

A veteran of elite international competition, Valdes played on the winning Mexico team and took medalist honors at the Juniors Americas Cup in 2014 and 2015. Last month she represented the championship women’s team from Mexico at the Spirit International while she and her partner shot an impressive -21-under-par for three days of competition. Additionally, she represented team Mexico in the 2014 World Amateur Team Championship in Japan along with the 2015 Girls Junior World Championship in Canada.

Valdes has been on the world junior stage for many years including playing in multiple USGA events.  In 2011-12 she played in 11 tournaments and finished in the top six in all 11.  In 2012-13 she had three first-place finishes, including the College Classic at Duke and the Carolinas Championship of Kiawah Island.  In 2013-14 she won four times in five events. At age 13, she qualified to play in an LPGA event in Mexico.

“I am very excited about Ana Paula joining our program and the Clemson Family,” said Head Coach J.T. Horton.  “She is absolutely one of the best players in the country of Mexico or the United States. She has proven that she can win at any level as evident by winning the Porter Cup this summer and partnering up to win the Spirit Cup last month.

“Ana Paula has represented team Mexico on multiple occasions and brings a great deal of team/tournament experience to the table. She is extremely talented, very mature, and is ultra-competitive.  She will be a great player to watch and will have a definite impact on our goals to win championships here at Clemson.”

“I fell in love with Clemson since the first day I visited, not only because it is one the top schools in the country but also because of the beauty of the place where it is located,” said Valdes.   “From a golf standpoint, I chose Clemson because of the passion and competitiveness within the golf team and coaches. The more I got to know them the more I saw myself as a perfect fit for the team, a team that is constantly pushing one another and helping each other grow, not only as players, but as people as well.”