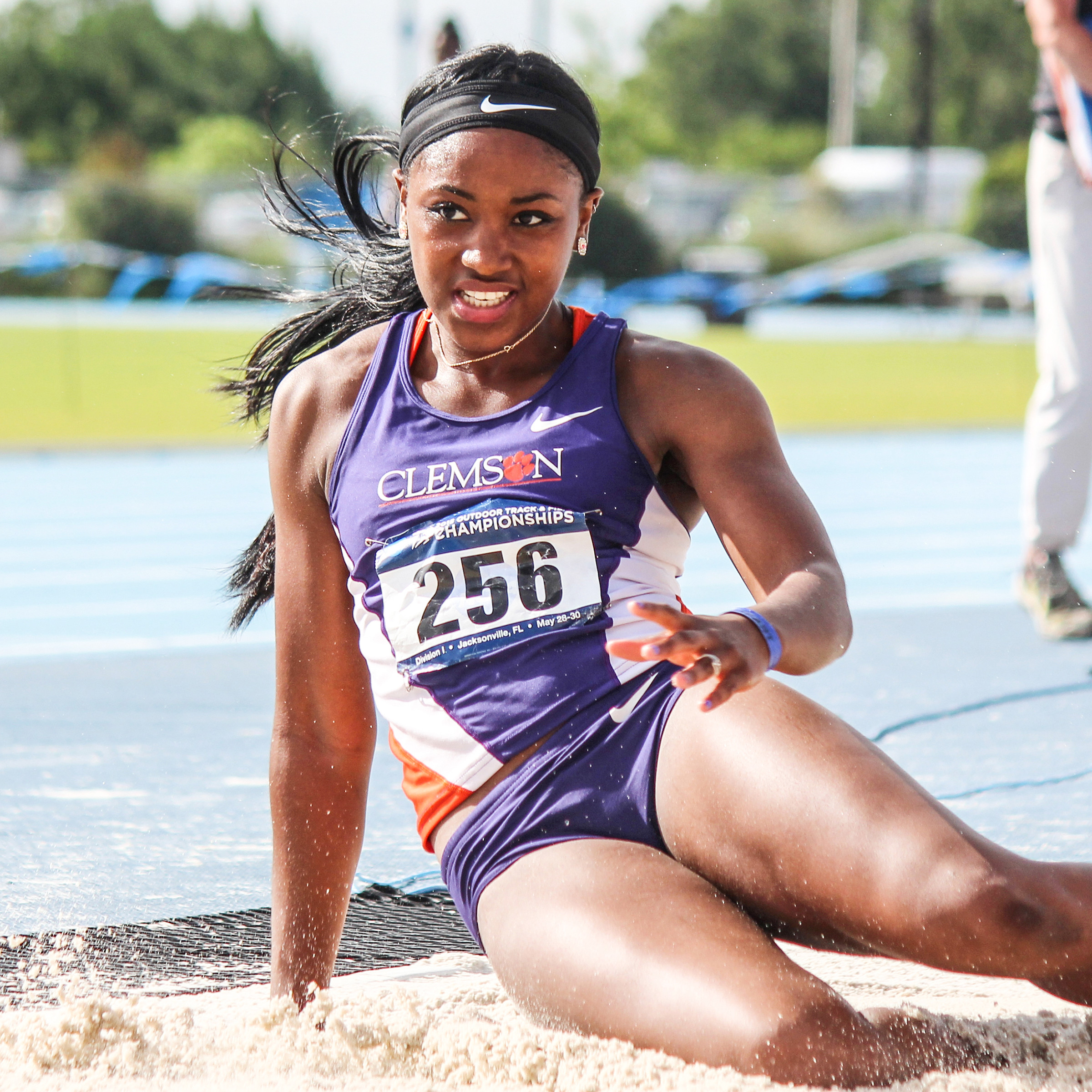 Many college athletes hope to attain those kinds of accolades throughout the course of their four-year career. Amsterdam did it all as a sophomore. This is the same sophomore who was fighting with everything she had just to score in the top eight during her freshman season.

So how was Amsterdam able to improve her jump by over a foot in one year? She attributes all of her success to assistant coach Chris Bostwick, strength & conditioning coach Rick Franzblau, her teammates and her faith in God.

“Coach ‘B’ changed my technique and my approach from the second I came to Clemson, so I basically started brand new my freshman year,” said Amsterdam. “He also told me about a church, and once I started going, that helped me a lot, because I began trusting in God and my faith got stronger. It’s easier to trust in my training if I’m trusting in my faith.”

It was her faith that helped her through the struggles of making all the changes necessary to compete at her best. But at the end of the day, when looking back on her success, Amsterdam believes it is all very simple.

“I’ve been acting out what he’s been telling me,” stated Amsterdam. “Last year, I did everything coach ‘B’ told me to do. I focused on watching film, I focused on eating better, I focused on the things he was telling me in practice and I was actually really shocked with myself at our first home meet. I couldn’t understand how I improved so rapidly.”

Amsterdam is able to push herself and strive for improvement not only because she has coach Bostwick in her corner, but also because the three best triple jumpers in the ACC all compete for Clemson.

Teammates Mimi Land and Anasterasia Terrell each medaled alongside Amsterdam, as the three scored a combined 47 points at the ACC Championships last year in the triple jump alone. Their combined effort included a sweep of the podium in the ACC Outdoor Championships.

“It’s great training with them because you know you’re competing against the best. It takes the pressure off, because we’ll go to track meets and we think it’s funny because it intimidates the other girls, but we treat it basically like practice and have fun with it.”

As fun as it is to be the reigning ACC champion, Amsterdam has her sights on new heights this season. For Clemson, the expectations and standards are set even higher this season, but her goal goes beyond the Tiger uniform. In 2016, Amsterdam has dreams of qualifying and competing for her home country of Guyana in the upcoming Olympics.

“We’re all really focused with this being an Olympic year. Winning the ACC and qualifying for Nationals…that’s a given. We have to do it…no ifs, ands or buts about it.”