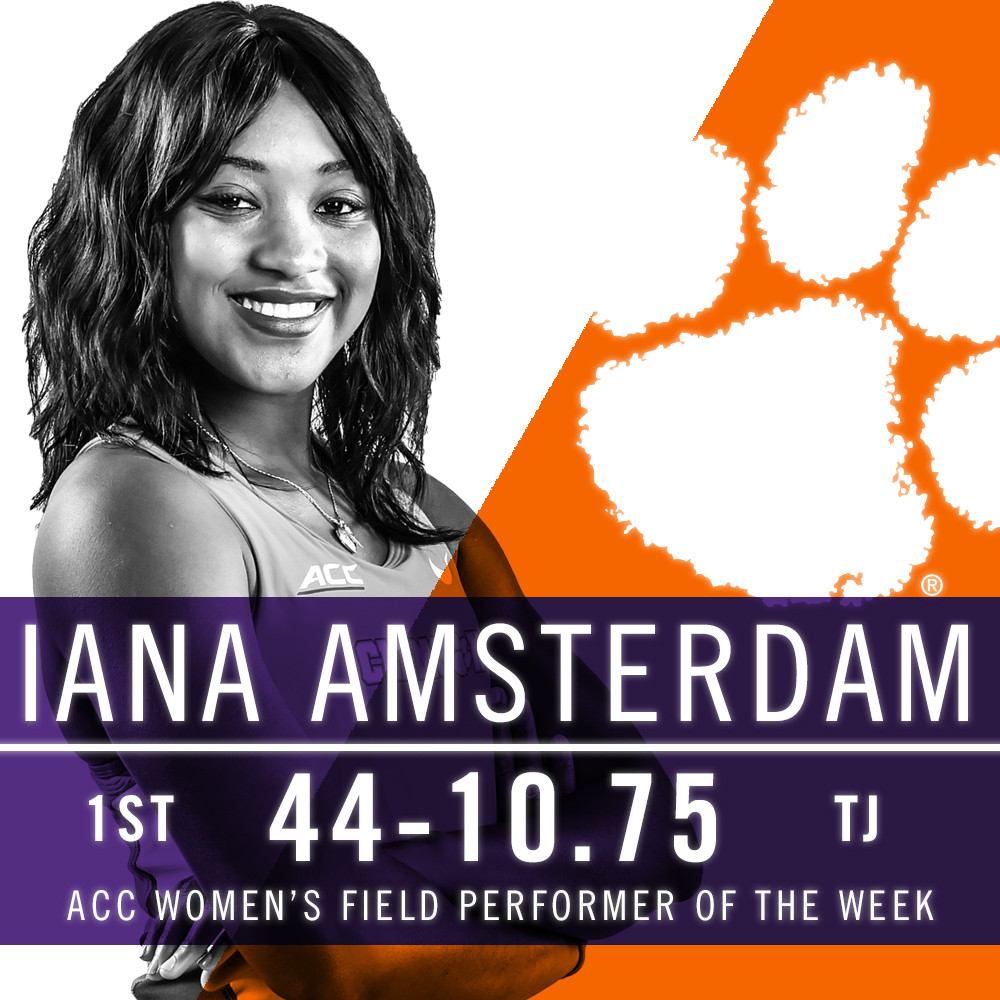 CLEMSON, S.C. — Women’s track & field senior Iana Amsterdam was named ACC Field Performer of the Week on Tuesday by the conference office. It was her second honor of 2017, as she previously shared the weekly indoor accolade on Jan. 14.

Amsterdam produced the nation’s top mark this outdoor season over the weekend at the Clyde Littlefield Texas Relays in her signature event, the triple jump. Amsterdam produced a lifetime best 44-10.75 (13.68m), claiming the victory against an elite field at Texas’ Mike A. Myers Stadium. Amsterdam moved to No. 3 in Clemson’s record books with the effort, behind only former NCAA champions Patricia Mamona and Gisele Oliveira.

Amsterdam and her teammates return to action this weekend at the Spec Towns Invitational in Athens, Ga.