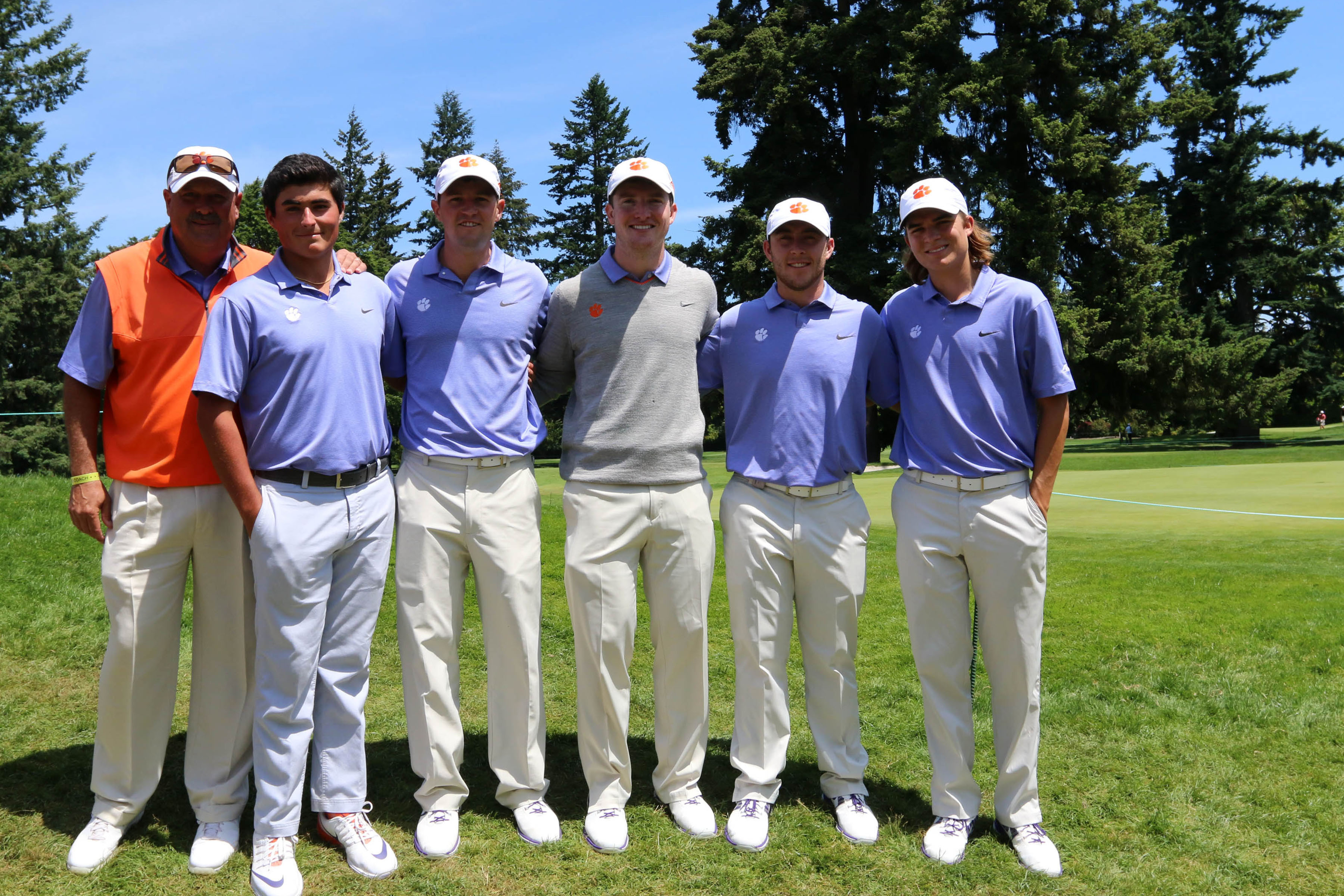 Eugene, Ore.—All five Clemson starters were named to the Ping Golf Coaches Association of America All East Region team on Sunday.   Clemson has the most selections to the East Region team.  Wake Forest was second with three selections.

It marks the first time Clemson has had five players named to the region team as named by the GCAA. Stephen Behr, Miller Capps, Austin Langdale, Carson Young and Bryson Young were all named to the team.   The previous high was four selections in 2010 and 2012.

All five Tigers are competing in the NCAA National Tournament in Eugene, Oregon this weekend.  The Tigers were 15th out of 30 teams entering Sunday’s third round.

Behr was named first-team All-ACC this year and was the national winner of the Byron Nelson Award.  This week he was presented with the Elite 90 Award as the top student-athlete at the NCAA National Championship this year.  This is the third time that Behr has been named to the All-Region team.

Capps was named to the All-Region team for the second consecutive year.  The Clemson graduate  was also named in 2015.

Langdale and Young were named to the All-Region team for the first time.  Both were named first-team All-ACC this year.

Nimmer is the first freshman to make the All-Region team since Corbin Mills in 2010.  Nimmer was also named All-ACC and was the ACC Freshman of the Year.