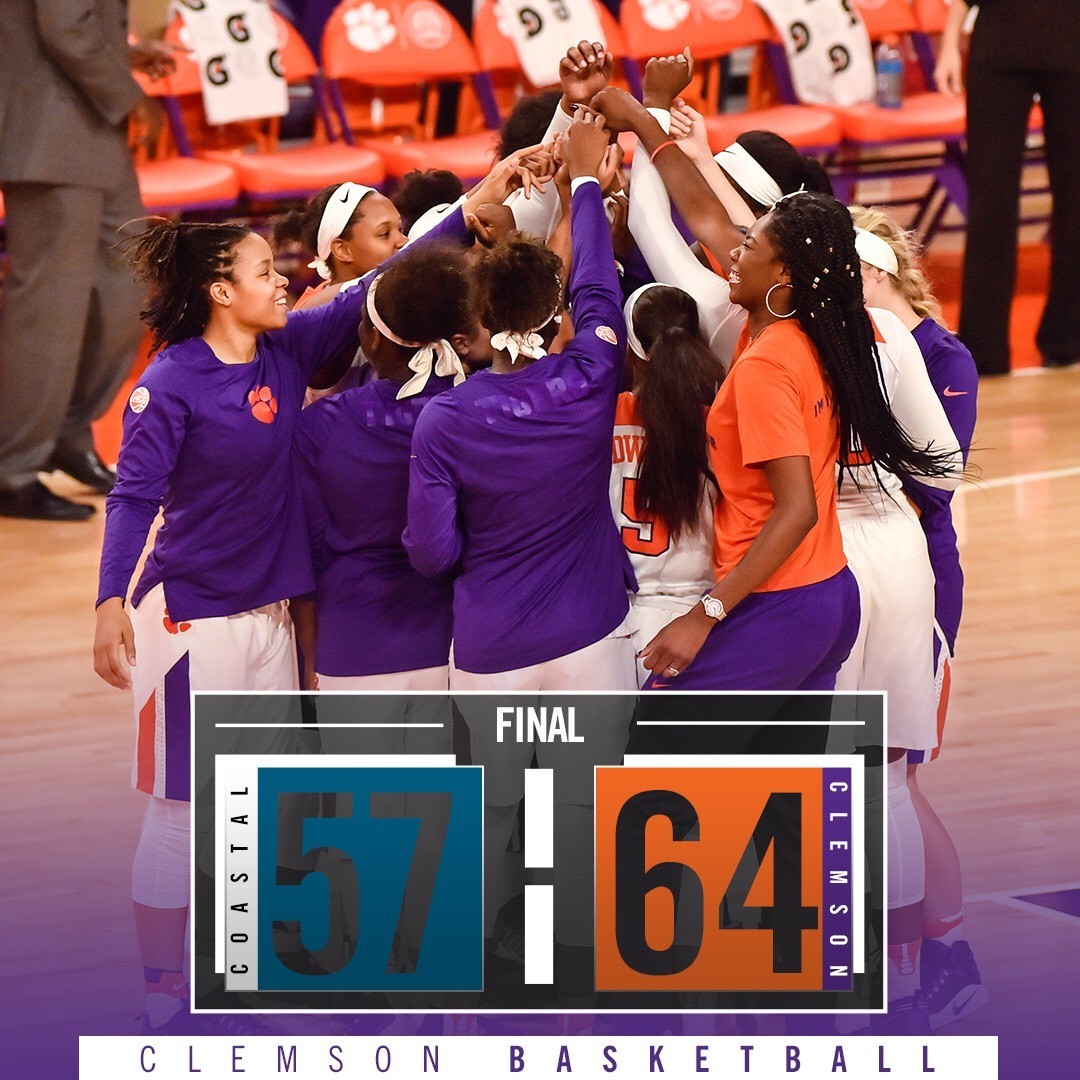 CLEMSON, S.C. – Freshman Jaia Alexander was one of four Tigers in double figures in scoring as the Clemson women’s basketball team opened its 2016-17 campaign with a 64-57 victory over Coastal Carolina in Littlejohn Coliseum on Friday afternoon. With the win, the Tigers start out the season at 1-0, while the Chanticleers are 0-1. There were 2,242 fans in attendance to watch the first regular season basketball game, many of them children from local schools.

“It was exhilarating to walk out on the court to a great crowd; all of the local kids that were in attendance were just unbelievable,” said Head Coach Audra Smith. “We faced some challenges, which was a good thing for us. We had to come back after Coastal made a run and were able to build back a lead after that, which showed a lot of maturity. It was just really good to come away with a ‘W’ today.

“We are so truly blessed to have this facility and of course want to say a big thank you to IPTAY and all of our donors, especially Mr. Swann, as well as to Dan Radakovich for his vision and wanting to make sure that we’re on an even playing field with the other teams in our conference. A big thing for us was that we wanted to go out on the floor and say thank you to all of them by getting a win today, and I’m so pleased we were able to do that.”

After an even first quarter, Clemson outscored Coastal 21-9 in the second period to take a 36-24 lead into halftime. The Chanticleers cut the lead to three with an 18-9 advantage in the third quarter, but the Tigers came back with determination in the fourth quarter, coming out on top by seven.

The Tigers have a quick turnaround, as they host Western Carolina on Sunday, Nov. 13 at 2 p.m. in Littlejohn Coliseum. The game is Clemson’s Pediatric Cancer Awareness contest, and the Tigers will be raising funds and awareness for children’s cancers.