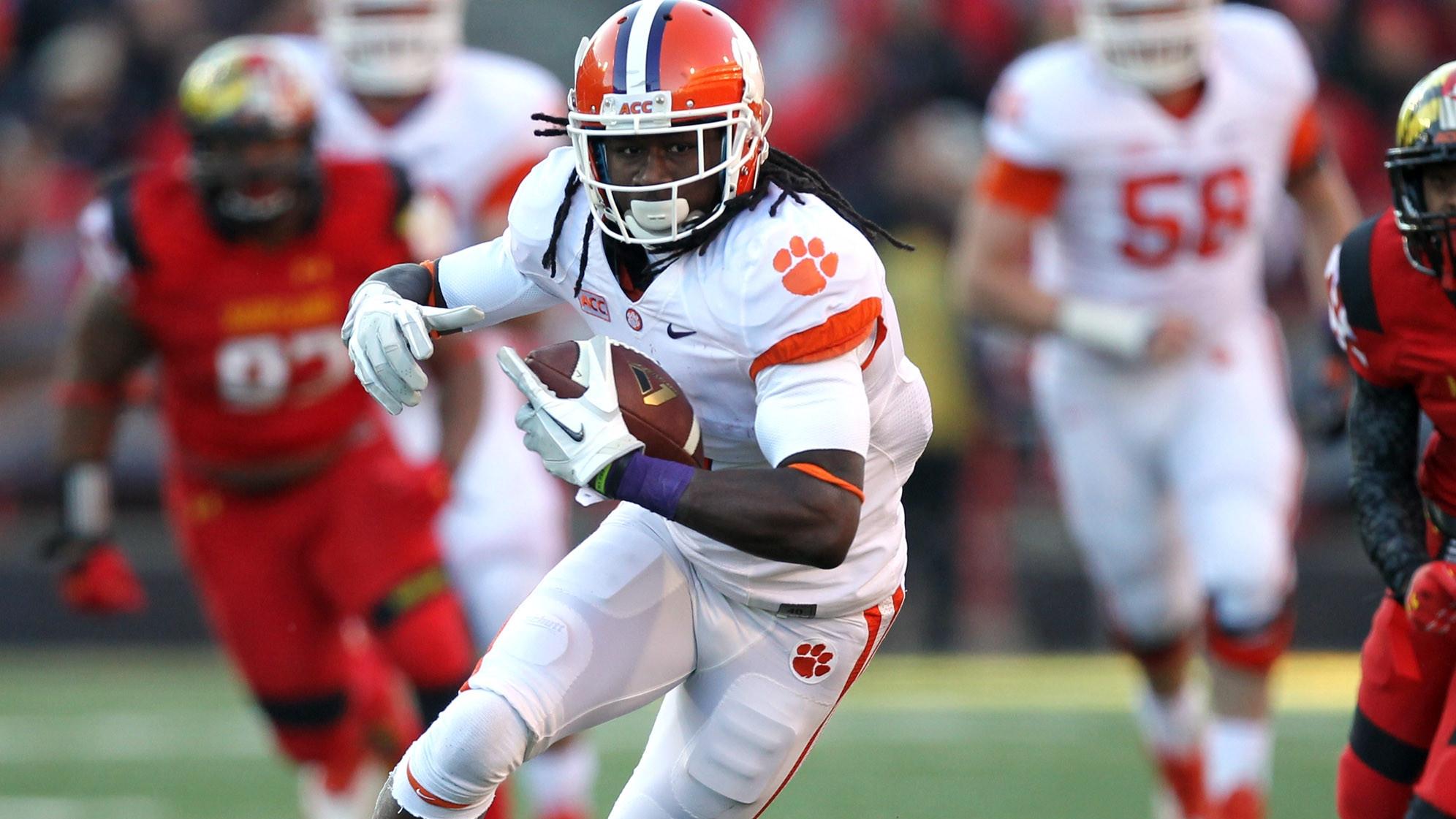 Watkins set a school record with 14 receptions for 163 yards in Clemson’s 40-27 victory over Maryland, breaking the previous record of 13 catches in a game set by DeAndre Hopkins against Auburn and LSU last year. It was Watkins’ fifth game of at least 100 receiving yards this season and the 12th of his career to tie Hopkins’ Clemson career record for 100-yard games. Watkins finished the game with a season-high 209 all-purpose running yards, helping the Tigers to 40 points and 540 total yards. Watkins also had four catches of at least 20 yards in the game.  He was named ACC Receiver of the Week for second time this season following his performance against the Terrapins.