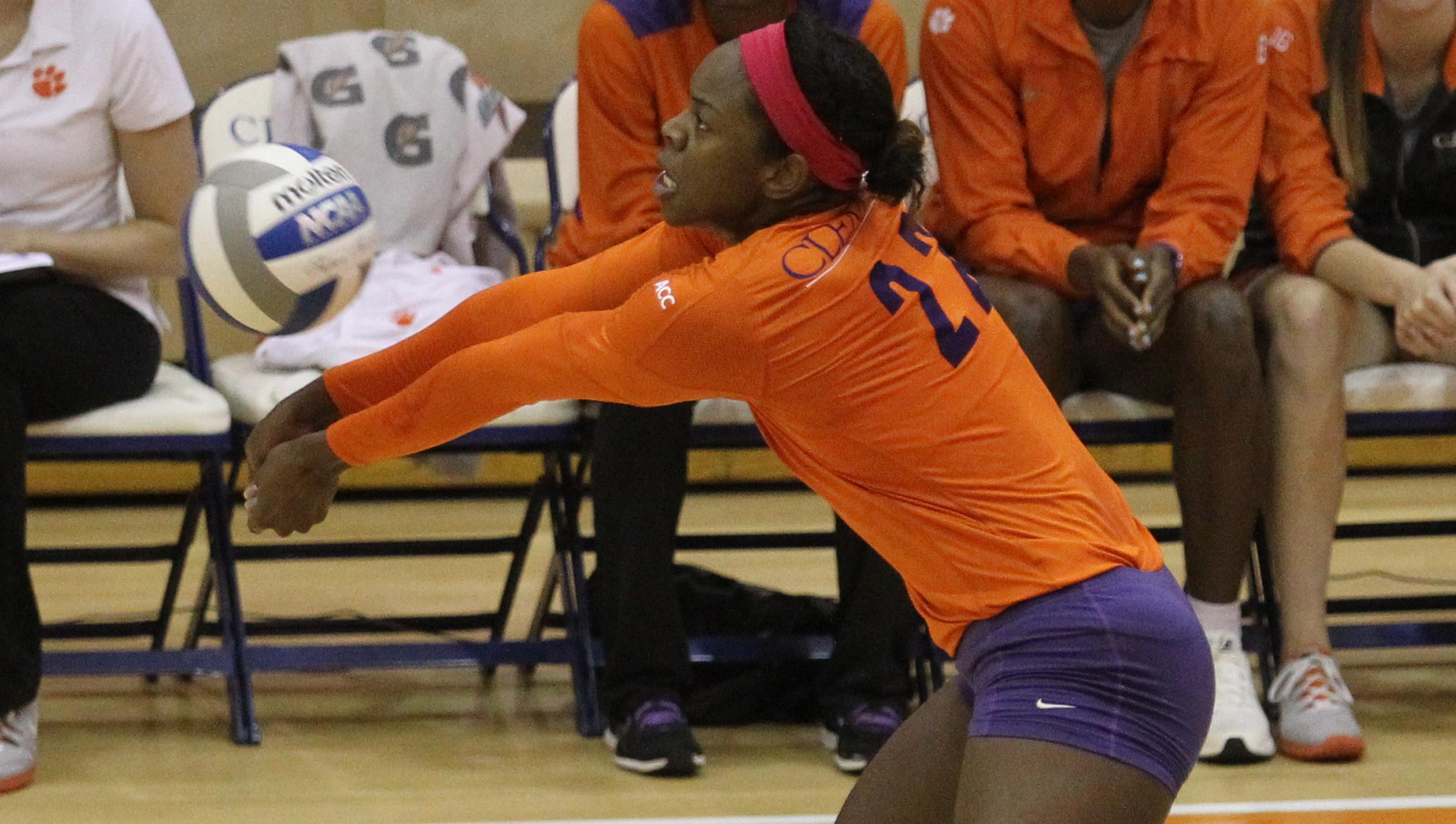 Simmons averaged 6.33 kills, 6.67 points, 4.5 digs per set, and hit .465 as Clemson went 2-0 last week with a pair of 3-0 wins over Notre Dame and Georgia Tech. She notched her fifth and sixth consecutive double-doubles of the season. Simmons’ 24 kills in three sets against the Fighting Irish were the most by an ACC student-athlete in a three-set match since 2007, when Miami’s Genny Mayhew recorded 25 kills in 3-0 win over Wake Forest.  Simmons was named the ACC Player of the Week for her performance, while teammate Leah Perri earned ACC Freshman of the Week honors.