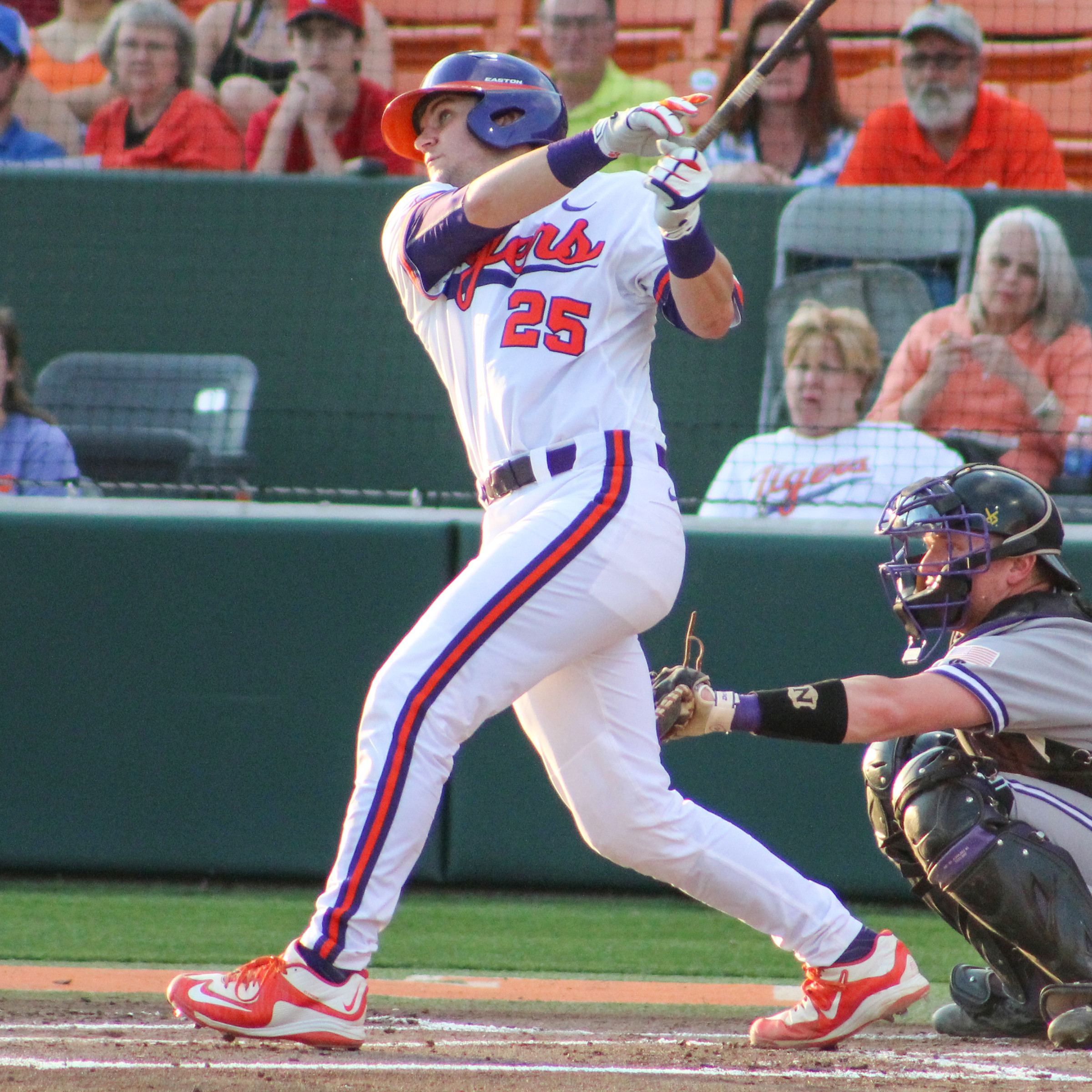 After going 13-for-23 (.565) with three home runs, two doubles, a 1.043 slugging percentage, seven RBIs and six runs in five games for the Tigers last week, sophomore Chris Okey was named the ACC Player of the Week. On the week, he had at least two hits in all five games, including three three-hit games.

In the three-game series at Boston College, he went 8-for-14 (.571) with three homers, one double, seven RBIs and five runs.