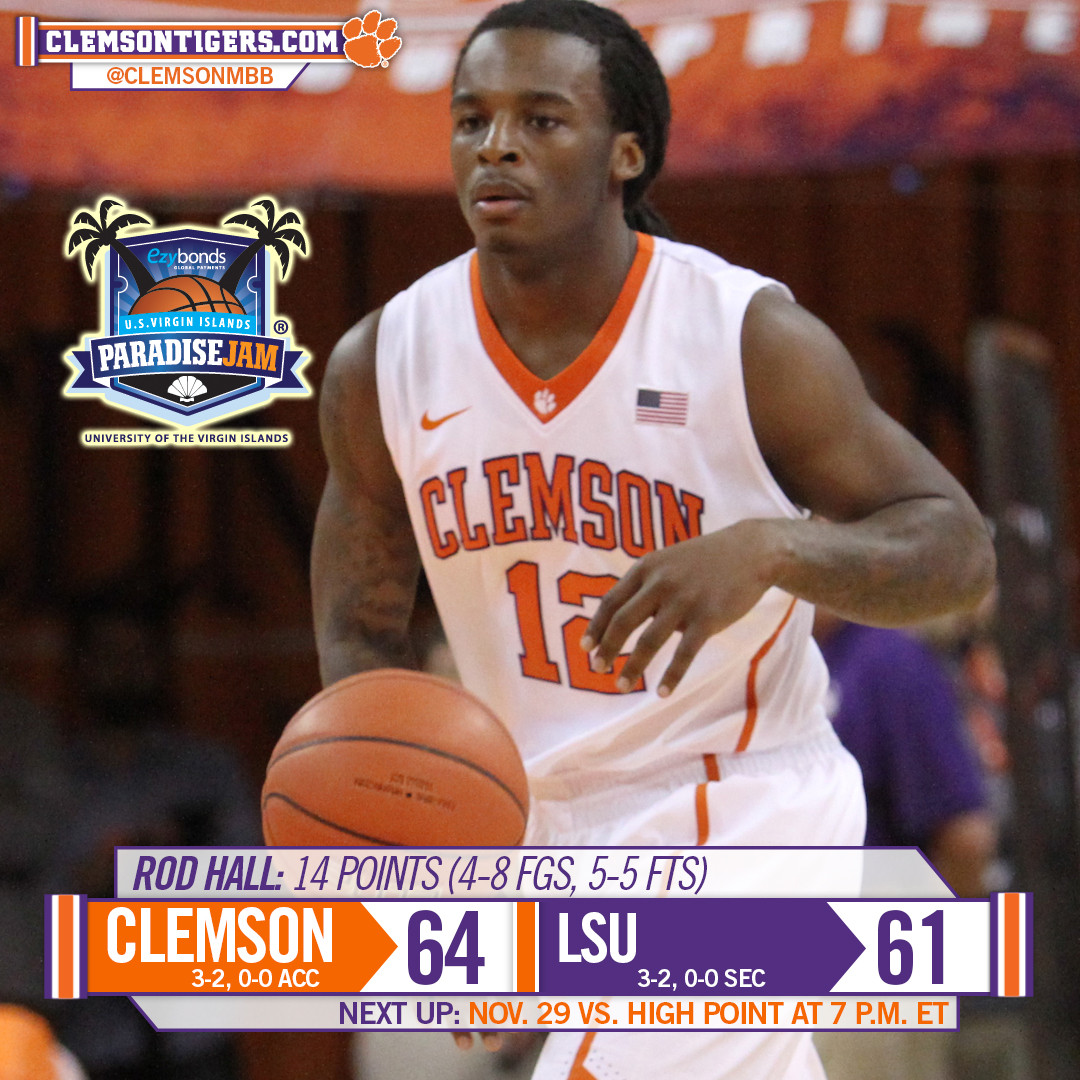 ST. THOMAS — Trailing 56-52 at the under-four media timeout, Clemson rallied for a 64-61 triumph over LSU to win the fourth place game at the Paradise Jam in the U.S. Virgin Islands. The ACC’s Tigers improved to 3-2 overall and went 2-1 in the event, while LSU fell to 3-2, leaving the tournament with a 1-2 mark.

Donte Grantham’s three put Clemson ahead with two minutes left, and the Tigers salted the game away by making five of six free throws inside the final 90 seconds. During the same stretch, Clemson’s defense limited LSU to just 1-of-6 field goals.

Damarcus Harrison led the Tigers with 16 points, while fellow senior Rod Hall produced 14 and did not miss a free throw in five tries. Grantham (13) and Jaron Blossomgame (10) were also in double figures, while Landry Nnoko contributed eight points, nine rebounds and a pair of key blocks inside the final stretch.

Clemson came out with a stingy defensive approach, limiting LSU to one make over its first 11 field goal attempts. As a result, the ACC Tigers built a 10-4 lead almost seven minutes into the game. But LSU whittled away at it, making its next four shots and eventually claiming a 16-14 advantage. The lead stretched to 29-23, but Clemson ended the half strong on a 7-2 run to pull within one at the break.

Blossomgame tipped in a Nnoko miss to give the Tigers a 59-57 lead with 1:27 to go, and from there Clemson was flawless with its execution. Plagued by 15 turnovers in the game, Clemson did not commit a single one inside the final five minutes.

The Tigers return home to play four consecutive games, starting with High Point on Friday. The game tips off at 7 p.m. ET from Littlejohn Coliseum.