The Tigers will appear on ESPN family of networks 12 times during ACC play. All 20 games are televised, including 10 on ACC Network. Clemson previously announced its non-conference schedule, and the full 2021-22 slate can be viewed in its entirety here.

During the first semester portion of league games, Clemson opens at Miami, heads to Virginia and hosts Duke before the New Year.

The Tigers will begin the ACC exclusive part of their schedule on Dec. 22 on the road at Virginia followed by home contests against Duke and a quick turnaround against the Cavaliers. 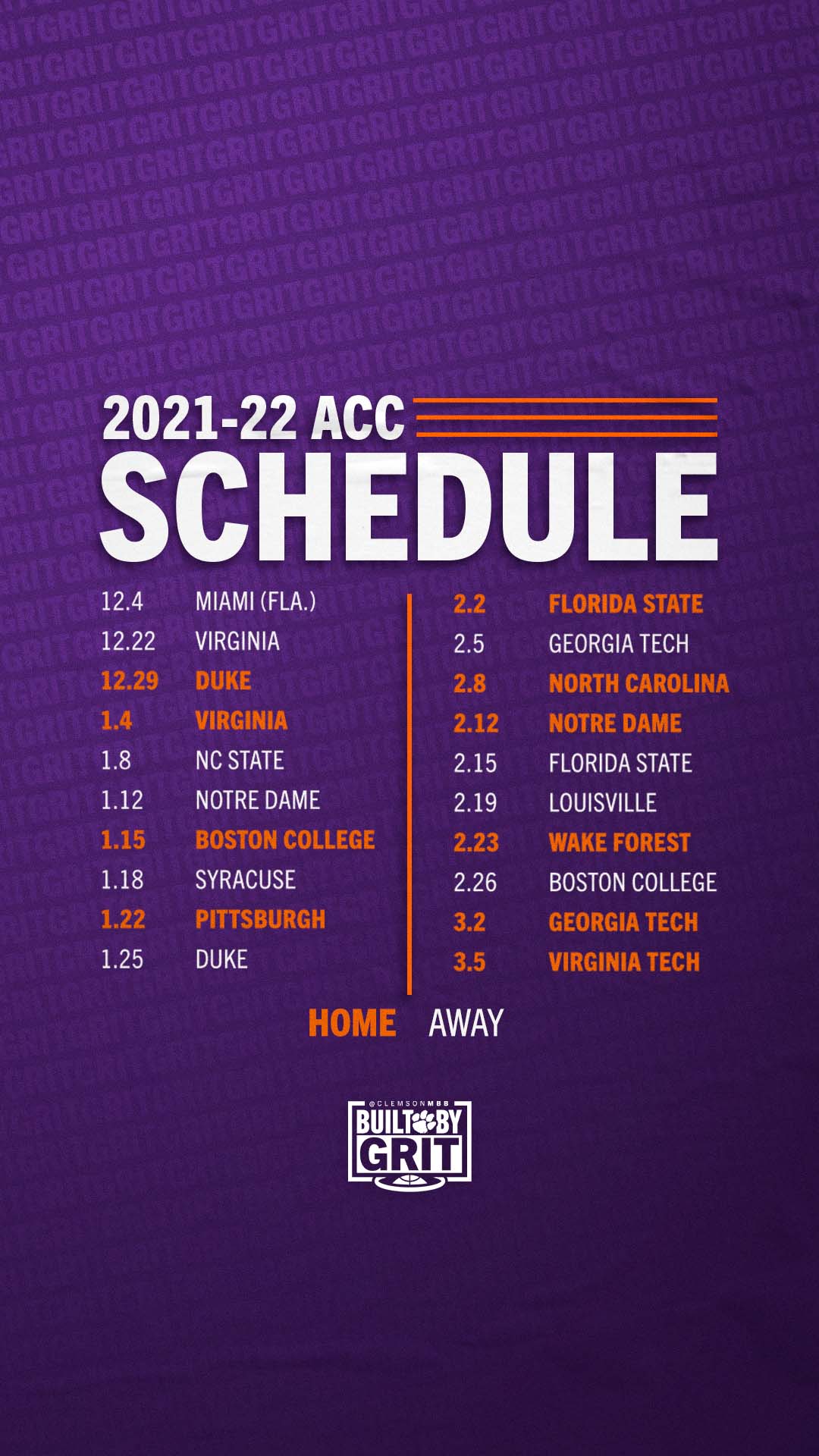