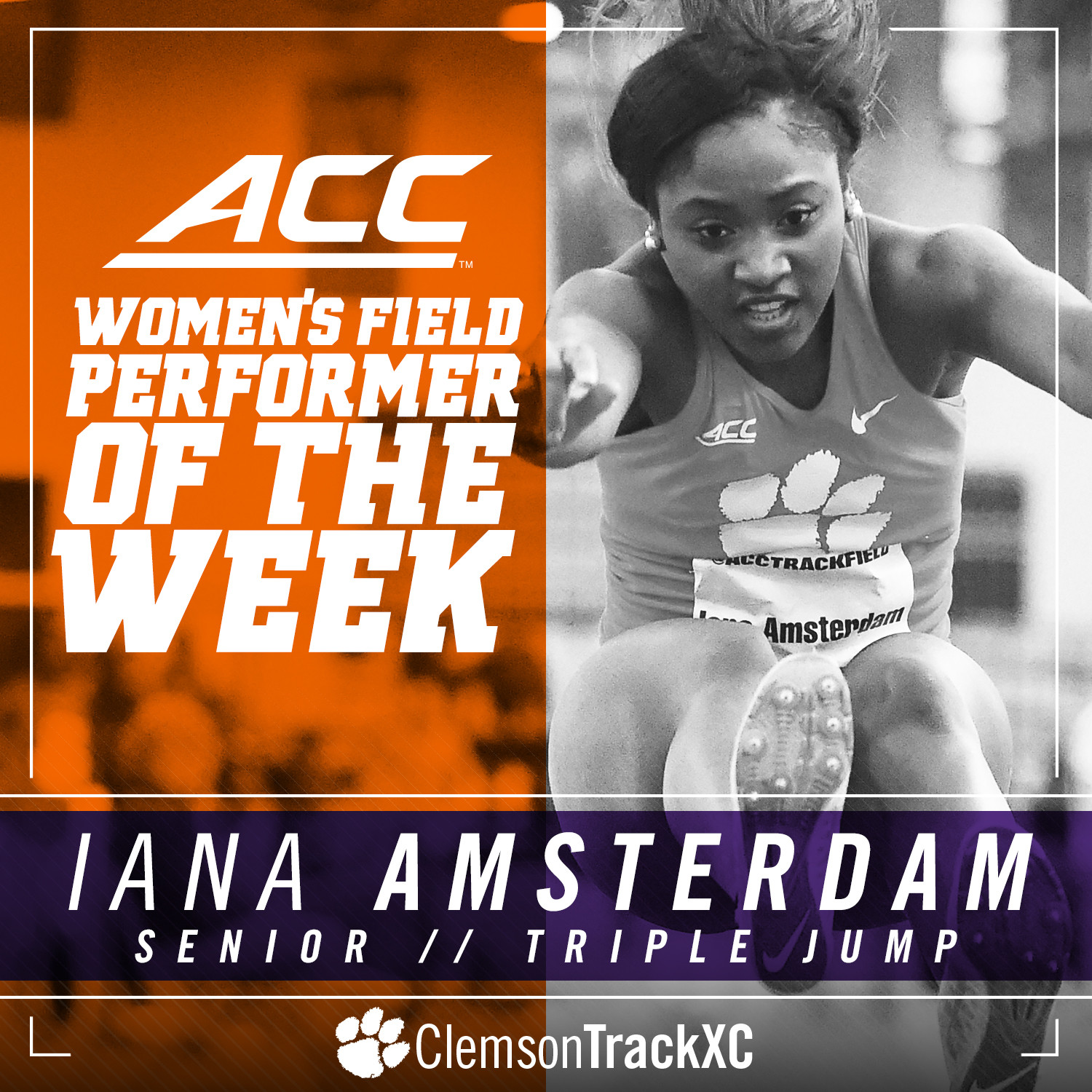 In her first meet competing in the triple jump this season, Amsterdam won the event with a leap distancing 42-6.75. The mark is currently the eighth best jump in the nation and the top mark registered by an ACC student-athlete this season. Last year, the jump would have been the 25th best leap recorded in the country entering the NCAA Championships. Amsterdam’s season best last year was just two inches better than her first-place effort this weekend as she qualified for the NCAA Championships with the 20th best jump in the nation in 2016.

The next test for the Tigers awaits in Lexington, Kentucky as Clemson will compete in one of this weekend’s most prestigious meets in the country. The Rob McCravy Memorial is set to take place Friday and Saturday, January 20-21 in Nutter Field House with action beginning both days at 10 a.m.