The ACC has announced several women’s basketball schedule changes. Clemson’s Jan. 17 contest at Florida State will now be played in Tallahassee, Fla., on Tuesday, Jan 26 (time TBA). The Tigers have added a home game with Boston College on Sunday, Feb. 7 (time TBA) and the Feb. 14 home game against Wake Forest will now be played at 4:00 p.m. (originally scheduled for 2:00 p.m.)

Also, Clemson’s January 28 home game against Virginia has been canceled, after the Cavaliers announced yesterday they would be canceling the remainder of their season. 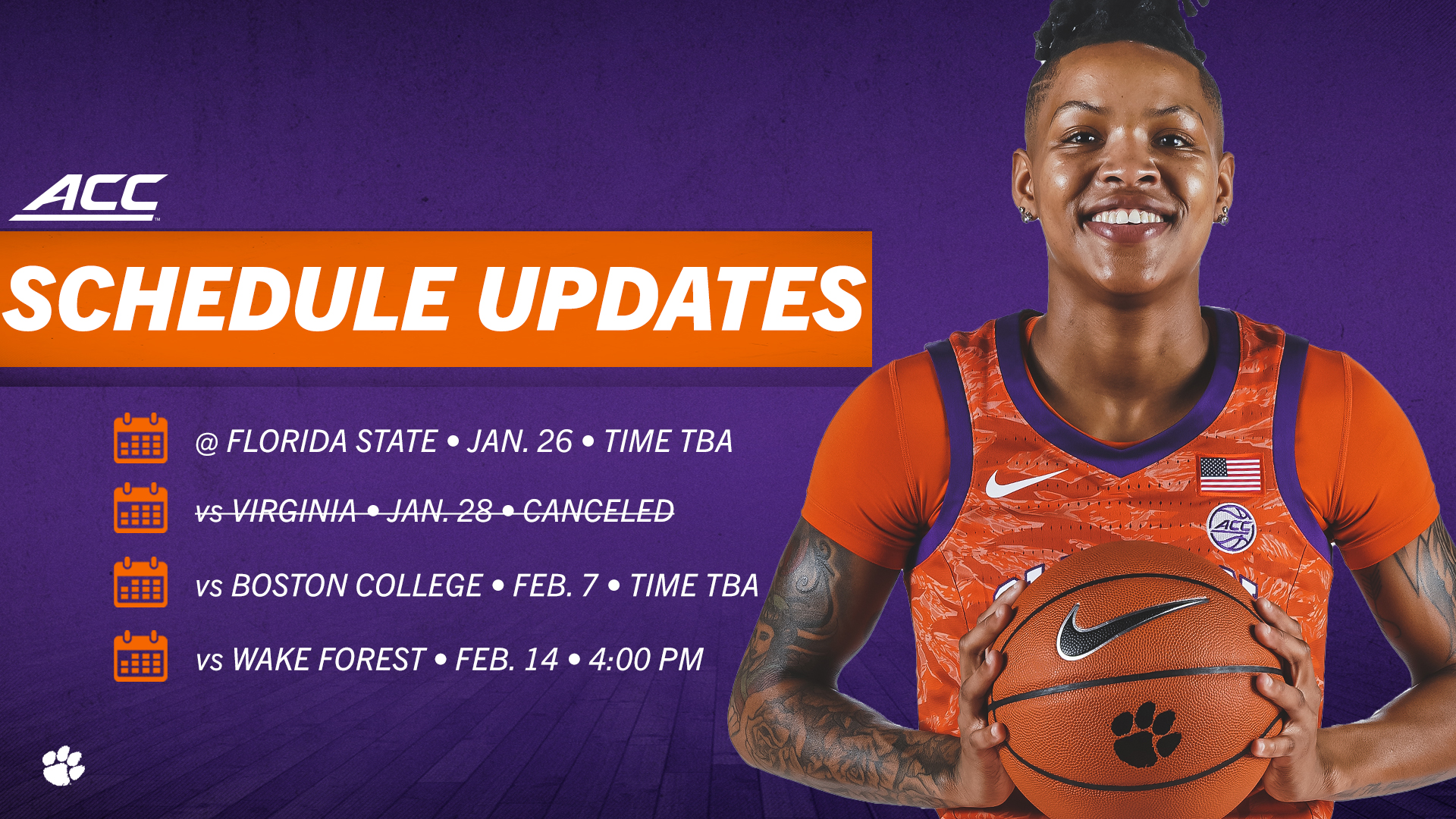 Changes have been made to the #ACCWBB schedule. Rescheduled games and adjusted dates below↓https://t.co/IsUuVePTyn