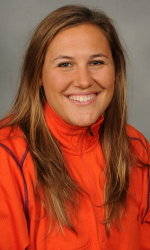 The complete ACC Academic Honor Roll for the 2010-11 academic year is available at the link below.