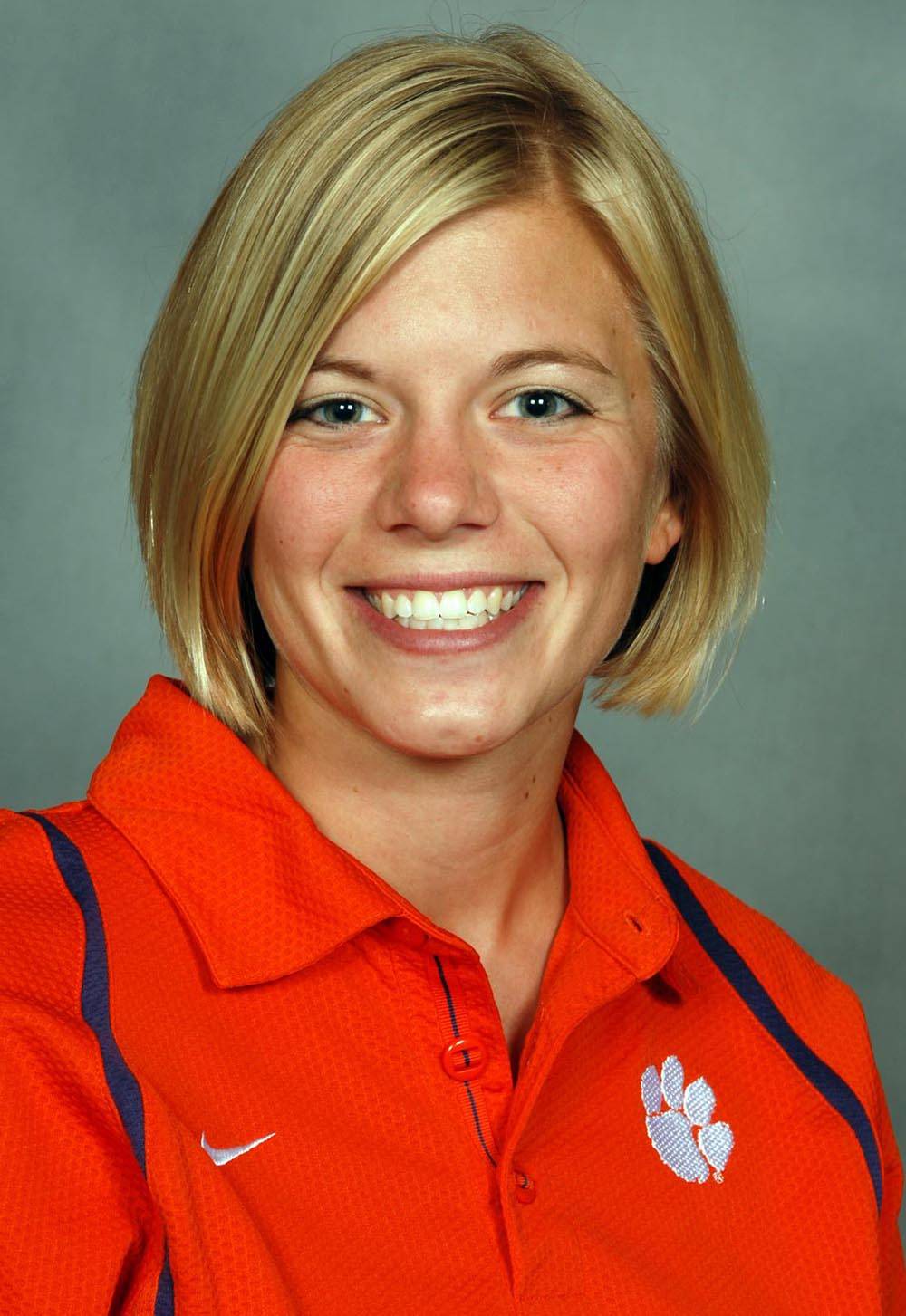 Abby Schreiter has accepted a position in the Sports Medicine department as an Assistant Athletic Trainer, and began work on July 2, Head Athletic Trainer Danny Poole announced. Schreiter was most recently an Assistant Athletic Trainer at Furman University, but also completed a two-year graduate assistantship at Clemson from 2007-09. Schreiter will work primarily with the women’s soccer and rowing programs at Clemson. The Pennsylvania native completed her undergraduate work at East Carolina in 2006 in Athletic Training, and also earned a teaching certification in health education. After working as a head athletic trainer at a Pennsylvania high school, Schreiter took a position at Clemson as a graduate assistant in 2007, completing a degree in Human Resource Development in 2009. During that time, she worked with the volleyball team, and was a part of the staff in Clemson’s 2007 ACC Championship season. She also assisted in the day-today operations of the facility, working with 17 athletic teams. She then joined Furman’s staff in 2009, where she was responsible for the volleyball, women’s soccer, and cross country and track and field programs. Schreiter is a board-certified Athletic Trainer (ATC), has a South Carolina Athletic Trainer license, and a North Carolina Health Education license.