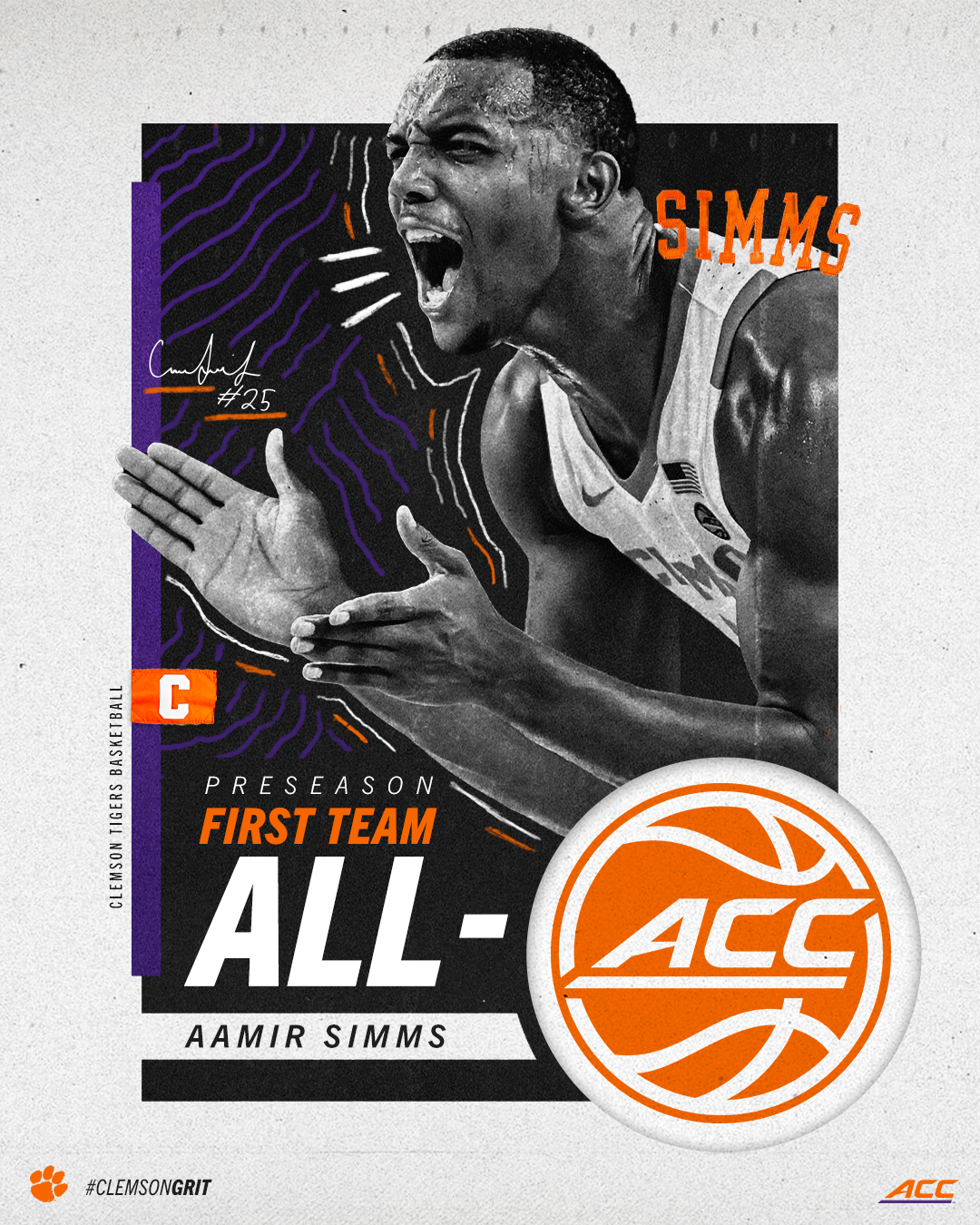 He notched six 20-point games last year, while shooting a career-best 47.4 percent from the floor and a career-high 40.0 percent from 3-point range. Simms earned ACC Player of the Week for his performance at North Carolina, leading the Tigers with 20 points, eight rebounds, six assists, four blocks and three steals to help Clemson end its winless streak in Chapel Hill.

He followed that performance up with a career-high 25 points in a win over No. 3 Duke. Simms tallied one of his five double-doubles on the season with 10 boards against the Blue Devils.

Clemson released its schedule yesterday and it can be viewed by visiting ClemsonTigers.com.

Last year’s season ticket holders should have by now received instructions for how to request tickets for the 2020-21 season and will have a deadline to submit requests by 11:59 p.m. Nov. 15, 2020. Beginning Nov. 23, all IPTAY members will have the opportunity to request tickets based on availability.