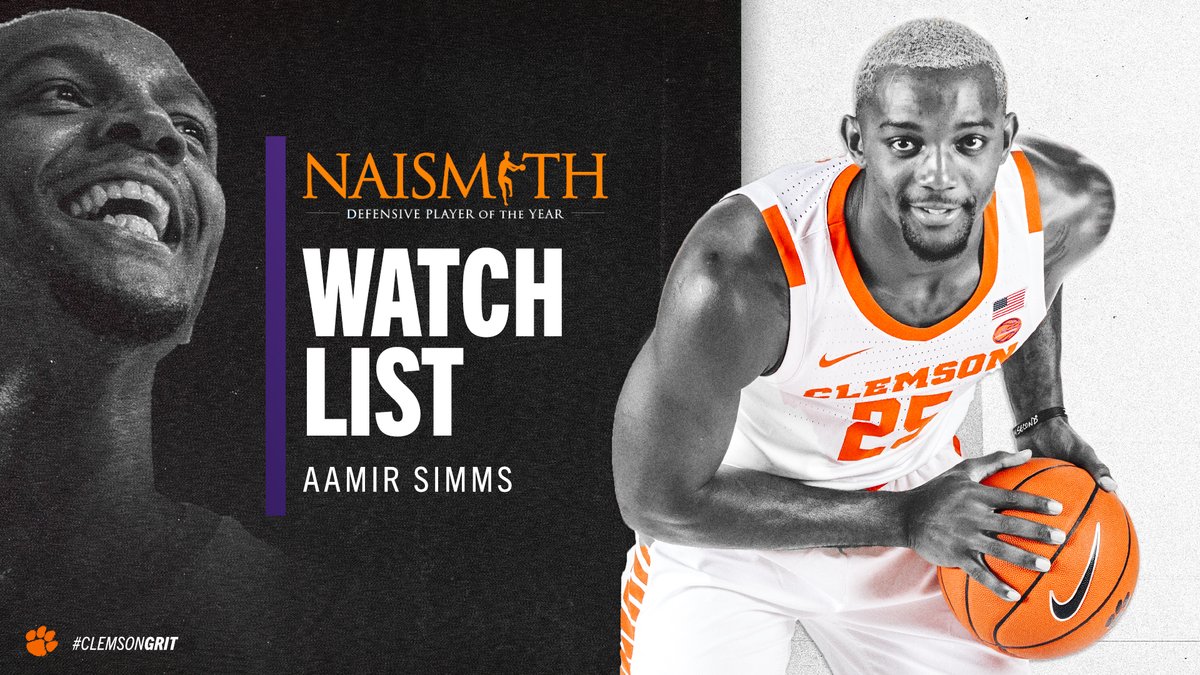 CLEMSON, S.C. — Clemson University men’s basketball forward Aamir Simms (Palmyra, Va./Blue Ridge School) was one of just 15 men’s basketball players across the country to be named to the Naismith Defensive Player of the Year Watch List, announced by the Atlanta Tipoff Club.

He has posted two games with double-digit rebounds and has secured seven or more in six contests this season. He posted a career-high-tying four blocked shots, while securing 25 points, seven rebounds and four assists to go along with the game-winning shot in a 66-65 win at Miami (Jan. 2).