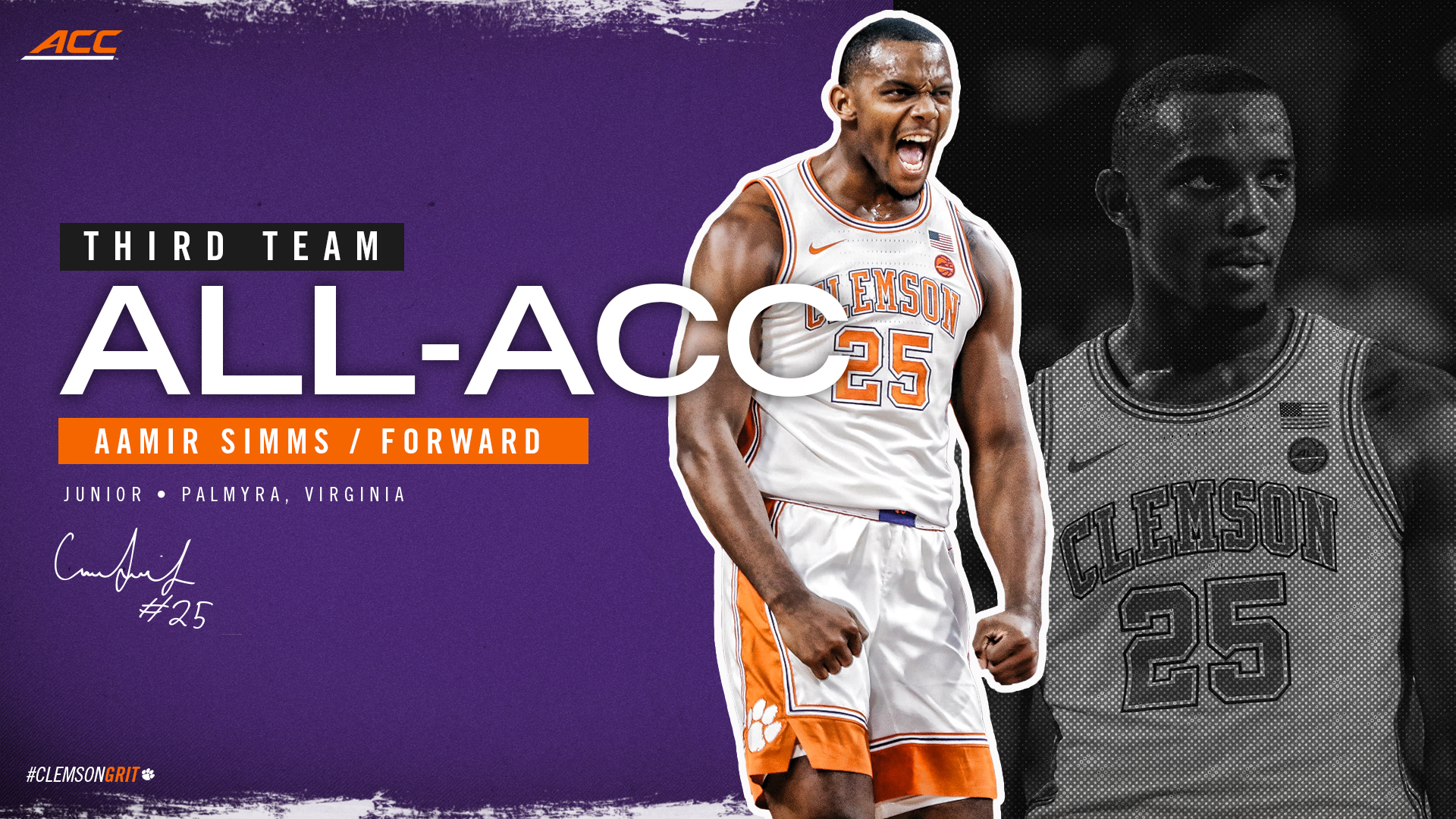 Simms, a junior forward, was named to the All-ACC Third Team. This marks the first postseason honor for Simms. He recently earned his second All-ACC Academic honor last week.

The Palmyra, Va. native leads Clemson in scoring (13.0 points per game) and rebounding (7.1 rebounds per game). He is currently tied with Al-Amir Dawes for the team lead in assists with 74.

Simms has posted six of his seven career 20-point games this season, including a career-best 25 points to go along with nine rebounds in a 79-72 win over No. 3/3 Duke. He was named ACC Player of the Week (Jan. 13), following that performance.

He became the first Clemson player over the last 20 seasons to post 20 points, 5 rebounds and 5 assists in consecutive games. He did it in wins at North Carolina and against Duke.

Simms posted his first career double-double this season in Clemson’s opener against Virginia Tech (12 points and 15 rebounds) and has now tallied four in 2019-20. The 15 rebounds against the Hokies are a career best.

Simms led the Tigers to their first-ever victory in Chapel Hill and he did it in dramatic fashion. He posted a “Quintuple Leadership” against the Tar Heels, leading the Tigers in points (20), rebounds (8), assists (6), blocks (4) and steals (3). He connected on a game-tying 3-pointer with 3.0 seconds left to send the game into overtime where the Tigers prevailed.