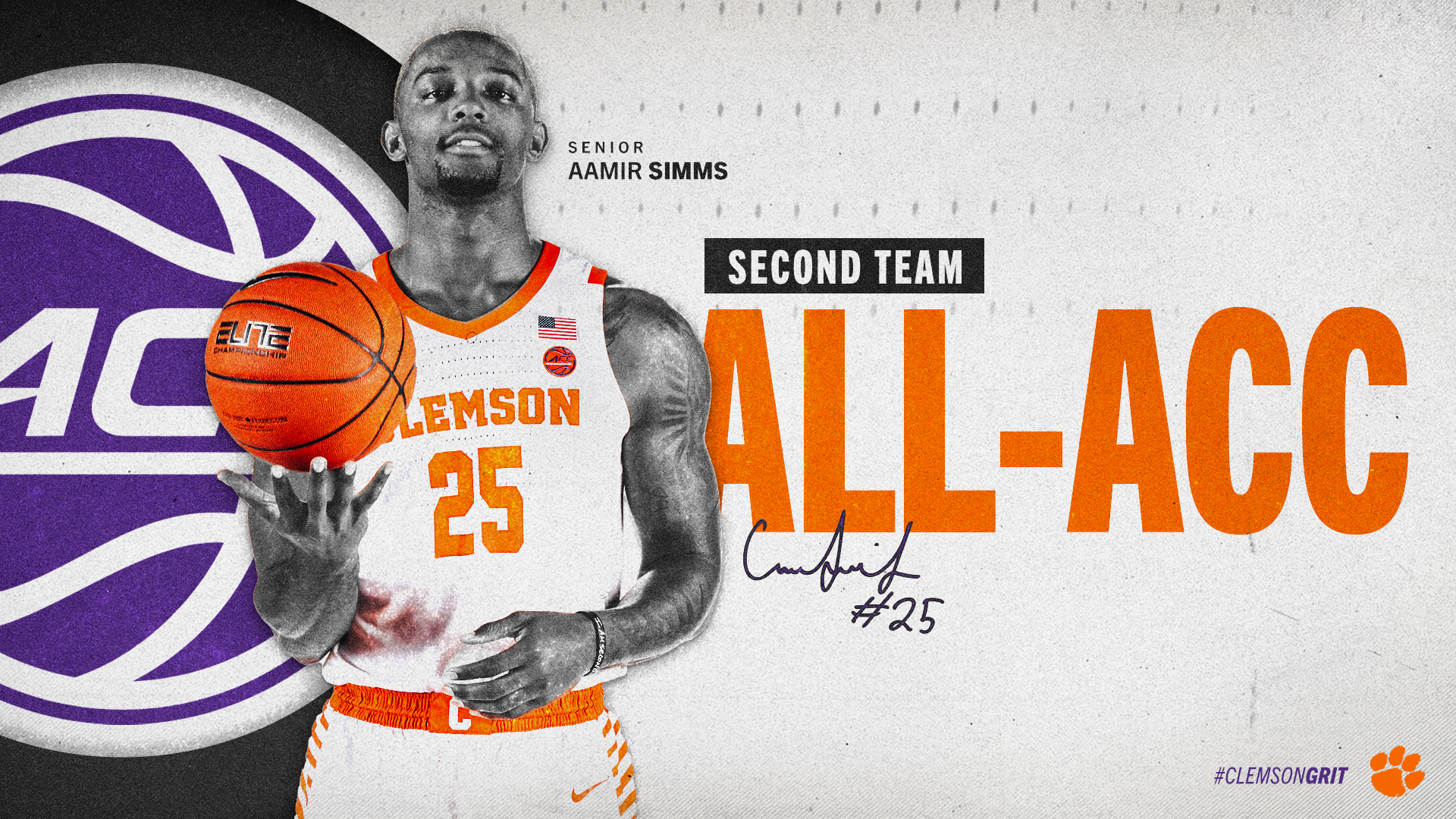 This marks Simms’ second career All-ACC honor after receiving third-team recognition last season. Simms is the only player in the league to lead his team in points, rebounds and assists and is doing so for the second consecutive season. It has only been done six times previously in ACC history.

The Palmyra, Va., senior has tied his career high of 25 points twice this season, including in wins at Miami (Jan. 2) and against Georgia Tech at home (Feb. 12). He has netted double figures in 14 games this season and has amassed three double-doubles.

The Tigers open the ACC Tournament on Wednesday, March 10 at 2:30 p.m. on ACCN. Clemson will face the winner of Pittsburgh and Miami.