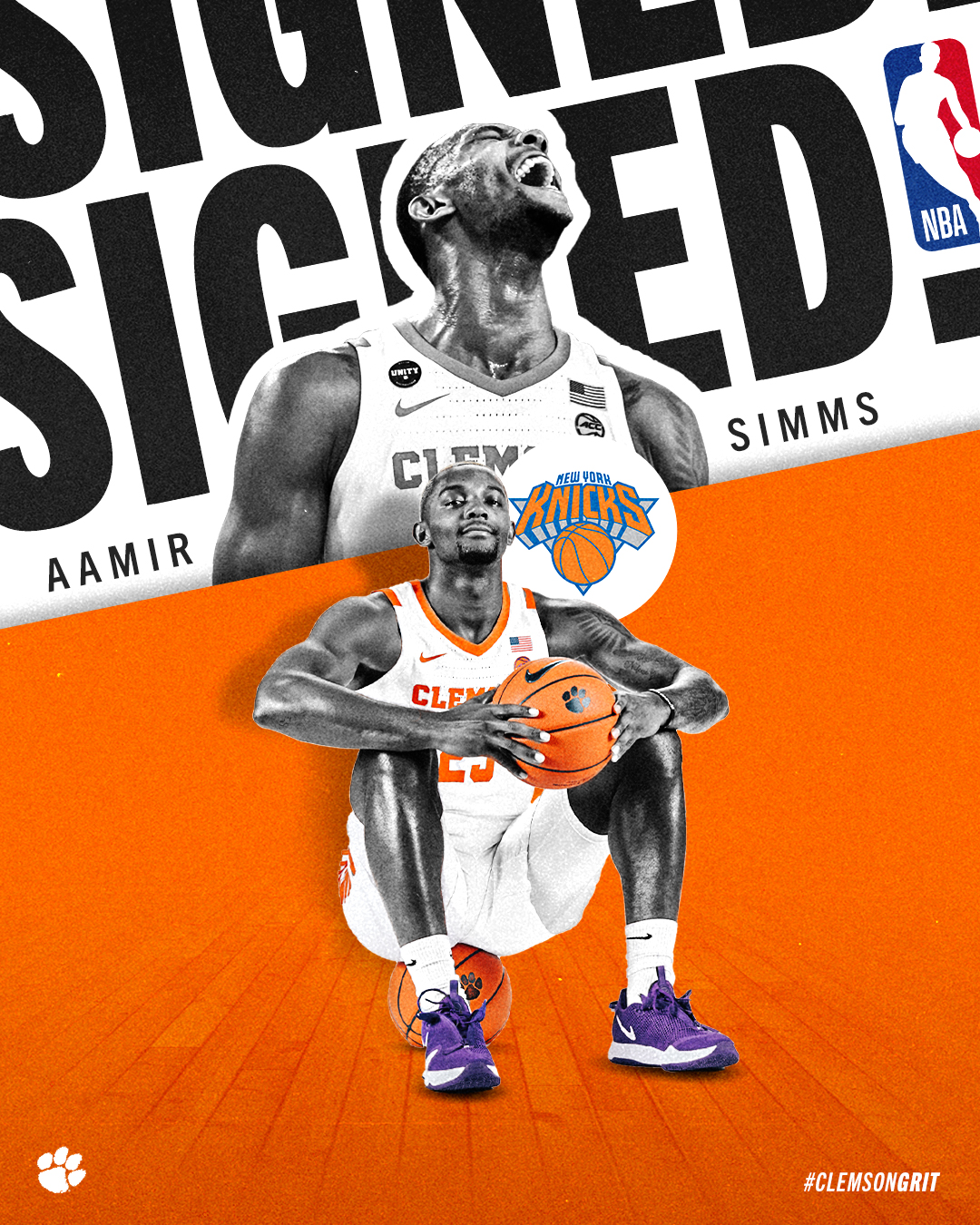 CLEMSON, S.C. — Clemson University men’s basketball’s Aamir Simms has signed an undrafted free agent contract with the New York Knicks. Details of the contract have not been announced.

Simms was a two-time All-ACC player after receiving third-team recognition in 2019-20 and second-team honors in 2020-21. Simms was the only player in the league to lead his team in points, rebounds and assists and is doing so for the second consecutive season. It has only been done six times previously in ACC history.

The Palmyra, Va., senior tied his career high of 25 points twice last season, including in wins at Miami (Jan. 2) and against Georgia Tech at home (Feb. 12). He netted double figures in 14 games last season and has amassed three double-doubles.

Simms was named the recipient of the 2021 “Skip” Prosser Award, emblematic of the top scholar-athlete in men’s basketball. Simms was a three-time member of the All-ACC Academic Basketball team. The Palmyra, Va., senior carried a 3.25 GPA with a major in sport communications, including a 3.60 GPA in the Fall of 2019 and earning Dean’s List honors in the Fall of 2020. He completed two, for-credit internships with the non-profit US Play Coalition.

Simms is Clemson’s second honoree of the Skip Prosser Award. Cliff Hammonds won the inaugural award back in 2008.