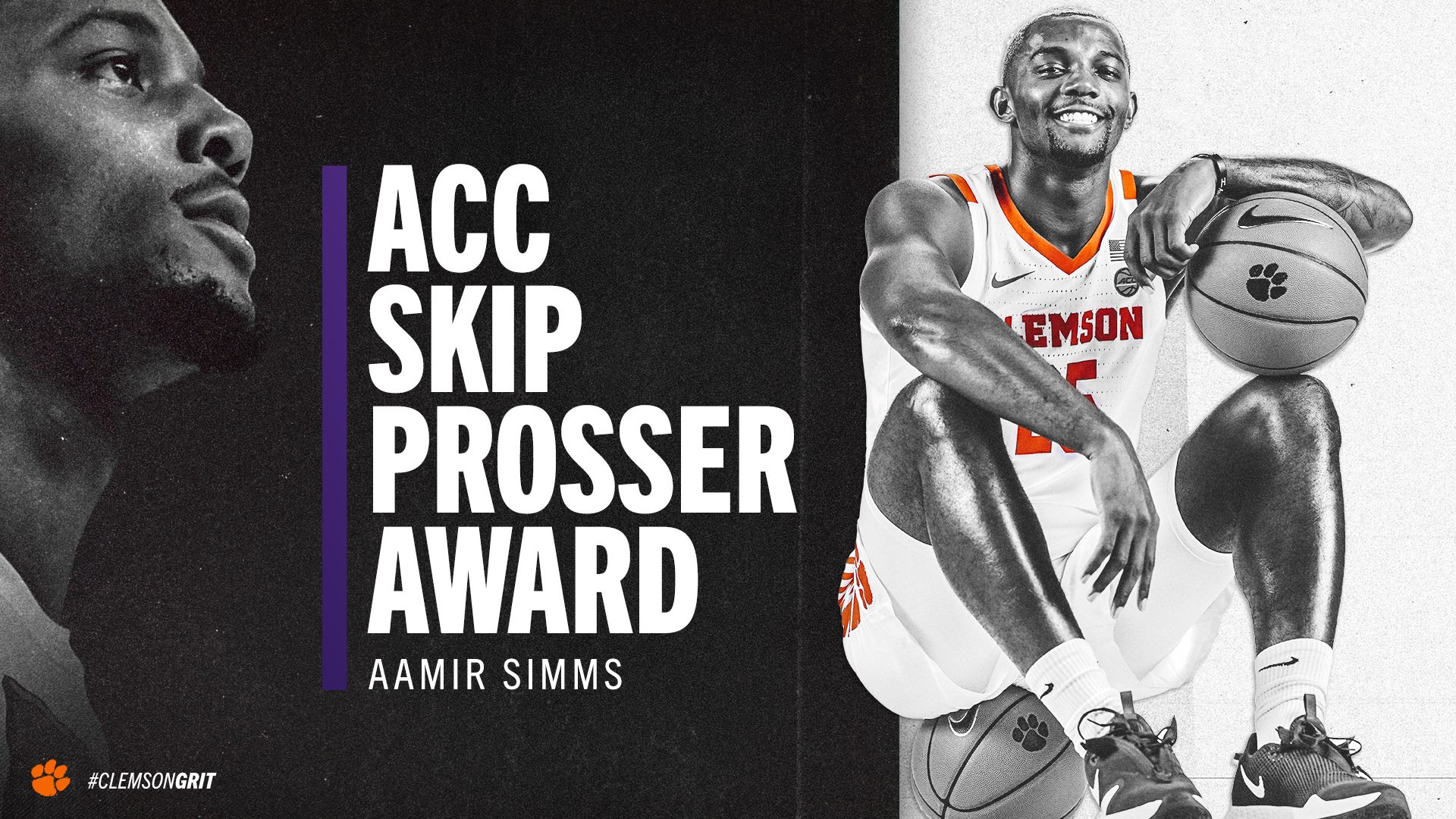 Simms is a three-time member of the All-ACC Academic Basketball team. The Palmyra, Va., senior carries a 3.25 GPA with a major in sport communications, including a 3.60 GPA in the Fall of 2019 and earning Dean’s List honors in the Fall of 2020. He has completed two, for-credit internships with the non-profit US Play Coalition.

Simms is Clemson’s second honoree of the Skip Prosser Award. Cliff Hammonds won the inaugural award back in 2008.

“Aamir is a tremendous student-athlete and a great ambassador for not only our basketball program, but for Clemson University,” said Head Coach Brad Brownell. “It’s been a pleasure to witness his evolution as a player on the court and student in the classroom these last four years. To earn the ACC Skip Prosser Scholar-Athlete Award is such a high honor. Coach Prosser was an outstanding teacher and coach and there isn’t a better representative for this award than Aamir Simms.”

The Skip Prosser Award is presented annually to the top scholar-athlete in ACC men’s basketball.  It is named in memory of Wake Forest head basketball coach George Edward “Skip” Prosser, who passed away on July 26, 2007. Prosser compiled a 291-146 career record in 14 seasons as a head coach, including a 126-68 mark in his six years with Wake Forest. Every Wake Forest senior he coached graduated, and the Deacons placed nine players on the annual All-ACC Academic Basketball Team during his tenure.

To be nominated for the Skip Prosser Award, a student-athlete must be an upperclassman with a grade-point average of 3.0 or better – both in his career and in the previous two semesters. Sixty percent of the award is based on academic achievement and 40 percent on athletic accomplishments. 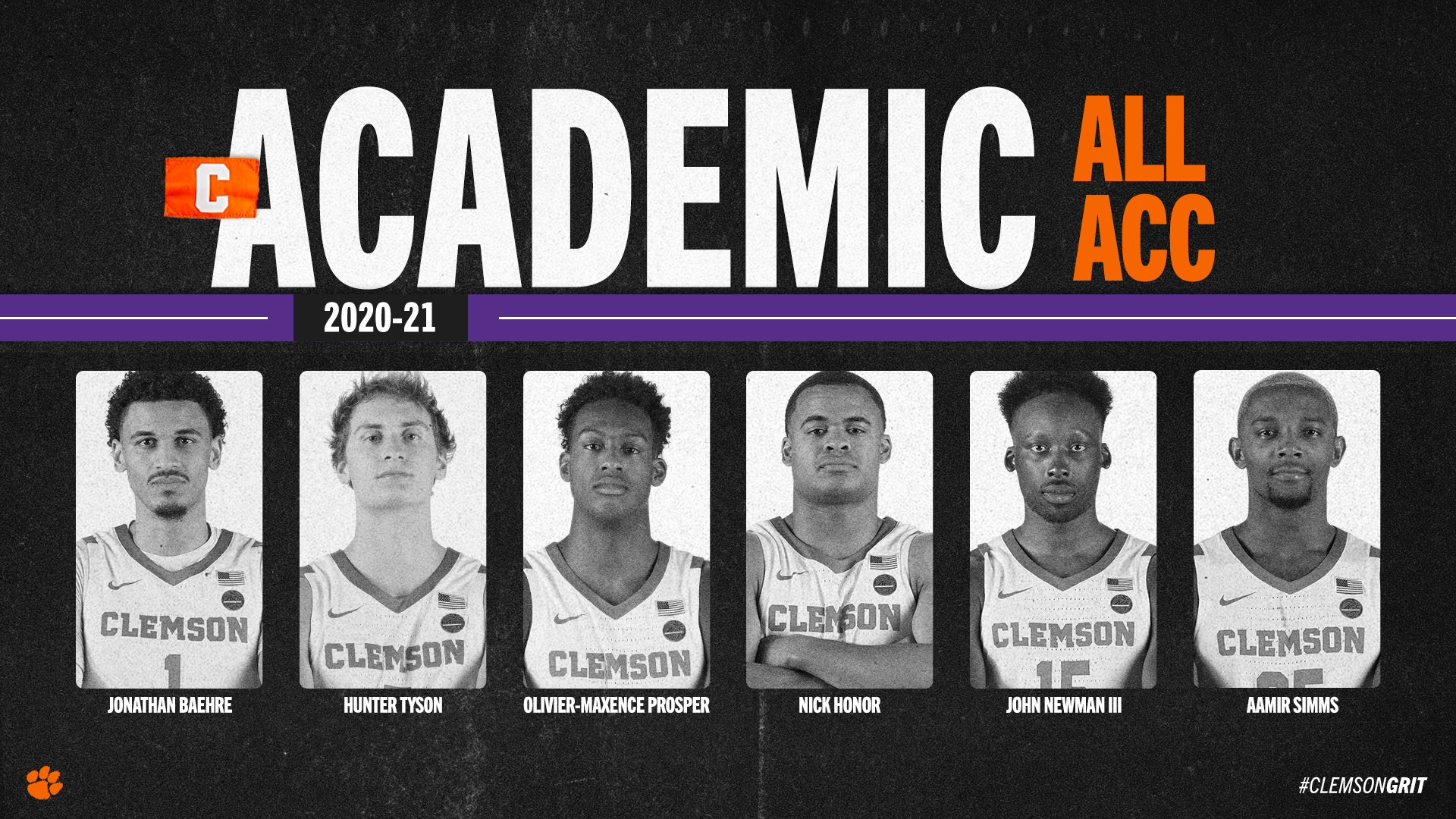 This is Simms’ third time being recognized on the All-ACC Academic team. Joining Simms are Hunter Tyson and John Newman III who both received their second academic honors from the league.

Jonathan Baehre, Nick Honor and Olivier-Maxence Prosper were all named All-ACC Academic for the first time.

To be eligible for the All-ACC Academic team, a student-athlete must have earned a 3.00 grade point average for the previous semester and maintained a 3.00 cumulative average during his academic year. The award is based on 60.0 percent on academic achievement and 40.0 percent on athletic accomplishment.