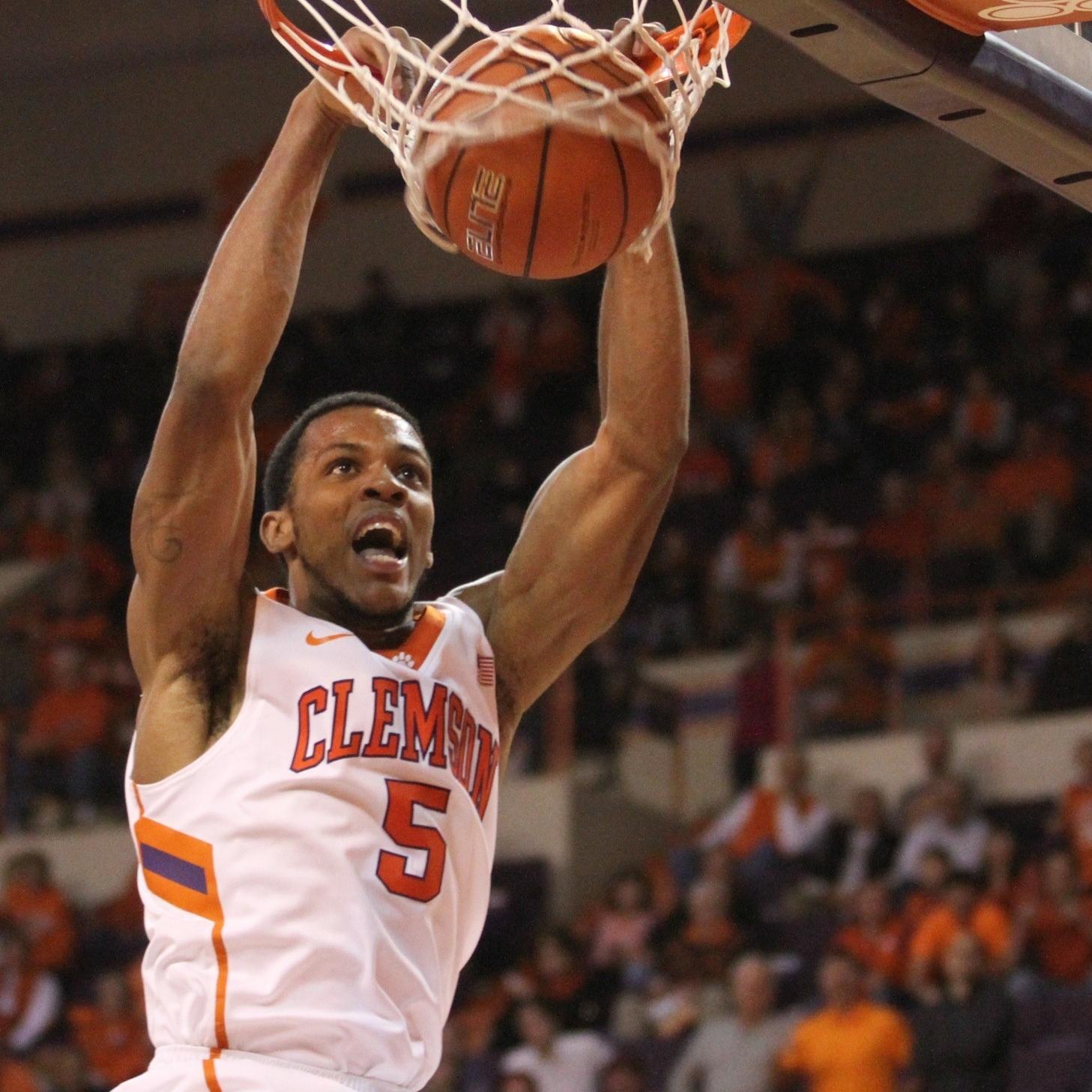 “Is the glass half empty or half full?”

It’s a philosophical question, of course, but if you know anything at all about Jaron Blossomgame and his approach to the game of basketball, it shouldn’t take long to determine where he stands.

Even as he sat out his freshman season recovering from a compound fracture in his leg suffered in April of his final semester of high school, he never wavered in his positive, “glass half full” mindset.

Perhaps that explains why Blossomgame’s personal confidence is sky-high four games into the ACC regular season.

Now a redshirt sophomore, the 6-foot-7 Blossomgame is Clemson’s leading scorer and rebounder. And despite his team’s 1-3 start to league play, it’s obvious the optimism still abounds for the Tigers’ budding playmaker.

“We’ve beaten Arkansas and LSU; we played well at Louisville and beat Pitt on the road,” he said. “But we’ve also lost games we shouldn’t have. With consistency, we can move forward and get past this 1-3 start.”

Who can argue with that assertion? Clemson has faced arguably the most daunting first five games of any ACC team, which includes an upcoming Saturday matinee (4 p.m.) pitting the Tigers against Jim Boeheim’s 4-0 (13-4 overall) Syracuse Orange.

As the Tigers prepare for a three-game home stand, Blossomgame’s emergence as a primary player is one of Clemson’s top storylines. A season ago, he was a regular starter but averaged just 4.9 points per game as he filled a role on a team led by an early-entry turned NBA-rookie highlight sensation, K.J. McDaniels. But this season, coaches challenged him to step up his game and deliver more productivity.

He’s certainly done his share of that. He reached double figures in 13 straight games at one point. He’s rebounded at a high rate, with seven double-figure totals to lead all Tigers. And he’s done it all with a great mixture to a growing offensive skill set.

“I’m considered small at my position, but I use that to my advantage,” he said. “I’m quicker than most of the guys that guard me. I have the freedom to shoot or attack the lane, so I try to keep my defenders guessing. It’s benefited both me and the team.”

Blossomgame knows the Tigers will have to shoot the ball well against Boeheim’s patented 2-3 zone, but he also believes Clemson’s most pressing need is to improve its team defense — one of the strengths of last year’s group.

It’s 2015, and Blossomgame is no longer a role player. And despite some of the frustrations this season, he trusts the process. He believes in himself. And most importantly, he believes in his coaches and teammates.

“We’re still a team that’s learning,” he said. “We’re still fighting and trying to find our identity. It’s a long season and it’s not over yet, but we need people to believe in us outside of our locker room. We’re doing everything we can to get wins.”