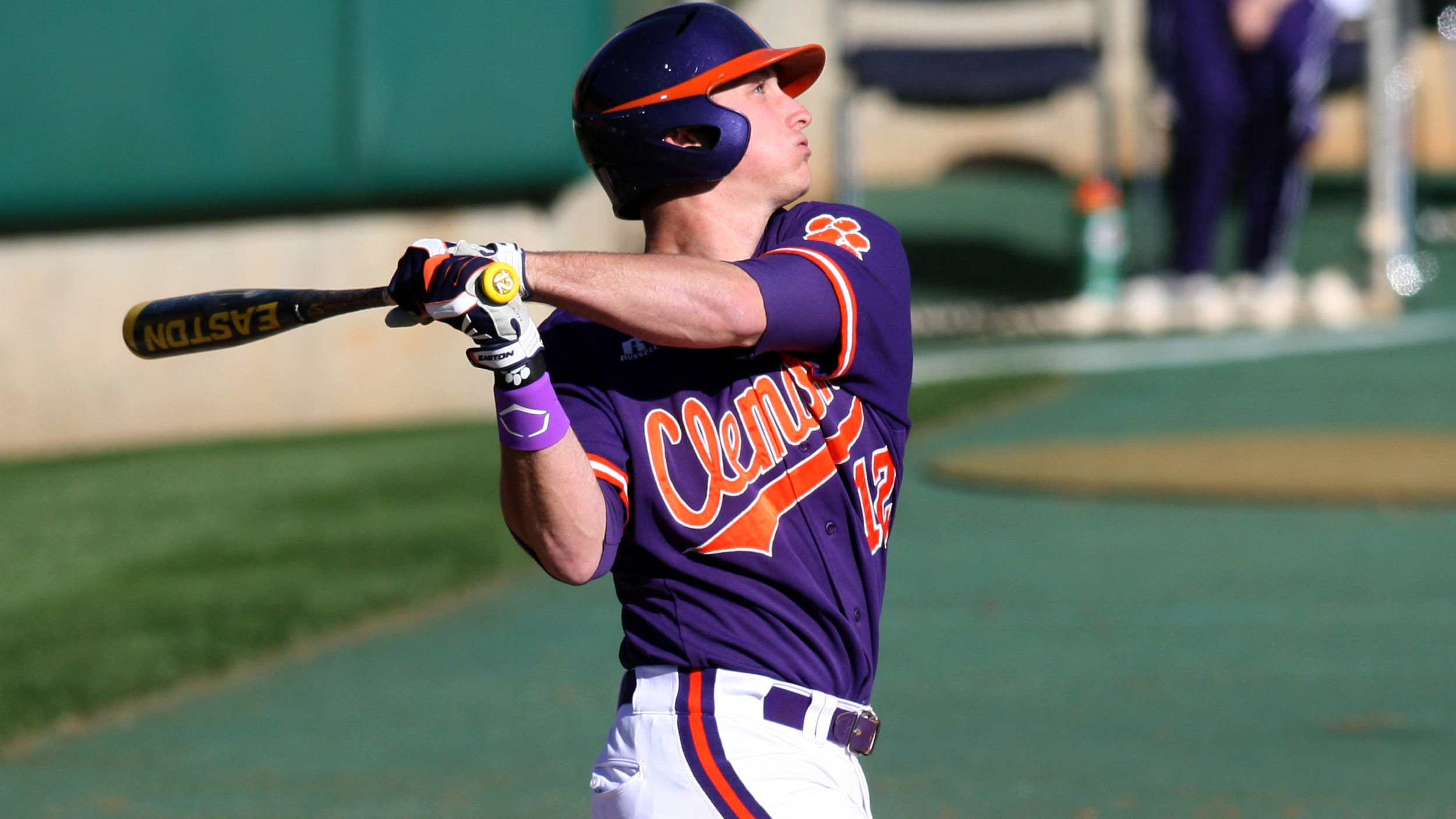 Sophomore lefthanders Brandon Leibrandt and Billy Strode combined to scatter 13 hits and allow only one run to lead #8 Florida State to a 6-1 victory over #14 Clemson in front of 4,979 fans at Dick Howser Stadium on Saturday afternoon.  The Seminoles, who won the series 2-1, improved to 44-11 overall and 20-10 in the ACC.  The Tigers finished the regular season with a 39-17 overall record and an 18-12 ACC mark.

Leibrandt (9-4) earned the win despite yielding nine hits, one run, and two walks with three strikeouts in 5.0 innings pitched.  Strode recorded his first career save by tossing 4.0 scoreless innings, allowing four hits, no runs, and no walks with two strikeouts.

Tiger starter Zack Erwin (5-1) suffered the loss, as he gave up six hits, three runs, and one walk with one strikeout in 2.0 innings pitched.

The Tigers wasted little time taking the game’s first lead in the first inning.  Maleeke Gibson led off with a double down the right-field line, moved to third on Steve Wilkerson‘s groundout to short, and scored on Steven Duggar‘s single through the right side.

In the second inning, Jose Brizuela reached on a bunt single with one out and scored on Giovanny Alfonzo’s double down the left-field line.

DJ Stewart led off the third inning with a single to left field and Stephen McGee flared a single to right-center.  Marcus Davis laced a single to right field to score Stewart.  John Nogowski hit a chopper to third on a potential double-play grounder, but the ball went under third-baseman Shane Kennedy‘s glove and McGee scored to give Florida State a 3-1 lead.

Tyler Krieger drew a one-out walk in the fourth inning and Jon McGibbon lined a single to right field.  Thomas Brittle walked to load the bases, but the next two Tigers were retired without Clemson scoring a run.

In the top of the sixth inning, singles by Krieger, McGibbon, and Brittle loaded the bases with no outs, but the next three Tigers were retired without Clemson scoring a run.

Brizuela led off the bottom of the sixth inning with a bloop single to left-center and Alfonzo was hit by an 0-2 pitch.  After both runners moved up a base on John Sansone’s sacrifice bunt, Seth Miller belted a 1-2 pitch up the middle for a single to score Brizuela and Alfonzo, giving the Seminoles a 5-1 lead.

Garrett Boulware reached with one out in the top of the seventh inning on a fielding error at short by Alfonzo, then Kennedy singled through the right side.  However, Boulware, who was running on the pitch, was thrown out at third base by rightfielder Jameis Winston on Kennedy’s single.  Krieger hit a chopper up the middle that Alfonzo booted again, but he caught the bouncing ball and stepped on second to end the inning.

Davis led off the bottom of the seventh inning with a walk, advanced to second on a wild pitch, and moved to third on Nogowski’s flyout to center.  Davis then scored on a wild pitch on an 0-2 pitch to Winston.

In the ninth inning, pinch-hitter Kevin Bradley led off with a single through the left side, but was erased two batters later on Duggar’s fielder’s choice.  Boulware hit a two-out double to right field to advance Duggar to third, then Kennedy hit a line drive to left field.  But it was right at Stewart for the game’s final out.

Stewart, McGee, Brizuela, and Alfonzo all had two hits apiece to pace the Seminoles’ 13-hit attack.

McGibbon had a game-high three hits to lead the Tigers, who totaled 13 hits in the game.  Duggar, Boulware, and Brittle added two hits apiece.