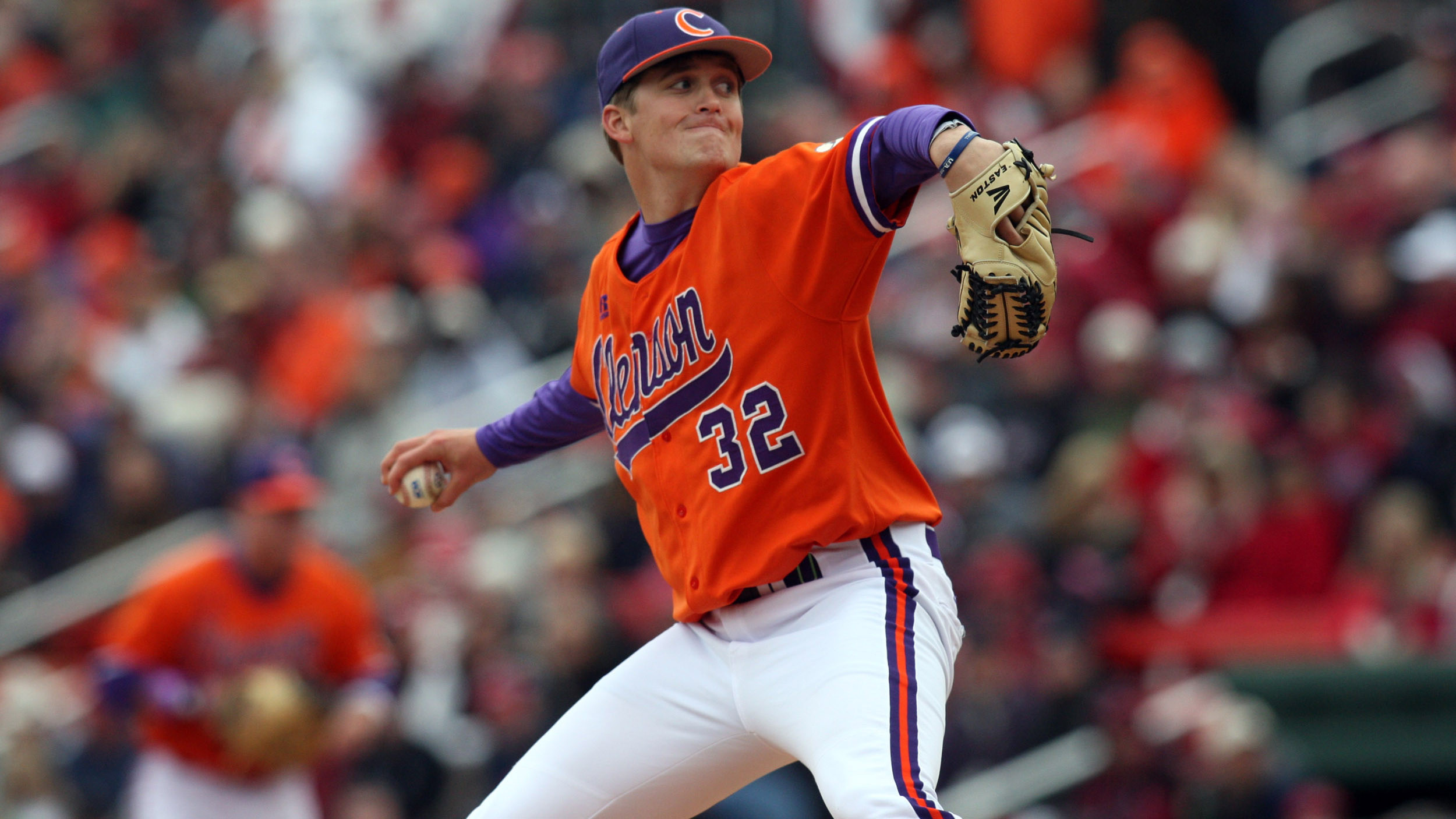 Florida State scored two runs in the first inning and had runners at the corners with no outs before the Tigers worked out of the jam.  Those were the only two runs of the game the Tiger pitching staff gave up.  Clemson put its leadoff batter on base five straight times from innings 3-7, but only managed one run in those five frames and fell one run short.

Seminole starter Luke Weaver (6-2) earned the win by pitching a career-high 7.1 innings.  He allowed seven hits, one run, and two walks with eight strikeouts.  Billy Strode retired the only batter he faced in the eighth inning, then Robbie Coles pitched a hitless and scoreless ninth inning to record his ninth save of the season.

Matthew Crownover (7-2) suffered the loss, as he yielded five hits, two runs, and no walks with three strikeouts in 4.1 innings pitched.  Clate Schmidt, who was making his first appearance since suffering an injury on May 6, pitched 3.2 innings in relief, allowing no hits, no runs, and no walks with one strikeout.  Crownover and Schmidt combined to allow only two hits after the first inning.

The Seminoles grabbed the game’s first lead in the first inning.  Brett Knief led off with a single to right-center and DJ Stewart laced a double down the left-field line to advance Knief to third.  After Stephen McGee loaded the bases with no outs on a hit-by-pitch, Marcus Davis grounded a 1-2 pitch through the right side for a single to score Knief and Stewart.  It marked the first time in 13 starts in 2013 that Crownover gave up a run in the first inning.  But with runners on first and third and no outs, Crownover retired the next three Seminoles without allowing another run.

Steve Wilkerson led off the sixth inning with a single to left-center.  Two batters later, Garrett Boulware ripped a one-out double down the left-field line, then Shane Kennedy grounded out to short to score Wilkerson.

In the ninth inning, Kennedy drew a one-out walk, but Tyler Krieger lined into a game-ending double play.

Davis had both of Florida State’s RBIs, while Knief and Stewart scored the Seminoles’ two runs.

Wilkerson was the only player in the game with multiple hits, as he went 3-for-4 with a steal.  Kennedy added two walks, but his 11-game hitting streak came to an end.  Clemson outhit Florida State 7-5 and had two more batters reach base than the Seminoles.