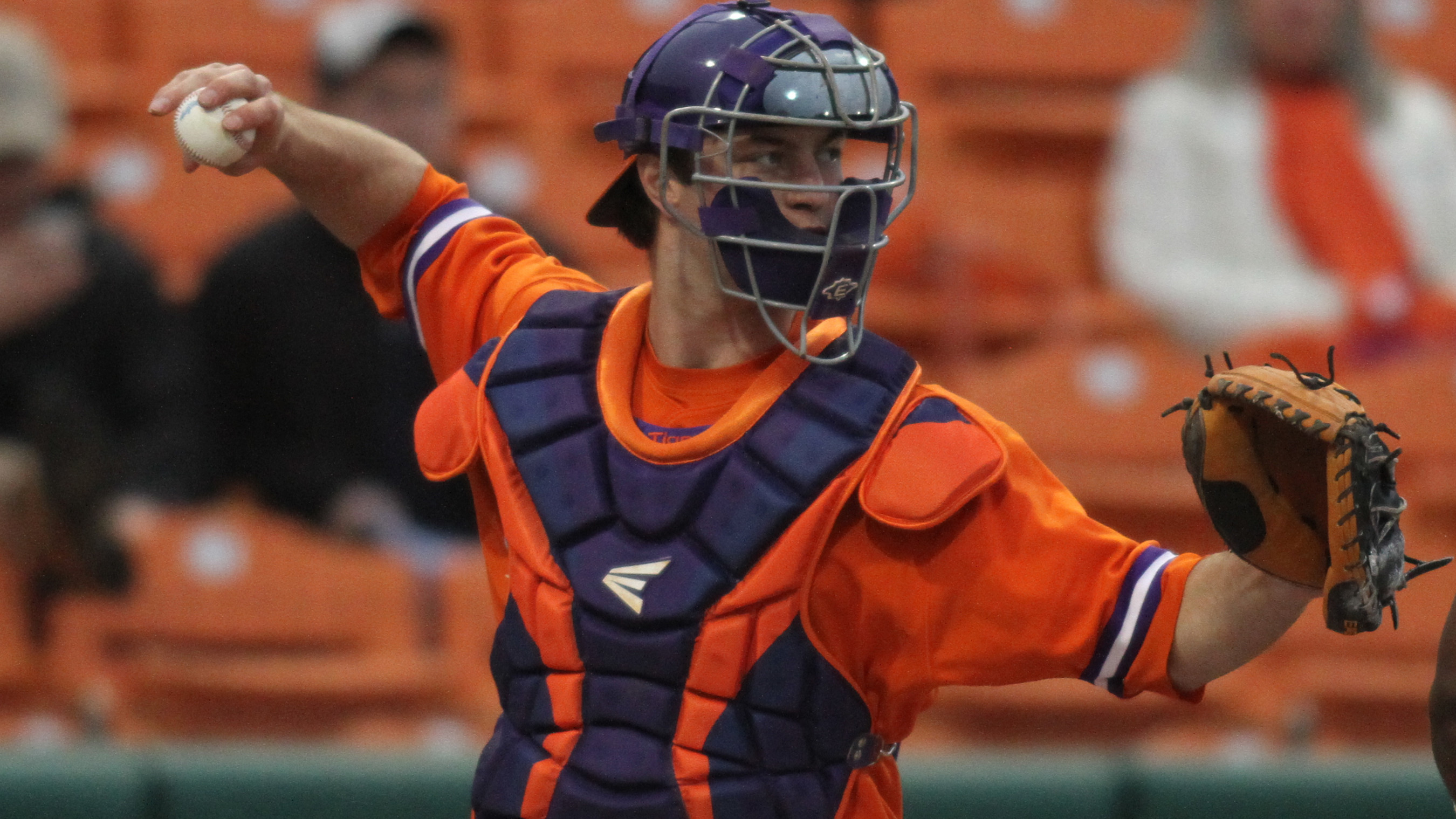 #7 Gamecocks Down Tigers 6-0 in Series-Opener Friday

Jordan Montgomery tossed 8.0 scoreless innings of three-hit ball with a career-high nine strikeouts to lead #7 South Carolina to a 6-0 victory over Clemson in front of 6,016 fans at Doug Kingsmore Stadium on Friday night.  The Gamecocks, who took a 1-0 lead in the series, improved to 7-1 on the season.  The Tigers, who saw their four-game home winning streak in the series end, dropped to 5-3 in 2013.

The Gamecocks plated one run in the fifth inning, then added five combined runs, all unearned thanks in large part to two Tiger errors, in the seventh and eighth innings to pull away.

Montgomery (3-0) earned his third win in as many starts in 2013 by allowing just three hits, no runs, and two walks with nine strikeouts in a career-high-tying 8.0 innings pitched.  Tyler Webb struck out all three batters he faced in the ninth inning to close out the game.  The two lefthanders combined to allow no Tigers to advance past second base.

The Gamecocks scored the game’s first run in the fifth inning.  Brison Celek and Grayson Greiner led off with singles, then TJ Costen moved the runners up a base with a sacrifice bunt.  Tanner English was retired on a groundout, but pinch-runner Shon Carson alertly took off for home and scored after shortstop Tyler Krieger‘s throw to first base.

In the bottom of the fifth inning, Garrett Boulware hit a line drive off the top of the wall in left field for a double, but he was thrown out at third after oversliding the base for the inning-ending out.

South Carolina took advantage of a costly Clemson error in the top of the seventh inning to score three unearned runs on only one hit and three walks.  With one out, Shane Kennedy dropped TJ Costen’s high flyball in left field, then English and Graham Saiko walked to load the bases.  Chase Vergason walked on seven pitches to score Costen, then Max Schrock plated English on a sacrifice fly to center.  LB Dantzler followed with a single to right field to score Saiko.

In the bottom of the seventh inning, Steve Wilkerson led off with a double down the left-field line and Kennedy walked.  But the next three Tigers were retired to keep South Carolina ahead 4-0.

South Carolina added two more unearned runs to its lead in the eighth inning.  Kyle Martin led off with a single through the right side and Greiner walked.  Martin was retired at third base on Costen’s bunt, then English laid down another bunt and reached on an error.  Greiner scored on the play, then Costen scored on Saiko’s sacrifice fly to center.

Saiko led the Gamecocks, who totaled five hits in the contest, by going 1-for-2 with an RBI, a run, and two walks.  Costen scored a game-high two runs as well.

Wilkerson and Boulware both hit doubles, the only two extra-base hits of the game, for the Tigers.

Clemson and South Carolina will face off at Fluor Field in Greenville, SC on Saturday at 2:00 PM.  The game will be televised by WMYA (My40) in the Upstate of South Carolina and Western North Carolina.