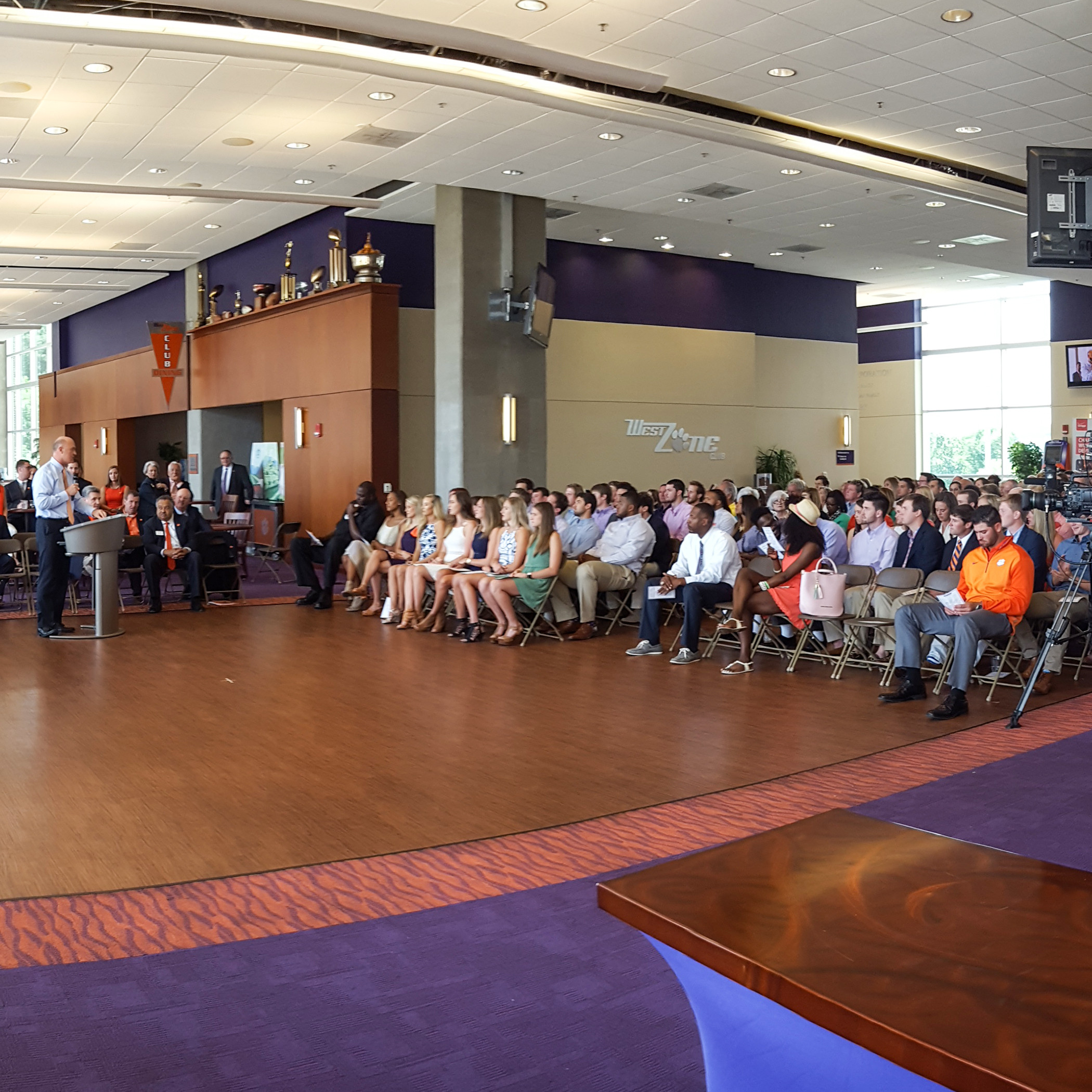 Among the graduating class are five baseball student-athletes competing later this evening as well as Miller Capps, who will tee off in the NCAA Men’s Golf Regionals next week. Included in the group are five members of 2015 ACC and Orange Bowl Champion Tiger football program, seven student managers and three athletic trainers.

Tree Rollins, who played 18 seasons in the NBA following his 1973-77 basketball career at Clemson, headlines a group of four graduating through the Tiger Trust Program, which supports student-athletes returning to school after their eligibility is exhausted.

“This is a great opportunity to acknowledge the achievement and accomplishments of hardworking individuals who have represented Clemson with distinction during their athletic and academic careers,” Director of Athletics Dan Radakovich said. “Congratulations to each of these bright young men and women, and we wish them the best of luck in their future endeavors.”