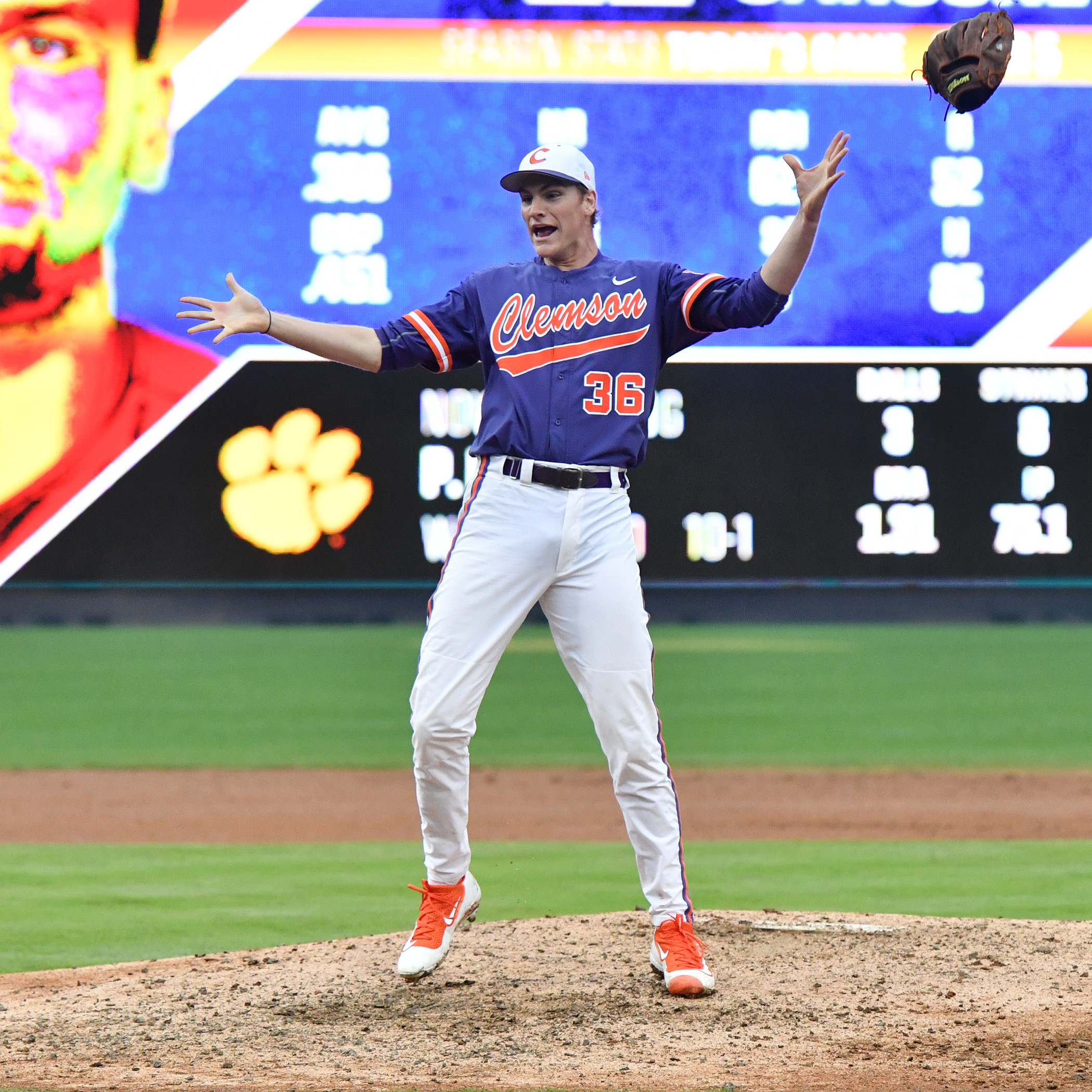 40 Games in the Making

DURHAM, N.C. – When I set a preseason goal to go to at least 40 Clemson baseball games this year, I never would have dreamed that game No. 40 would feature the Tigers defeating the Florida State Seminoles to win the ACC Tournament title.

I never would have dreamed that about an hour after the Tigers became ACC champions, it would be announced that they were going to be hosting an NCAA Regional and are squarely in the conversation to be a national seed entering the NCAA Tournament.

And I most certainly never would have dreamed that the 18-13 ACC Championship win over Florida State would last over eight hours courtesy of multiple weather delays and explosive offense when the teams were on the field.

The championship game was a perfect demonstration of the fight, toughness and looseness that this team has exhibited all season. The Tigers have battled back and won a good number of games in come-from-behind fashion, including the matchup that led to them having the opportunity to play in the ACC title game.

They have won a good number of games that have been rain-delayed, lightning-delayed, lights-going-out-at-11:45-p.m.-delayed…and have constantly showed a tremendous amount of poise under any pressure thrown their way. That was showcased on Sunday, especially when, instead of emerging showing signs of fatigue or nervousness after over four hours of rain delays, the team came out of the dugout as loose as ever to play the ninth inning.

The championship game was also a testament to the way that Clemson’s wins are defined by full team efforts, something that players have stressed all season is a unique quality of this team. Every single starter got on base during the game, and all but one scored in the 18-run, first-four innings.

A first-year freshman (Brooks Crawford) had to step up and start the game on the mound, and multiple relievers were involved in closing out the Seminoles. Head coach Monte Lee has emphasized the ideals of players doing their job, no matter how small, and being great where their feet are, and it is obviously working.

“These guys have stuck together and showed up every single day with a common belief that they can go out there and compete with anybody,” Lee said after winning the championship. “I couldn’t be prouder of these guys. It’s a selfless group of players. This is a selfless group of men who show up every single day and compete pitch-by-pitch, inning-by-inning, game-by-game.

“One of the things we preach is to be selfless, show up every day and do your job and help your team win, and they have bought into that. We’re sitting here with 42 wins. We’re the ACC champions and we’re going to be playing at home, hopefully for the next few weeks.”

The road to Omaha starts now, and I can’t wait to see what kinds of things these Tigers accomplish in game No. 41 and beyond.