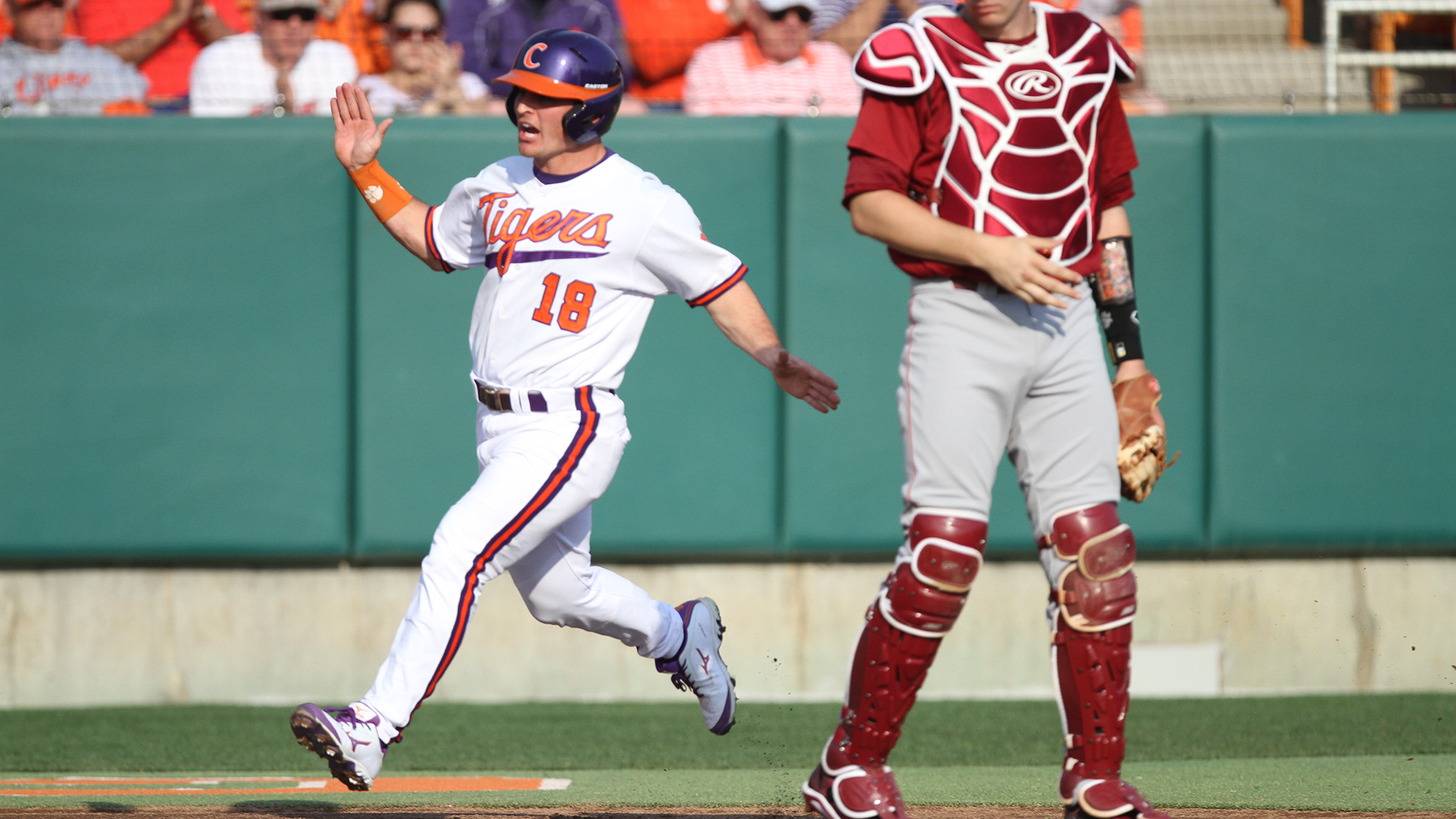 The #3 South Carolina Gamecocks scored four two-out runs in the ninth inning to rally for a 5-3 win over #11 Clemson in front of a capacity crowd of 6,016 fans at Doug Kingsmore Stadium on Sunday afternoon. The Gamecocks, who swept the series 3-0, improved to 10-0 on the season, while the Tigers fell to 6-4.

Cody Mincey (2-0) earned the win in relief, while Clate Schmidt (1-2) suffered the loss.

“We played a great eight innings,” said Head Coach Jack Leggett. “I was really proud of how we played and there’s a lot of good things ahead of us. Unfortunately, it’s a nine-inning ball game.

“South Carolina did a good job piecing together the last part of the inning. Clate was pitching extremely well for us…it was the right thing to keep him in there. It would be hard to take him out and put someone else in there after the way he was pitching. They just got to him a little bit and unfortunately for us, they put together some hits at the right time.”

Clemson scored a run in the first inning on Steven Duggar‘s single up the middle, which extended his hitting streak to 19 games. After the Gamecocks tied the score with a run in the fifth inning, the Tigers regained the lead in the sixth inning when Garrett Boulware scored after Chris Okey grounded into a double play.

The Tigers added an insurance run in the seventh inning on a two-out, run-scoring single by Tyler Slaton, who had three hits in the game. Tyler Krieger extended his hitting streak to 11 games as well.

But the Gamecocks scored four runs with two outs in the ninth inning to pull out the victory. Tanner English’s two-run double put South Carolina ahead for good.

The Tigers travel to Cullowhee, NC to take on Western Carolina on Tuesday at 4:00 PM. The game will be televised live by WMYA (My 40) and available on ESPN3.