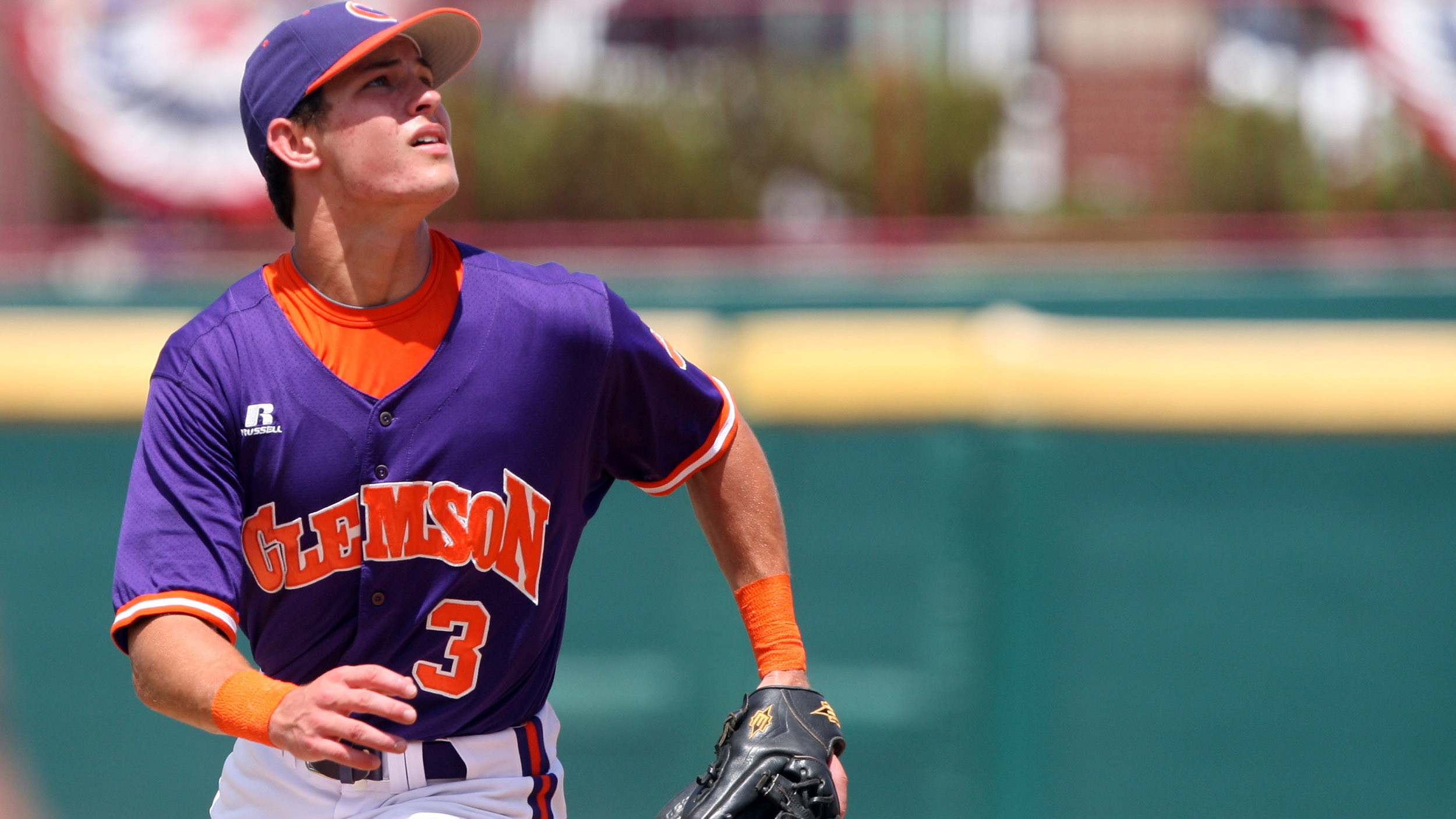 Trailing 6-1 in the fifth inning, Grayson Greiner hit a grand slam, then #3 South Carolina (8-0) took the lead for good with two runs in the sixth inning and held on for a 9-6 win over #11 Clemson (6-2) at Carolina Stadium on Friday night.

With the score tied 1-1 in the fourth inning, Tyler Slaton legged out a two-out, infield single to load the bases, then Tyler Krieger belted a bases-clearing double to give Clemson the lead. But the Gamecocks, who took a 1-0 lead in the series, stormed back by scoring the game’s final eight runs to snap Clemson’s six-game winning streak.

Greiner paced the Gamecocks with five RBIs, while Krieger had a team-high three RBIs for the Tigers. Steven Duggar extended his hitting streak to 17 games as well.

The two teams square off at Fluor Field in Greenville on Saturday at 2:00 PM. The game will be televised live by WMYA (My 40) and available on ESPN3. Fan Fest, which opens at 10:00 AM, will be on Main Street outside of Fluor Field. Clemson’s bus will arrive at the corner of Main Street and Markley Street at Fluor Field at 11:00 AM. Like football gamedays, there will be a Tiger Walk into the stadium.