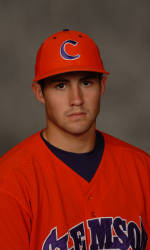 Burns (6-4) earned the win, as he yielded seven hits, one run, and no walks with three strikeouts in 8.0 innings pitched. Brad Rulon pitched a scoreless ninth inning to close out the game.

After the Tigers had the bases loaded with one out in the second inning and failed to score, the Yellow Jackets scored a run in the third inning. Chris House led off with a single through the left side and went to second on Jason Haniger’s sacrifice bunt. After checking his swing on a 2-2 pitch, Charlie Blackmon drew a walk after fouling off several 3-2 pitches. Jeff Rowland then singled to left-center to score House.

The Yellow Jackets added to their lead in the fourth inning with four runs. Tony Plagman led off with a single through the right side and Brad Feltes followed with a walk. After Thomas Nichols struck out, House was hit-by-pitch to load the bases. Jason Haniger’s single to right field plated Plagman and Blackmon was hit by another pitch to score Feltes. Rowland walked to score House and Luke Murton followed with a soft liner to left field that fell in for a single to plate Haniger.

In the sixth inning, Haniger led off with a double to left. Three batters later, Murton hit a two-out single through the left side to score Haniger.

In the seventh inning, Derek Dietrich led off with an infield single and advanced to second on Plagman’s groundout. Two batters later, Nichols hit a two-out double to right field to score Dietrich, giving Georgia Tech a 7-0 lead.

The Tigers dented the scoreboard with a run in the eighth inning. Mike Freeman led off with a single down the left-field line and Jeff Schaus followed with a double down the right-field line, as Freeman moved to third base. Kyle Parker’s groundout scored Freeman, but the next two Tigers were retired to keep Georgia Tech ahead by six runs.

Murton went 2-for-4 with two RBIs to lead the Yellow Jackets, who had 10 hits. John Hinson went 3-for-4 to lead the Tigers, who totaled eight hits.

Clemson and Georgia Tech will play the series-finale on Sunday at 1:00 PM.